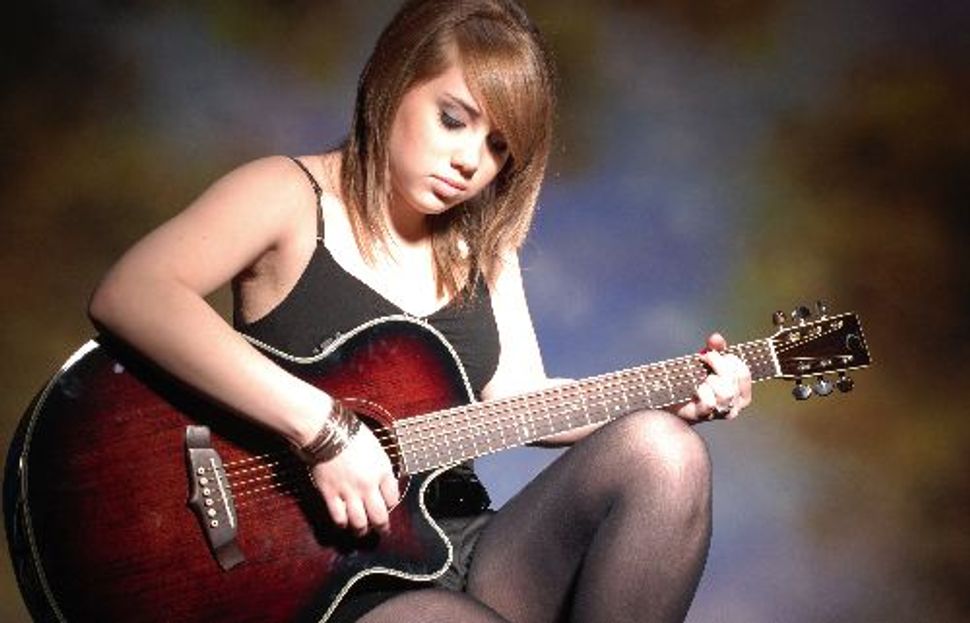 Could the next guitar-toting, post-adolescent pop sensation — a la Taylor Swift or Colbie Caillat — be a 16-year-old Jewish girl from suburban Montreal?

If the buzz around Brittany Kwasnik, a soft-spoken singer-song writer, is any sign, there’s a good chance.

Kwasnik, who started writing songs in her bathroom, went from musician in hiding to a record contract almost overnight. After hearing a song she wrote last year, friends encouraged Kwasnik to post it on YouTube, which she did with only an old photograph of herself.

A few days and 37,000 hits later, Kwasnik caught the attention of LA-based music impresario Greg London; a couple of months after that, she was on a plane to Los Angeles, where her debut CD, “I Don’t Know Me” was produced by ex-Rembrandts frontman David Zeman. With her first album out, The Gazette, Montreal’s English-language daily, has already linked her style to famed singer-songwriters Tracy Chapman and Joan Armatrading.

With her cousin, music-industry veteran Sheldon Cwinn, as her manager, Kwasnik’s getting a crash course in how show business works. And she’ll need to be a quick study; the next year includes plans for tours of Australia and Japan, as well as recording of her sophomore album.

While her profile climbs – her single, “Breathe”, has gotten over 130,000 hits on YouTube – Kwasnik is still a 10th grade student at Riverdale High School in western Montreal and lives at home with her parents. Her family’s telephone number is listed. And she doesn’t plan on leaving Canada’s second city for greener pastures anytime soon. “Montreal’s home and it feels like home. I feel in place because I’ve grown up here,” she said.

But if fans have their way, she may not be spending much time there.