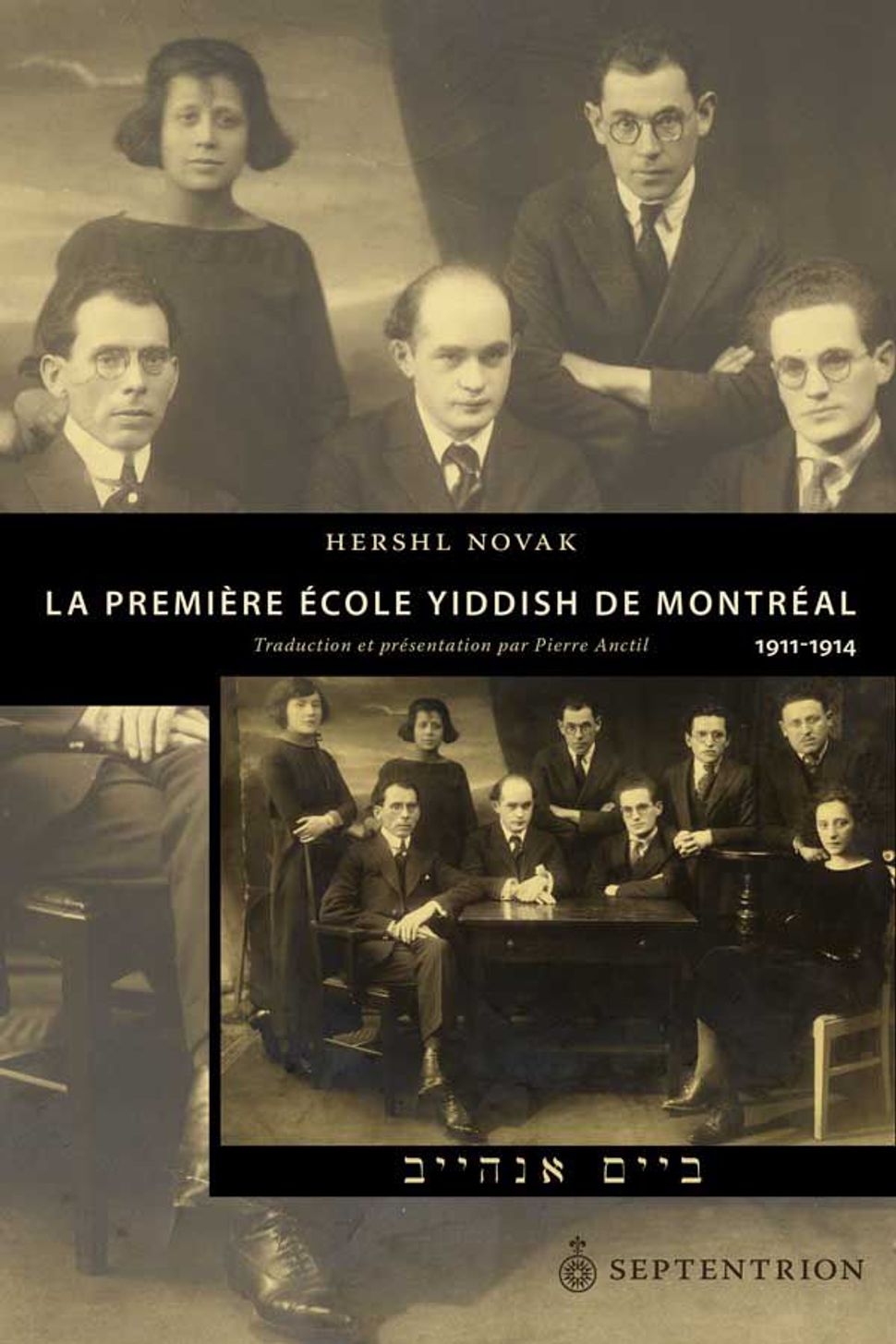 With the recent rise in antisemitic violence in Montreal, Canada, such incidents are at an “all-time high” nationwide, according to B’nai Brith Canada.

Even a century ago, however, Canada offered protection to Jews’ “households and rights,” to quote the French version of the Canadian national anthem. A reminder of such days recently appeared from Les éditions du Septentrion, a small Québec City press: “Montreal’s First Yiddish School, 1911-1914.”

This collection of texts by Hershl Novak, a Polish Jew from a Hasidic family who immigrated to Montreal in 1909, is translated and prefaced by Pierre Anctil, a University of Ottawa historian. Anctil has also translated three other illuminating texts for the same publisher, about the Canadian Jewish worker’s movement; the memoirs of publisher Hirsch Wolofsky; and a study of Canadian Hebrew and Yiddish literature.

In the newest book, Novak describes how he co-founded the first Yiddish school on rue Prince-Arthur in Montreal, dubbed the Maylender Shul (or Mile End School, referring to a Montreal neighborhood), and later renamed after I. L. Peretz. Novak’s youthful revolutionary sympathies are clear from an anecdote in which, after a drunken Simchat Torah party, he appalled friends who were singing Hasidic melodies by breaking into “La Marseillaise,” until he was drowned out by shouts of “Shvayg du shaygets!” (Shut up, you lout).

Arriving in Montreal, Novak was undecided whether to become a rabbi, so he naturally wrote a long letter to the Bintel Brief column of the Forverts. His vast missive got no reply, so Novak cursed the oblivious Bintel Brief journalist, hoping that the “Master of the Universe makes him pay a hundredfold for the pain he caused me.”

Curses apart, Novak based his teaching methods on the gentle Montessori method, so that children went to Yiddish school, as Wolofsky later put it, “with much joy, instead of tears.” Novak’s pupils studied texts by the Russian radical Peter Kropotkin and the German socialist August Bebel, among others.

The Maylender Shul had a few harsh teachers, like Ernst Korenberger, a Viennese Jew who interrupted his lectures on Marx and Nietzsche by screaming “Donnerwetter!” (Dammit), if a pupil proved stupid. Yet the school was a positive success, and soon hosted world-famous Yiddish writers such as Sholom Aleichem and Sholem Asch. Novak, who died in 1952, was emotionally devastated by the tragedy of the Shoah, but ultimately his life was a triumphant one.