Evry Schatzman: From the Earth to the Stars 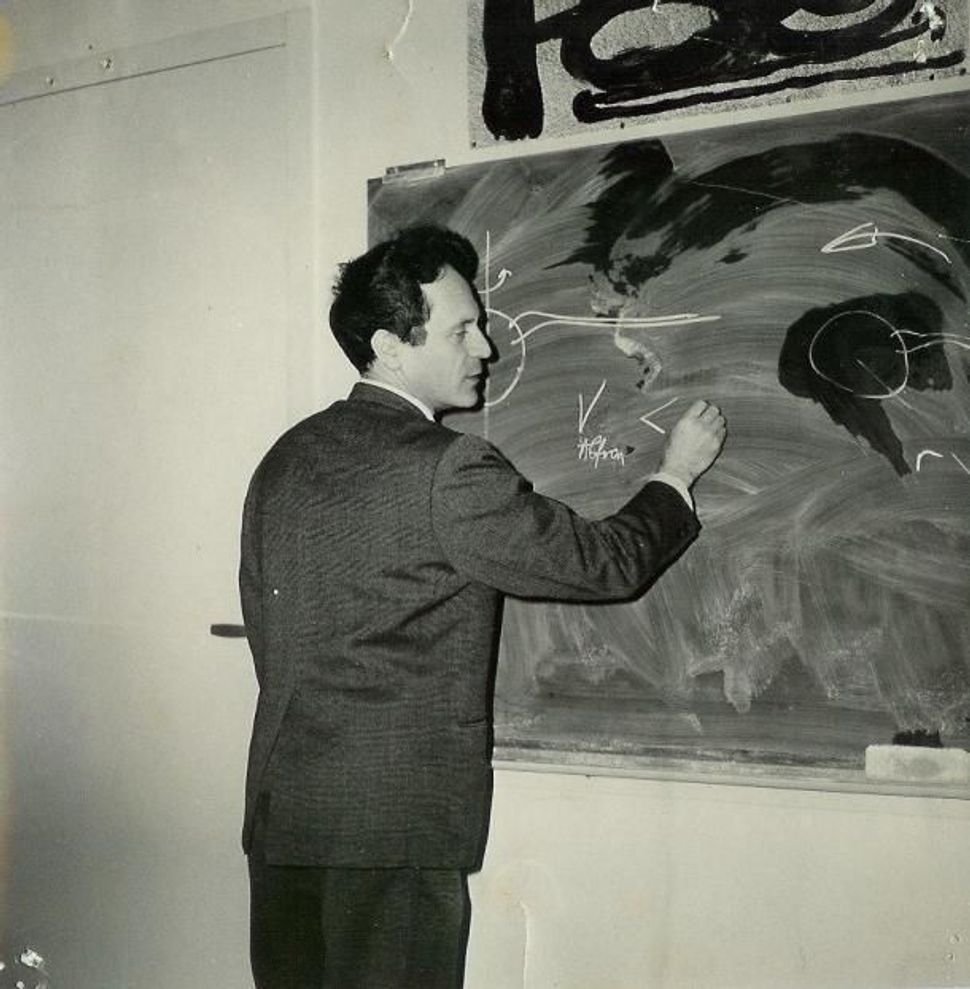 When Evry Schatzman died two months ago at age 89, France paid tribute to its “Father of Astrophysics,” one of the pioneering specialists in white dwarf stars, the solar corona, novae, and the interstellar medium.

In books like 1992’s “Our Expanding Universe” from McGraw-Hill Publishers and 1993’s “The Stars” from Springer Verlag, Schatzman also focused on such topics as the Big Bang and the universe’s future.

In 1986’s “Uranus’s Offspring” from Les éditions du Seuil, Schatzman also discussed extraterrestrial life. Yet Schatzman had powerful earthly experiences as well, as narrated in the diary of his father Benjamin Schatzman (1877-1942), who was murdered at Auschwitz.

An eminent Romanian-born dentist, the elder Schatzman emigrated with his family in 1882 to Zikhron Ya’akov, Palestine. After reaching France where he studied dentistry, he was named president of the nation’s Odontological Society in 1936, only to be arrested five years later in a roundup by collaborationist French police of “noteworthy” Jews. Imprisoned in Royallieu Internment Camp and transferred the following year to Drancy, Schatzman kept a detailed daily journal of his psychological and physiological responses to imprisonment.

He endured further transfers, to Pithiviers, then Beaune-la-Rolande, and back to Drancy before being sent to Auschwitz. Published in 2005 by les Editions Le Manuscrit as “Journal d’un interné” (“An Inmate’s Diary”), and reprinted by Les éditions Fayard the following year, Schatzman’s memoir is an essential historical record that imperatively deserves translation into English. In a preface, Serge Klarsfeld calls it a “quite extraordinary text,” expressing the “triumphant resistance of an elderly man facing violence and suffering, who by deepening self-knowledge through his ordeals, with loftiness and equilibrium, gives readers of good faith material of the highest value to help understand and defend human freedom.”

While his father suffered imprisonment, Evry Schatzman studied science and was active in the underground Resistance. After the war, Schatzman became involved in the Rationalist Union, co-founded in 1930 by the French physicist Paul Langevin, a fierce opponent of the Nazis.

The Rationalist Union, for which Schatzman served as president from 1970 to 2001, promotes reasoning over dogmatism. In a prescient 1989 book from Les éditions Odile Jacob, “Science Threatened,” (“La science menacée”) Evry Schatzman warned against growing anti-scientific prejudice, diagnosed its causes, and recommended solutions. The Schatzmans, both father and son, should be translated into English and heeded today, more than ever.

Evry Schatzman: From the Earth to the Stars