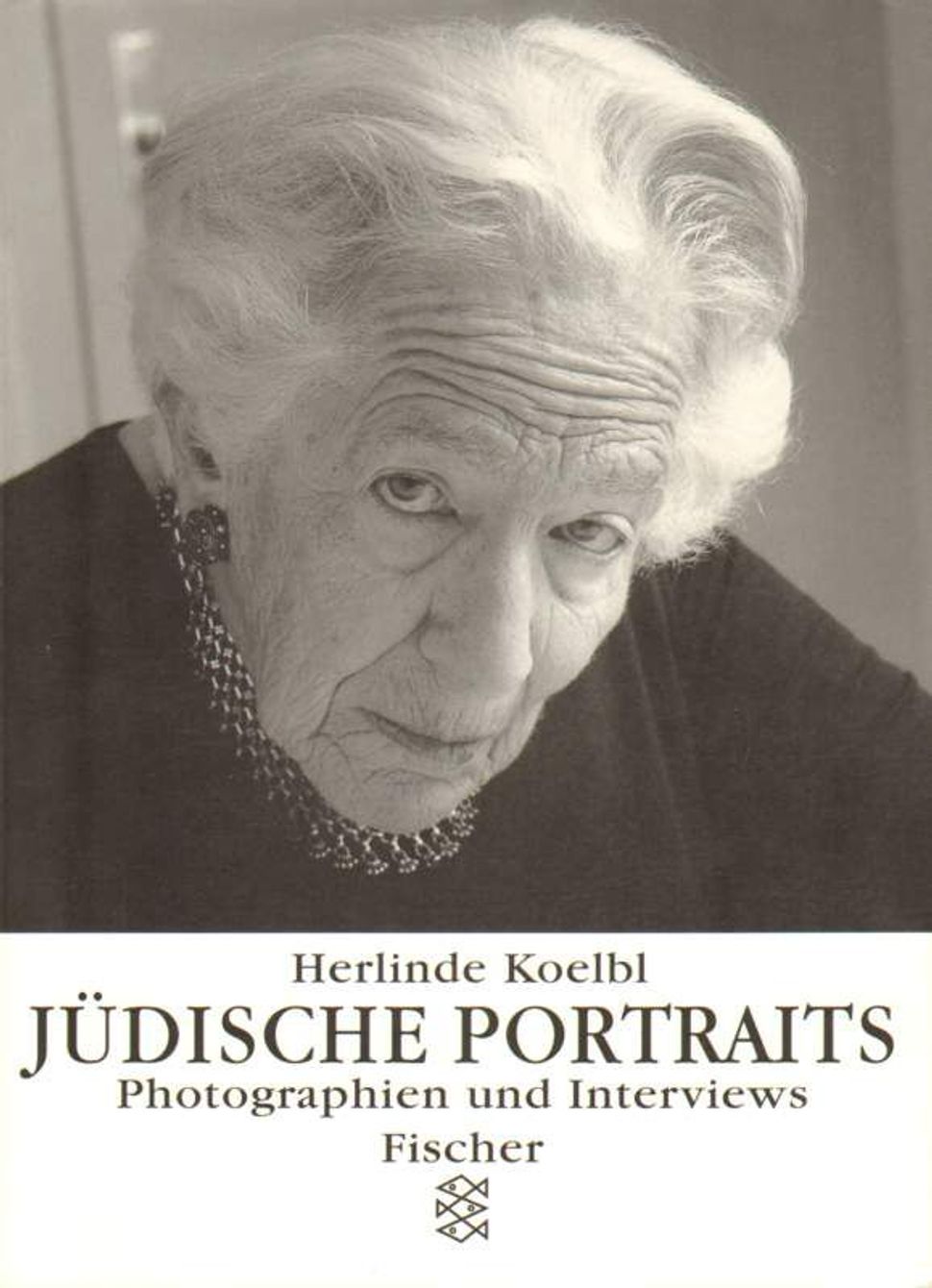 After the website and DVD “Old Jews Telling Jokes,” it can be a relief to find Jewish elders who are not trying to be adorable or cutesy. The publisher S. Fischer Verlag in Frankfurt, Germany has reprinted 1989’s “Jüdische Portraits” (“Jewish Portraits”), 80 interviews and accompanying photographs by Herlinde Koelbl, to go along with an exhibit on view at the Stadtmuseum Graz, Austria, until November 14.

Twenty one years ago, Koelbl conducted in-depth discussions with dozens of German-speaking Jewish overachievers. Her book’s reprint underlines its value as a time capsule, since most of the interviewees, then in their 80s, are now gone. Their advanced age makes this as much a text on enjoying a long and happy life despite travails, as it is about Judaism per se, although Koelbl has pointed questions for everyone about belief, the Shoah, and other Jewish topics.

The Hungarian Jewish soprano Gitta Alpár, noted for her peppy prewar performances, explains that people cannot “live with bitterness and hatred in our hearts,” in response to pressing questions about post-Auschwitz attitudes. The sociologist Norbert Elias agrees, adding that “being anti-German would be no less foolish than being antisemitic.” Martin Buber’s son Rafael has a nuanced reply to the question of belief after Auschwitz: “I believe in God, in a higher power, but not in his omnipotence.”

The Munich-born Auschwitz survivor Cordelia Edvardson, author of a 1984 memoir from Beacon Press, “Burned Child Seeks The Fire,” expresses her conviction that God, like Auschwitz, exists within man himself. Others frankly admit to being atheists, like the composer Berthold Goldschmidt, who claims: “The Old Testament is a fairy tale book for adults, but not for children.” Goldschmidt adds that he hopes there is no afterlife, where he might “have to make a career yet again on the Other Side.”

The literary scholar Käte Hamburger expresses delight at her first trip to Israel after wartime sufferings, experiencing a “tiny feeling of triumph” when international incoming flights were canceled for Yom Kippur, because all airlines “had to respect the Jewish holiday.” Yet there is precious little gloating in these pages. The psychotherapist Erika Landau expresses anguish to her friend Martin Buber before a postwar voyage to Germany, only to be urged by Buber to make the trip: “My dear child, you are hating a faceless crowd…You must not negate your childhood.” While not negating their younger years, these elders achieved illuminating wisdom in great age.

Listen to Gitta Alpár sing on a 1934 recording: