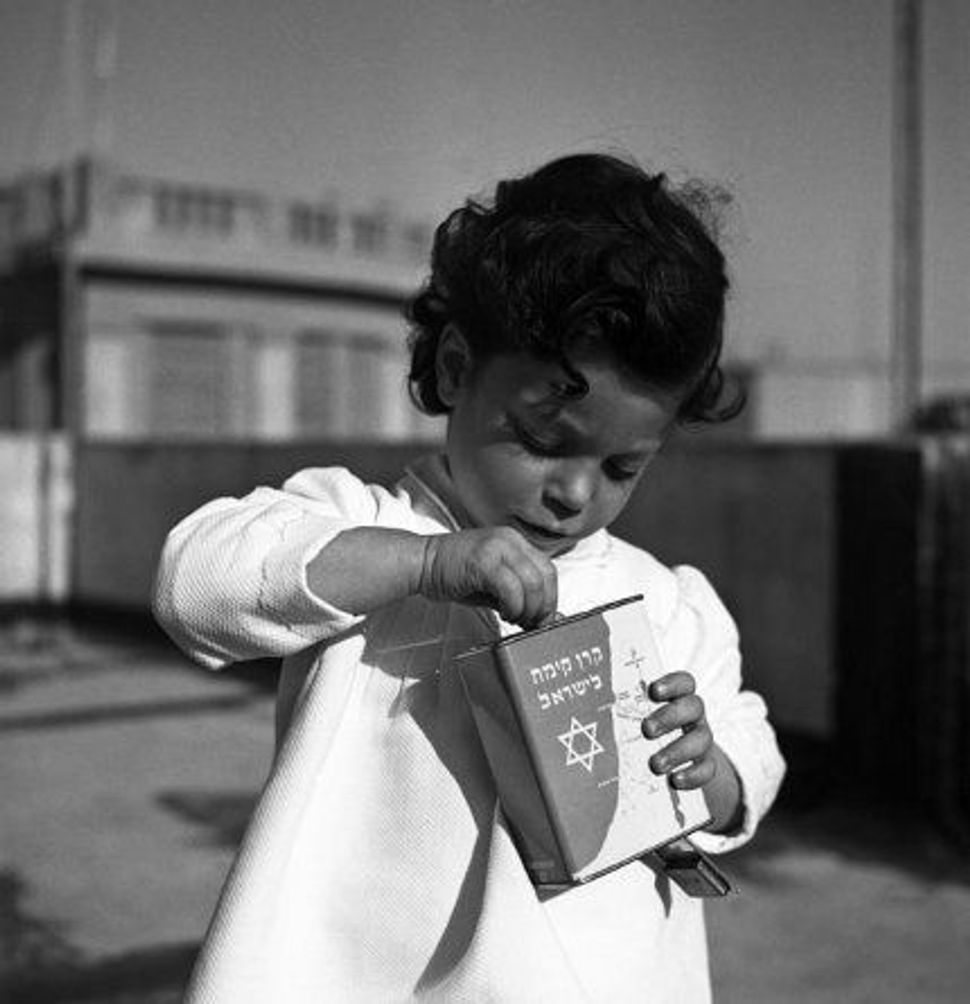 From February 10 through May 23, “Unexposed: Munich Photographers in Exile,” a compelling exhibit at Munich’s Jewish Museum, focused on the art and fate of three photographers who fled Germany for Palestine in the 1930s, thereby remaining mostly unknown in their native land.

Alfons Himmelreich (1904-1993), Efrem Ilani (1910-1999), and Jakob Rosner (1902-1950) all became pioneering photographers in Israel, as the exhibit’s lavish catalog from Kehrer Verlag demonstrates. The trio proved, as Rosner wrote in 1944, that “more than any other medium, photography has the power to give expression to the psychological or artistic value of a deed.”

In this case, the deed was the founding of the state of Israel. Rosner took photographs for the Keren Kayemeth LeIsrael – Jewish National Fund (KKL), including the iconic image, “Child with Keren Kayemeth LeIsrael Collection Box, c. 1945.” Honored with a 1944 exhibit of his photographs at the Bezalel Museum, the tragically short-lived Rosner left behind a still-unpublished book-length photo essay, “Homecoming from Arabia,” showing the 1949 exodus of Yemenite Jews to Israel during the so-called Operation Magic Carpet.

By contrast, Himmelreich dwelt more on societal, rather than historical, activities, capturing the experience of window-shopping in Tel Aviv around 1945 for baked goods, men’s hats, and ladies’ fur coats. A 1939 image by Himmelreich, “The Dawidowicz Child, Tel Aviv, 1939,” shows a tiny, yet independent and athletic youngster leaping aboard a public bus, showing vigor and self-reliance in the nation-to-be.

Ilani made industrial images his specialty. In addition to sober photos of farming and road construction, he also immortalized the 1951 opening ceremony for the Beit Ussishkin Nature Museum at Etzba Hagalil in the Upper Galilee.

In addition to its focus on these three artists, the exhibit catalog also includes an appendix about Munich photographers who were murdered in the Holocaust, like Mary Hausner, Fritz Joelsohn, and Stephanie Ludwig-Held. Still others were forced into exile, where they often abandoned photography, like Trude Kahn, who vanished after reaching Medellín, Colombia, in 1936, or Ruth Kraemer, who became a longtime staffer at New York’s Morgan Library.

Few, in any event, had as artistically gratifying accomplishments in store as did Himmelreich, Ilani and Rosner.