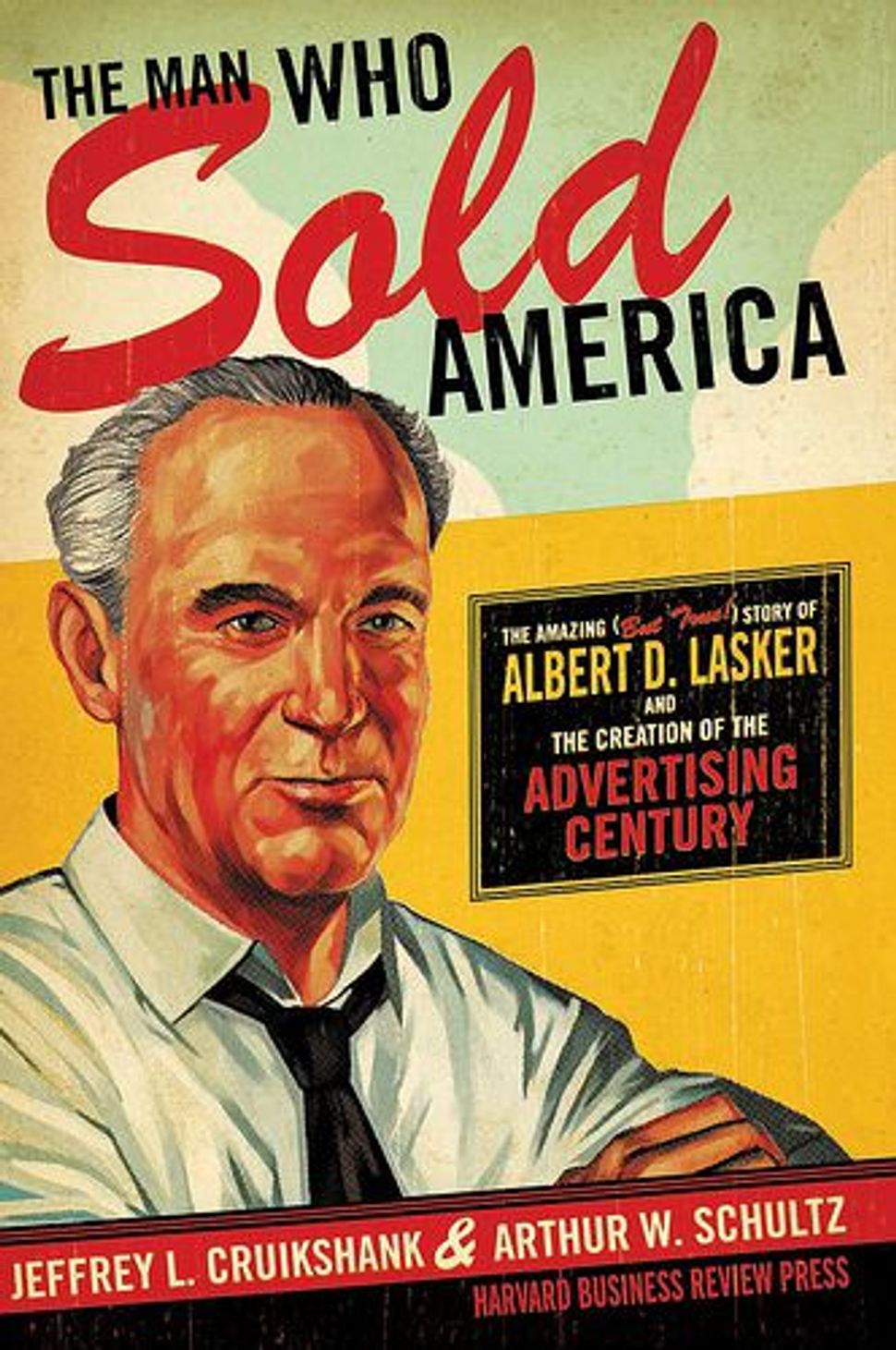 Today, the name of pioneering advertising executive Albert Lasker is mostly associated with the Lasker Foundation, a non-profit organization that supports medical research. But as a forthcoming biography by Jeffrey Cruikshank and Arthur Schultz points out, Lasker himself was more likely to self-identify as a “propagandist” than as a philanthropist.

“The Man Who Sold America: The Amazing (but True!) Story of Albert D. Lasker and the Creation of the Advertising Century” (Harvard Business Publishing) relates how Lasker engineered marketing campaigns for products ranging from Kleenex to Kotex and from Puffed Wheat to Puffed Rice. But as Cruickshank and Schultz remind us, Lasker was as much concerned about social issues as he was about profits, making his chosen description somewhat self-deprecatory.

Lasker’s many causes included a successful effort to block a presidential bid by the anti-Semitic car tycoon Henry Ford, and a tragically unsuccessful attempt to save the Atlanta pencil factory employee Leo Frank, a Texas-born Jew who was convicted of murder and lynched in 1915.

The ad man’s social activism increased with public service consultancies which he undertook following his Chicago advertising career. Among his recommendations was to change the name of the Birth Control Movement to Planned Parenthood, which “sounded more constructive and would meet with less public opposition.” As one friend observed: “From this Jewish thing that is in him, the deep thing with him is that he ought to do good in this world…A man has to justify his existence, and after all business didn’t really justify [Lasker’s] existence.”

His Jewish pride bloomed even more following the establishment of the State of Israel, and in 1950 he presciently noted that Israel “faced unique marketing challenges.” On a more upbeat note, he commented on Israel’s great generation of founding fathers (and mothers), noting that when a revolution occurs, it “gives opportunity for men who would have remained hidden, to rise. It’s because the times call, that these men of ability get chosen for leadership.”

For ability and leadership, Lasker, who died in 1952, was someone to remember.