A Silversmith’s Judaica Shines in Idaho 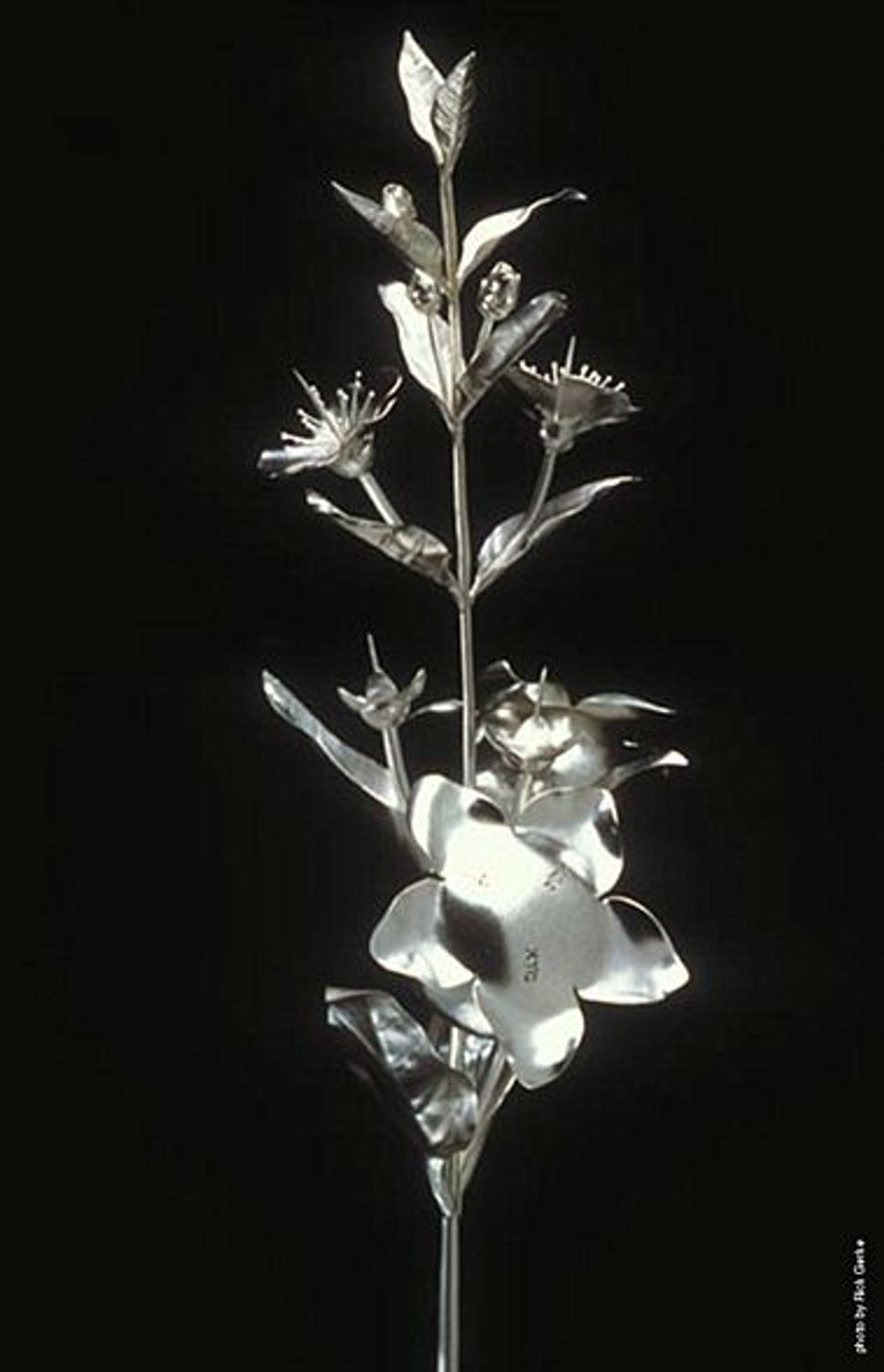 Performing even the most mundane ritual can be calming — grinding coffee, scooping it into a filter, pouring water into the coffeemaker, turning the pot on — over time, the actions becomes so familiar that the objects pass through your hands unnoticed.

Though they can come to seem as commonplace as a coffee pot, when it comes to Jewish ritual objects, there are latent meanings waiting to be explored. In her artistic renderings of everything from mezuzot to menorahs, Silversmith Anika Smulovitz, an associate professor in the Department of Art at Boise State University, reveals the deeper significance of such objects. In the tip of a Torah pointer or the curve of a candlestick holder she explores Jewish concepts and conjures up thousands of years of history.

Smulovitz’s Judaica was recently included in the exhibition “Reinventing Ritual: Contemporary Art and Design for Jewish Life” at the Jewish Museum in New York, and it made an appearance in Ray Hemachandra’s book “500 Judaica: Innovative Contemporary Ritual Art.” On August 30, she opened a solo show, “Contemporary Judaica,” in Gallery One of the Liberal Arts Building at Boise State, which is on view until October 22.

The exhibition includes around a dozen plexiglass vitrines with Smulovitz’s silver pieces glinting inside. Some of the items, like “Tree of Life,” a hand-forged Torah pointer with a slender silver stem that spirals into twisted roots, are fairly straightforward, while others are more conceptual.

“Rosh Hashanah,” a sleek, sterling-silver Torah pointer with a gold honeycomb motif and a dead bee entombed in one end invokes both the tradition of eating honey on the Jewish New Year and the midrash which says, “the words of the Torah are like bees, when studied and applied well they are sweet as honey, but when abused they sting.”

Other pieces in the exhibit, like “Tower 1 and 2 (mezuzot),” two small zig-zagging silver towers with sharply pointed roofs whose scrolls are visible through their small windows, evoke both stability in the home and whimsical childhood fantasies.

While Smulovitz’s work is thought provoking, there’s a certain sterility to the exhibit that doesn’t convey the practical, tactile purpose of the objects. Inside their plastic boxes you can’t smell the spices from “Myrtle Hadas,” a sterling silver spice box in the shape of a myrtle plant, or feel the warmth of the candles in “Light in the Darkness,” a menorah made from milky cast glass and hand-carved walnut.

Then again, considering the delicate care with which each piece has been crafted, it’s unlikely they’ll be used in an everyday, coffee-brewing manner, anyway.

A Silversmith’s Judaica Shines in Idaho