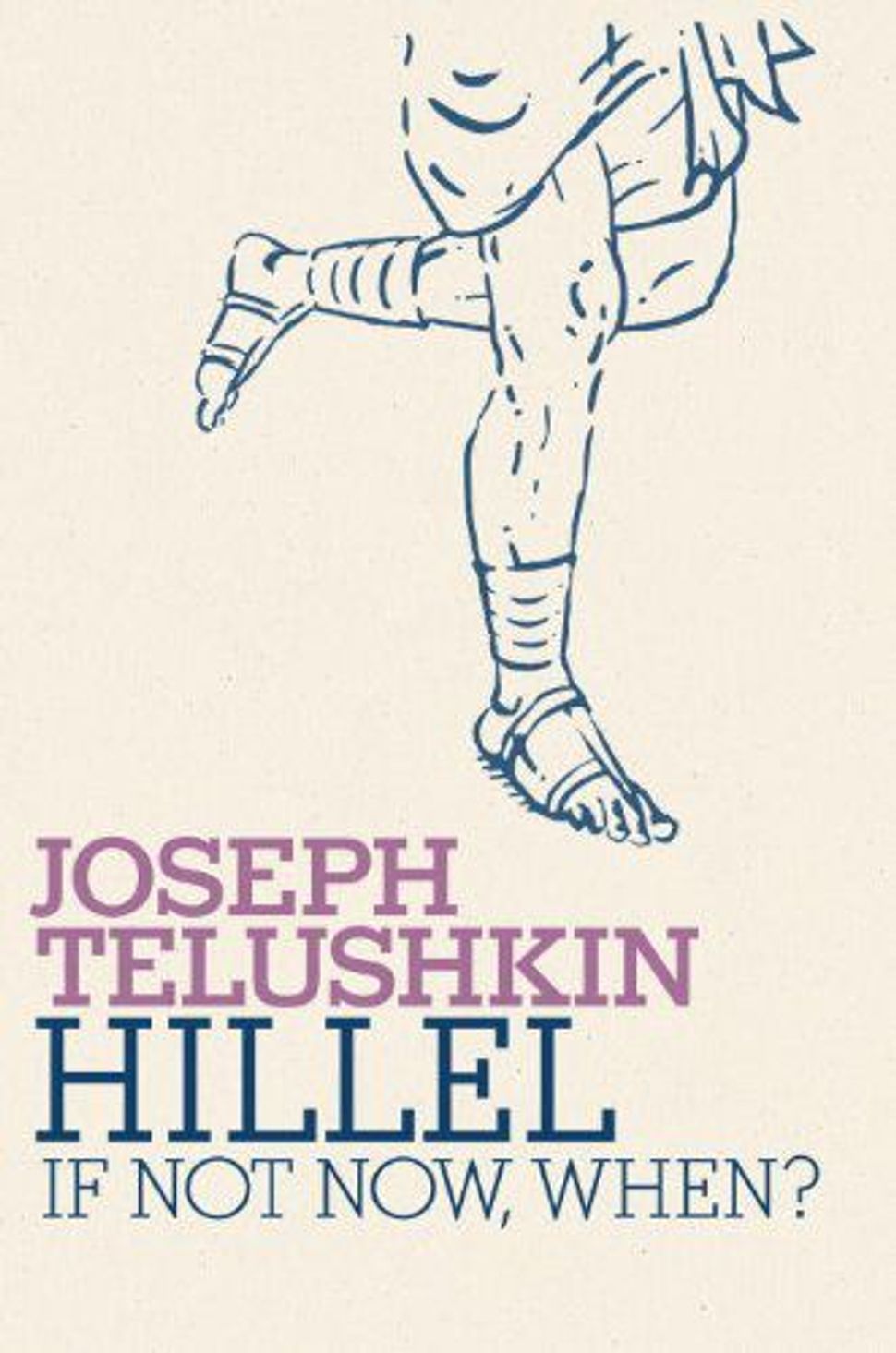 Rabbi Joseph Telushkin’s new book, “Hillel: If Not Now, When?” is a brisk, readable introduction to the life and teachings of Hillel the Elder, one of Judaism’s most revered sages. Not much is known about the historical Hillel, who lived from around 110 B.C.E. to 10 C.E. The outlines of his life are recounted in rabbinic sources, though many of the details belong to the realm of hagiography. (He is arguably best known today for his invention of the Passover “sandwich” that bears his name.)

Born in Babylonia, Hillel came to Palestine at the age of 40 and spent another 40 years devoting himself to the study of Torah, becoming one of the greatest scholars of his generation. Renowned for his patience and humility (the Talmud recounts a story of someone trying — and failing — to annoy him), Hillel stands in contrast to the other great sage of that era, his scholarly adversary, the irascible Shammai.

Given the paucity of information, Telushkin’s little book does not break new ground. Rather, it strives “to construct a very clear impression of a man whose message speaks more urgently to Jews and Judaism today that that of any other Jewish figure in the last two thousand years.” The result is a mixture of character portrait, ethical treatise, and gentle polemic that attempts to enlist Hillel’s authority in current struggles within Judaism.

Following Hillel’s advice to the would-be convert, Telushkin considers “the ethical treatment of one’s fellow human beings” as the “essence” of Judaism. In particular, he demonstrates Hillel’s willingness to alter the letter of the law in order to rescue its ethical spirit. His institution of the “prozbol,” which provided a legal loophole to the biblical cancelation of debts in the sabbatical year, is a prime example of this principle.

In the context of contemporary anxieties over Jewish continuity and intermarriage, Telushkin challenges the widely held assumptions that Jews ought to discourage conversion and demand of new converts faithful adherence to the entire breadth of halacha. “The Talmud might have favored Hillel’s response,” Telushkin writes, “but in Jewish life one wonders if it had ever been taken seriously. I believe this reality is to the detriment of the Jewish people. The time has come not just to quote Hillel’s words to the non-Jew, but to actually take them seriously.”

Standing for greater tolerance and openness in the Jewish community, Telushkin adamantly rejects the “all or nothing” position of some contemporary Orthodox rabbis in favor of a more lenient approach that encourages outreach to those interested in Judaism and allows them to enter into the tradition more slowly. “What distinguishes such an approach,” he declares, “is the focus on the merit of those commandments that the convert will observe rather than the ritual violations the convert will commit.”

Telushkin argues from an implicitly Orthodox perspective, and the non-Orthodox may bristle at some of his assumptions, such as that Jews regard religiosity as being bound up with halachic observance rather than ethical behavior. Moreover, he does not consider how other movements in modern Judaism have been grappling with issues of conversion and proselytization.

Yet, by staking out his positions, Telushkin has written a brave and timely book, as recent controversies on conversion demonstrate. Religious authorities here and in Israel may profit by considering Telushkin’s brief. The latter would also do well to pay heed to the words of Shmaya, one of Hillel’s teachers, as recorded in Mishnah Avot: “Do not seek undue intimacy with the government.”