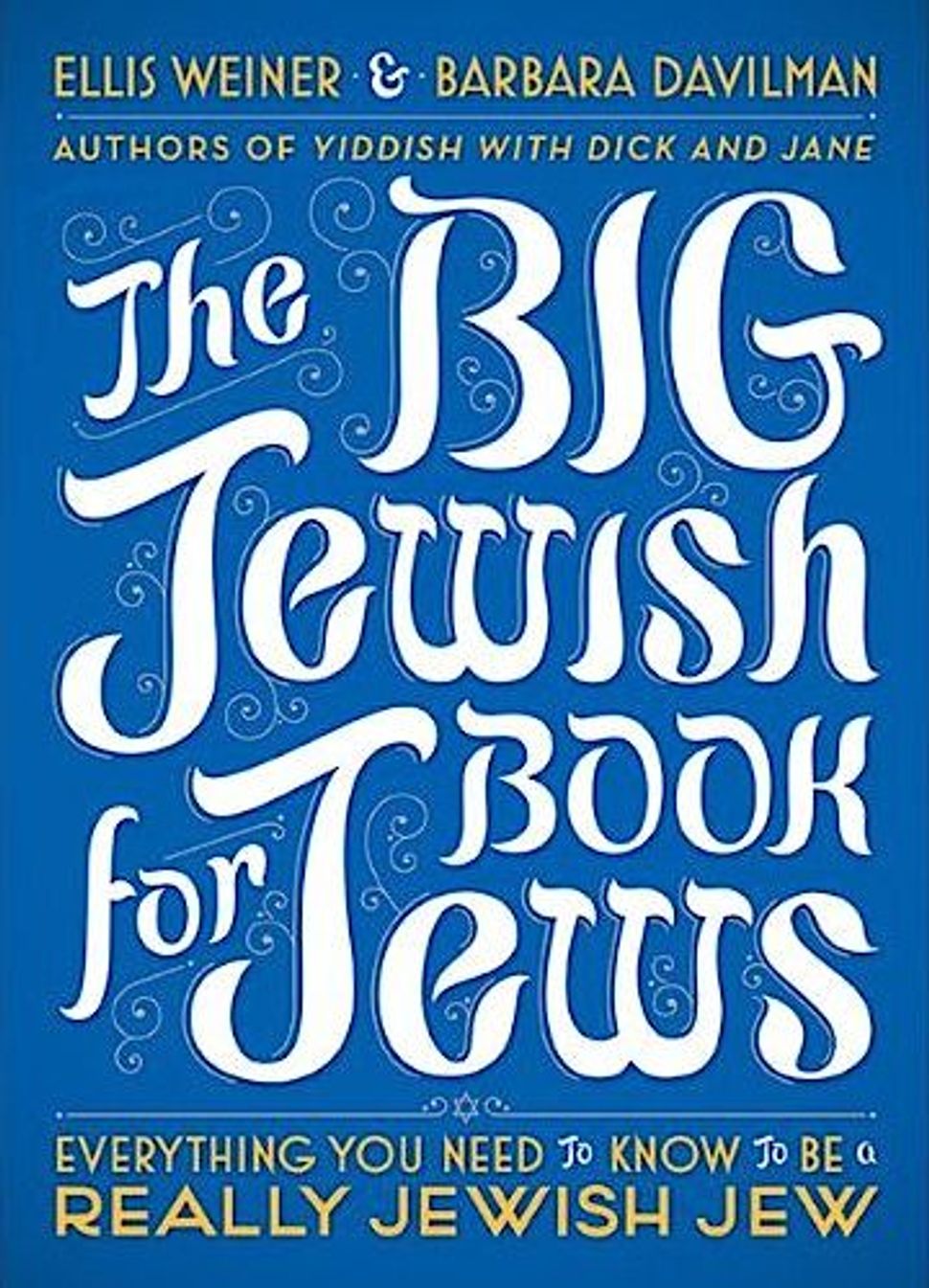 “Jewish continuity” is actually nothing to laugh about, some insist. But humor might be a better (certainly a cheaper) solution than weighty think tanks and free trips to Israel. Written in a somewhat spoofing, self-mocking manner, this type of work has precedent. Think of it as a grandchild of the “First Jewish Catalogue — A Do-It Yourself Kit” by Richard Siegel, Sharon Strassfeld and Michael Strassfeld, which came out in 1965, and “Without Feathers,” the humorous anthology by Woody Allen which was published around a decade later.

Read literally or with a grain of salt, this book is great fun, and the authors know their material well enough to successfully mock it. Sometimes silliness prevails. For example, the authors correctly state that changing one’s name to get rid of ethnicity is no longer de rigueur in Hollywood, but future stars who want to replace their Jewish-sounding monikers are advised to use “sounds of gibberish” such as “Ixnee Jonez” and “Bopp Cragger.” Really? What’s wrong with (also mentioned) Lee J. Cobb (Leon Jacob), Joan Rivers (Joan Molinsky) or Winona Ryder (Winona Laura Horowitz)? But the chapters on how to shop too much and force your guests to overeat, talk like a rabbi circa 1953, and how to sacrifice a lamb in a modern synagogue are hilarious. Admittedly, some information (the last bit about the lamb) we need to know like a hole in the head. Or as the book says (regarding another matter) a glick hot dich getrofen (“big deal”). Better to enjoy the leg of lamb and anchovies recipe at the end of the chapter.