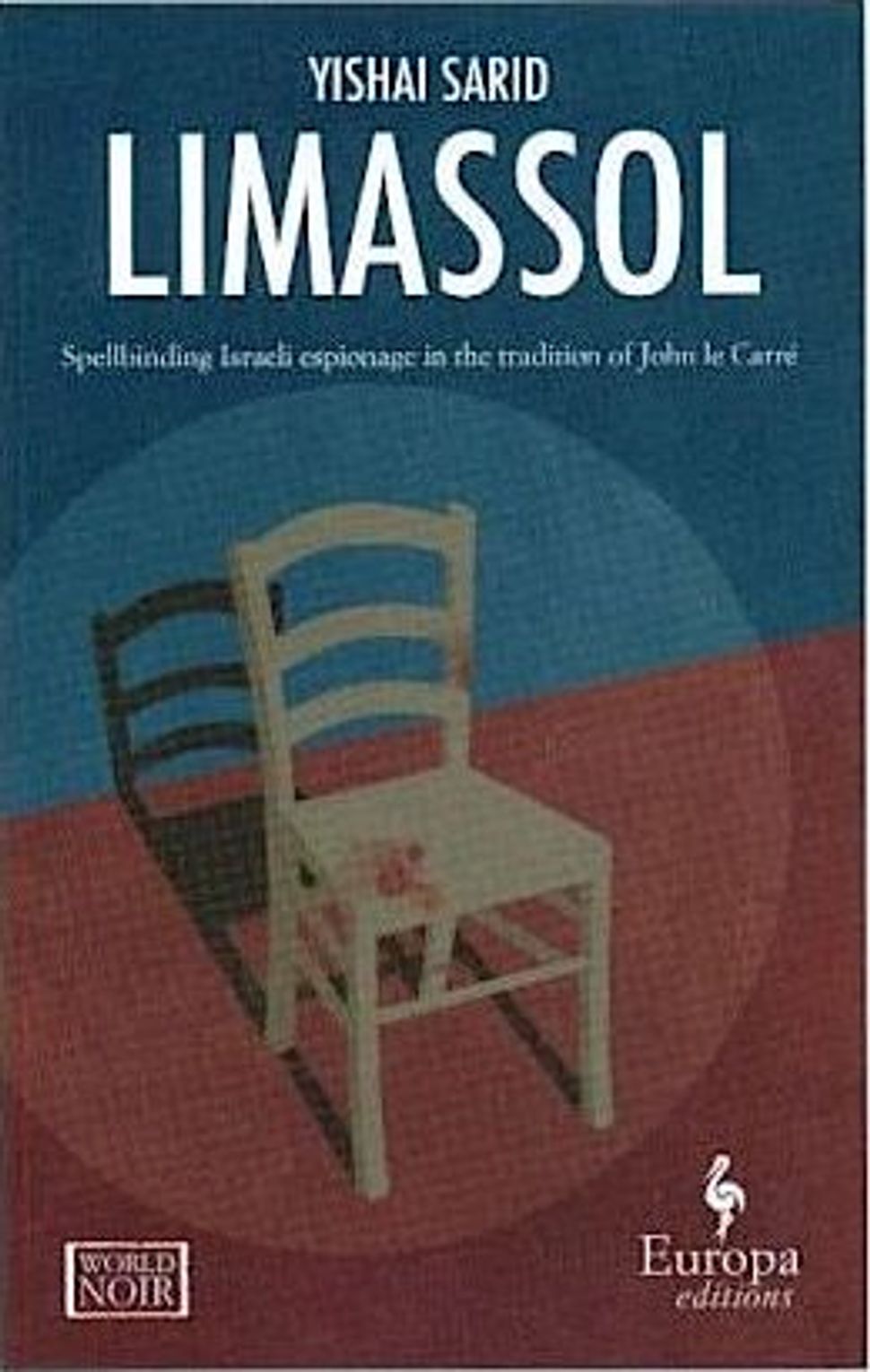 In his novel “Limassol,” translated from the Hebrew by Barbara Harshav, author Yishai Sarid uses the conventions of noir — the cynical, hard-boiled detective, the femme fatale, overweight gangsters and, of course, guns — to tell an emotionally wrenching story.

Despite its title, which refers to the city in Cyprus, most of the story takes place in Tel Aviv, where the unnamed narrator works as an interrogator of suspected terrorists. He speaks fluent Arabic to handcuffed men in dark rooms, trying to discover where the next suicide bombing might occur, who will commit it, and when. Sometimes he gets the information he wants, while other times the suspects’ determination to resist wins out. Alternating between a friendly and threatening demeanor, he is an Israeli version of Hammett’s Sam Spade.

As the years of interrogations mount, the brutality of the job takes its psychological toll. It’s only somewhat mitigated by the narrator’s wife Sigi, who gets fed up with his obsessive dedication to his work. On a short vacation with his family to the Dead Sea the detective’s beeper flashes — another bomb has gone off in Jerusalem. Back to the office he goes, leaving his family behind.

The narrator then gets assigned to a delicate mission: He must win the confidence of the alluring Daphna, a once-famous Israeli author who has an Arab friend in Gaza whose son has since become a terrorist. The Israelis want to find the son and eliminate him.

“Limassol” is not an overtly political novel, and it does not pretend to know all the answers. Like Steven Spielberg’s “Munich,” it grapples with the moral minefields of torture and targeted killings, but in a more subtle manner. The narrator believes that his interrogations save lives and he has no sympathy for men who scheme to blow up innocents. He strives to follow the rules, but can’t help himself when he eventually crosses the line. Eventually he comes to a turning point where everything he once believed comes into question.

“Limassol” is a gripping thriller that shows how a man can become emotionally callused by years in the interrogation room. Like most Israelis, he’s learned to deal with the conflict, but no matter how many interrogations he conducts, the narrator eventually realizes that there will always be another terrorist waiting in the wings. The Israelis may never be accepted by their neighbors, even if a cold peace is eventually achieved. But to paraphrase Humphrey Bogart, they’ll always have Tel Aviv.