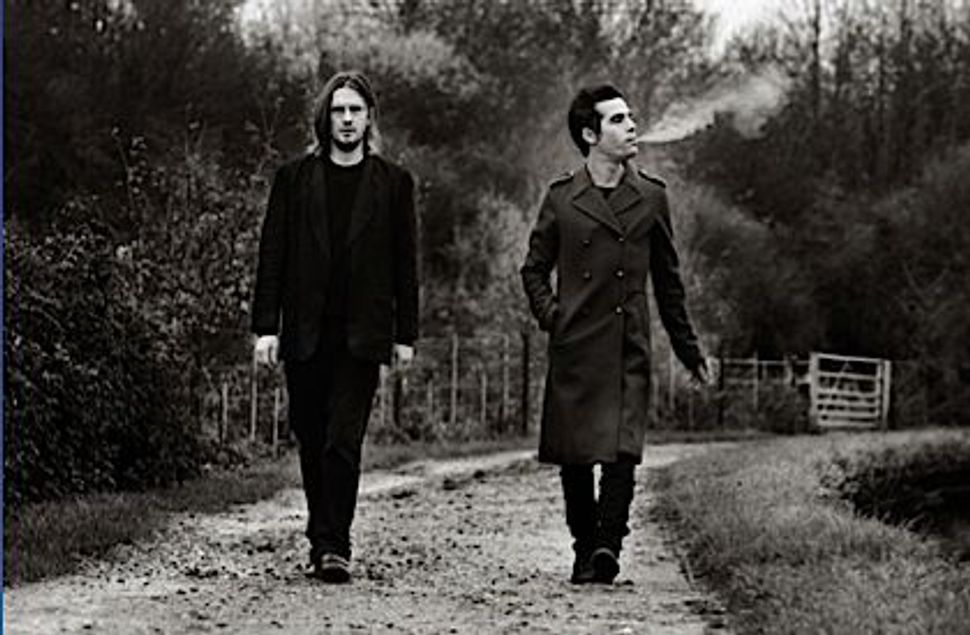 As far as cross-cultural collaborations go, Blackfield’s most recent album, “Welcome to My DNA,” is rather unexpected. Not because the album is particularly shocking, but for just the opposite reason — because without reading the liner notes, the album plays like that of any other band. But unlike most bands, which come together by coincidence, Blackfield is the intentional side project of Israeli pop star Aviv Geffen and British singer and producer Steven Wilson.

The band was formed in 2000, when Geffen invited Wilson’s British progressive rock band Porcupine Tree to play a few shows in Israel. Following the performances, Wilson and Geffen quickly became friends, and as Geffen was looking to expand into the realm of English rock, the two conceived of the idea for Blackfield. Together, the duo went on to record their eponymous debut “Blackfield” (2004), followed by “Blackfield II” (2007). This past March the band released their third album, “Welcome to My DNA” on Kscope, and are now embarking on a 14-date North American tour beginning in Washington, D.C. on May 18.

“Welcome to My DNA” is a sweeping and seemingly epic 10-track album that meditates on the concept of death. With songs that variously channel ‘90s-style stadium rock and the more subdued sound of alternative rock bands like Snow Patrol, “Welcome to My DNA” fails to ever truly define itself. The result is a meandering track list that at moments comes close to realizing a distinct sound, but just as quickly shies away from it.

From pseudo love songs like “DNA” to the more acerbic and inexplicable track “Go to Hell,” which as the name suggests is largely a chant of expletives, the album lacks cohesion. Though most of the songs on this album were written by Geffen (including the track “Zigota,” which was written in Hebrew and then translated into English), the album is much more reminiscent of Wilson’s opulent prog-rock than Geffen’s incandescent pop.

The song that comes the closest to presumably realizing the intentions of Blackfield is “Waving,” which combines Geffen’s ability to write a great hook and establish a catchy rhythm, with Wilson’s interest in songs that veer just left of center. Fully embracing the elements of acoustic rock that exist in nascent form on other tracks, and adopting the pop sensibility that characterizes Geffen’s solo albums, the song is, if not for everyone, a success within the Blackfield canon.

“Welcome to My DNA” very much feels like a transition album, filled with an experimentation of concepts and sounds that are played with but have not yet matured. Though the majority of the songs remain unmemorable, the few that stand out lend hope for future collaborations between the two musicians.

Watch the trailer for ‘Blackfield: Live in New York City’:

Blackfield – Trailer for Live in NYC (CD+DVD set) from Kscope on Vimeo.