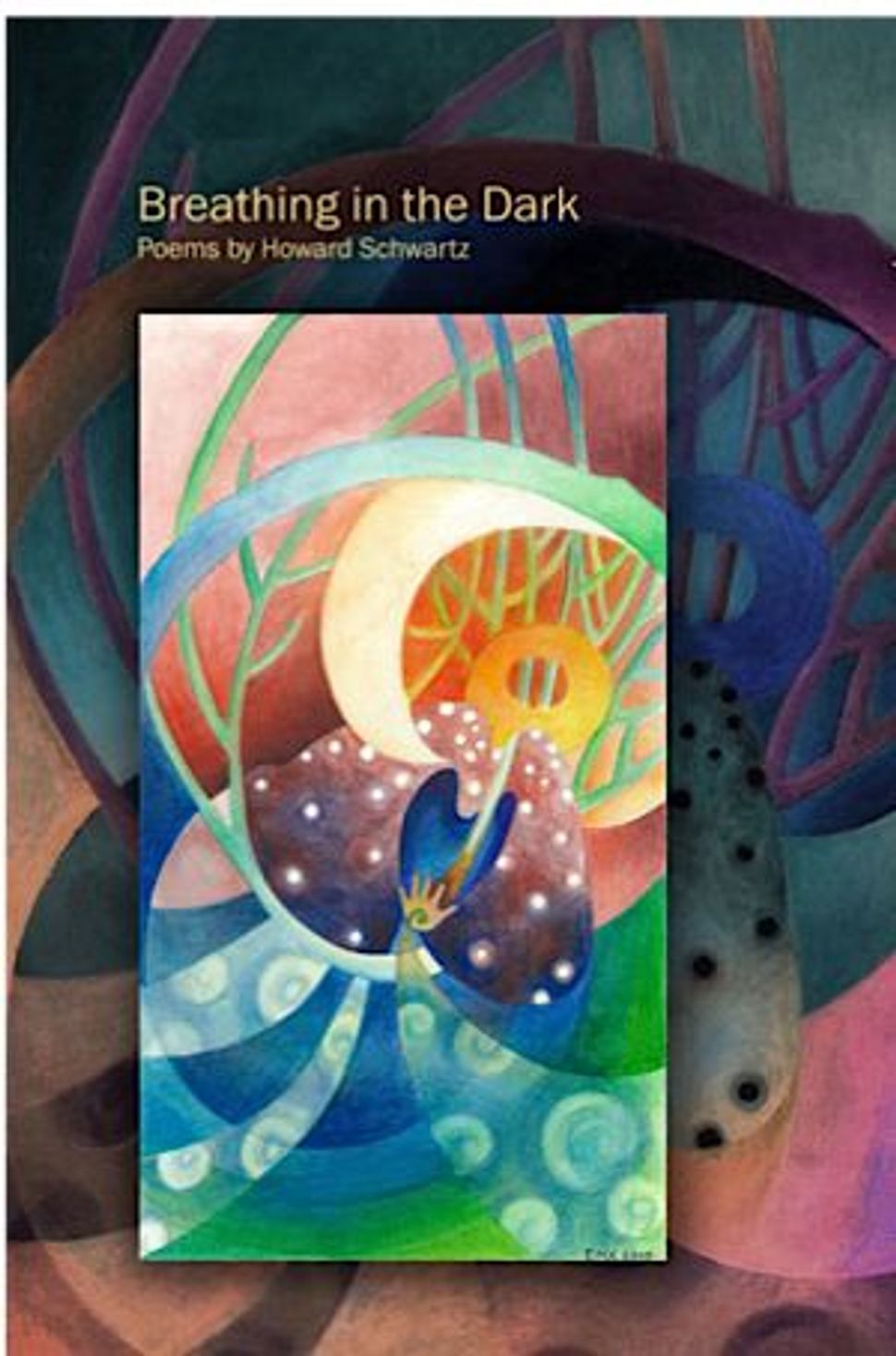 In a recent article in the Jewish Review of Books titled “Why There Is No Jewish Narnia,” Michael Weingrad argued that dark, Gothic fantasy writing does not sit well with the Jewish weltanschauung, and that by and large, we simply do not have that kind of literature. This is because, as Weingrad compellingly puts it, “Judaism is much warier about the temptation of dualism than is Christianity, and undercuts the power and significance of any rivals to God, whether Leviathan, angel, or, especially… devil.”

Weingrad casually mentions folklorist Howard Schwartz, author of the “Tree of Souls: The Mythology of Judaism” (2004) as one of the recent authors to compile the lore of “repressed or marginalized Jewish mythic vitality.” To him, Schwartz’s work and related publications of a similar direction, are not a natural fit in the wider discourse of Jewish literature. Schwartz’s recently published book of poetry, “Breathing in the Dark,” however, not only seems a welcome addition to Jewish literature, but also offers it a whole new direction and wealth of resources rooted in the underside of Jewish folklore.

Although “Breathing in the Dark” is expansive in its breadth and does not focus exclusively on the “dark side” per se, its single most recurring trope is that of dreams, and dream-visions, through which poetry funnels into the author’s imagination. And with dreams comes the territory of the subconscious and hence fantastic, mythic, eerie wonder. Schwartz finds himself in the company of other great Jewish dreamers — nameless midrashists, Franz Kafka, Rabbi Nachman of Breslov, David Meltzer and Zalman Schachter-Shalomi. The poet’s haunting and vivid story telling has all the appeal of folklore and at the same time sophisticated psychoanalytic forays into the work of Freud and Jung.

Today The Arty Semite is featuring three poems from “Breathing in the Dark”: “First Eve,” “Fiery Serpents” and “Angel of Losses.” The first piece expands the narrative of the Lilith story — Adam’s rejected first wife, a cross between femme fatale and a she-devil. “Fiery Serpents” is Schwartz’s insightful midrash on a puzzling Biblical passage. Finally, the last poem is a riff on a Rabbi Nachman’s vignette on Yodea, the angel of losses — less an angel than a human’s guilty consciousness.

Schwartz’s work is not exactly an answer to Weingrad’s quest because it is not fantasy writing, but it does stem from the same root as fantasy. The mythic folklore, presented here with the virtuosic touch of the poet, is capable of channeling imagistic wealth into forms both relevant and accessible to contemporary readers.

Male and female He created them.
—Genesis 1:27

As Adam watched,
the first Eve was created
from the inside out—
first her bones,
then her flesh,
finally she was covered
with skin.
But when God offered her to Adam,
he fled in disgust.

So the first Eve
was taken away,
never to be heard from again.
And Adam was put to sleep.
And when he awoke
there was another woman,
one created from his own rib,
a woman close to his heart.

But what of the first Eve?
No one knows her fate—
whether she was taken into paradise
or uncreated.

Even now
she haunts us from the shadows,
calling Adam’s name.

And the Lord sent fiery serpents among the people, and they bit the people.
—Numbers 21:6

These serpents
consist entirely of fire.
They leap out of the flames
and bite you as you sleep,
causing nightmares so terrible
you wake up
grateful to be breathing.

This happens
night after night
until, in your desperation,
you put out the fire.
And still the fiery serpents crawl out of the ashes
like long-lost embers,
and the nightmares they bring
are the worst of all.

The Angel of Losses

There is an angel who watches over us,
even in the dark.
He watches lives unfold,
recording every detail
before it fades.
This angel carries a shovel,
and spends his time digging,
searching for losses.
For a great deal has been lost.

He knows it is necessary
to search in the dark,
not with a torch
but with a small candle.
That is all you need
to search inside wells,
where darkness is unbroken,
peering into every corner.

It is enough
to be guided by that light,
small though it may be.