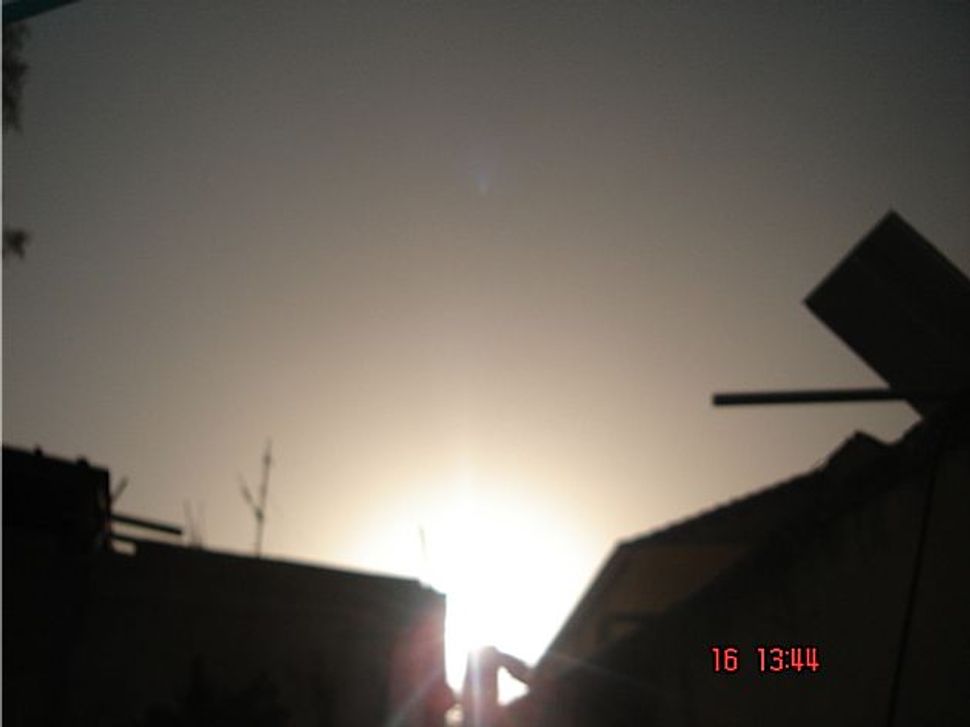 Earlier this week, Galit and Gilad Seliktar shared the making of the first story and the second story in “Farm 54.” In their final post, they share the background behind “Houses,” the third story in their graphic novel. Galit and Gilad Seliktar’s posts are being featured this week on The Arty Semite courtesy of the Jewish Book Council and My Jewish Learning’s Author Blog Series. For more information on the series, please visit:

Galit: This story is the most autobiographical of all three texts, the most true-to-life. I was drafted to compulsory army service in 1989 during the First Intifadah and, after basic training as an educational non-commissioned officer, I was assigned to a base near Bethlehem. Already on the first night I asked for a transfer away from the occupied territories but, while my request was being processed, I had to remain there for about two weeks.

As in the book, on the very first night I went on a nocturnal house demolition mission, replacing another female soldier who did not want to go. The night left its mark on me and for many years I repeatedly retold the events, until I decided to write them as a short story. With the hindsight of a writer I realized that, beyond the actual events, what was perhaps worse was revealed by the way I described the heroine — as a person completely insulated from the situation and from the suffering of the others. While this dovish character manages to refrain from directly and deliberately harming the Palestinian residents placed under her responsibility, I now think that her (that is, my) decision to obey such orders with little protest is almost as harmful as keen participation.

An egg-sorting warehouse used as reference for “Houses”:

Gilad: There were parts in this story that I found to be too direct or dramatic, too loud. As I approached it, I decided to lower the volume by giving several scenes an understated quality, which is more characteristic of my work, as opposed to some of Galit’s writing that often tends to be more explicit. One of these scenes was the part where the female officer takes the rabbit from the Palestinian boy. In the original text (and, according to Galit, also in reality during that night in 1989) the boy was crying, asking the officer to give the rabbit back to him. Instead of showing the boy crying I drew him sitting quietly on the stairs, staring at how the officer hugs the animal, holding it close to her chest and cheek. The picture of that lone rabbit took me the greatest number of drafts by far. It was meant to facilitate calming the scene while introducing a charged and frozen silence that captures the moment with all its fear, resentment and banality.

Early sketches for the scene in which the Israeli female officer is taking the Palestinian boy’s rabbi:

Photographs from a Palestinian village used as reference for “Houses” (name withheld at residents’ request):