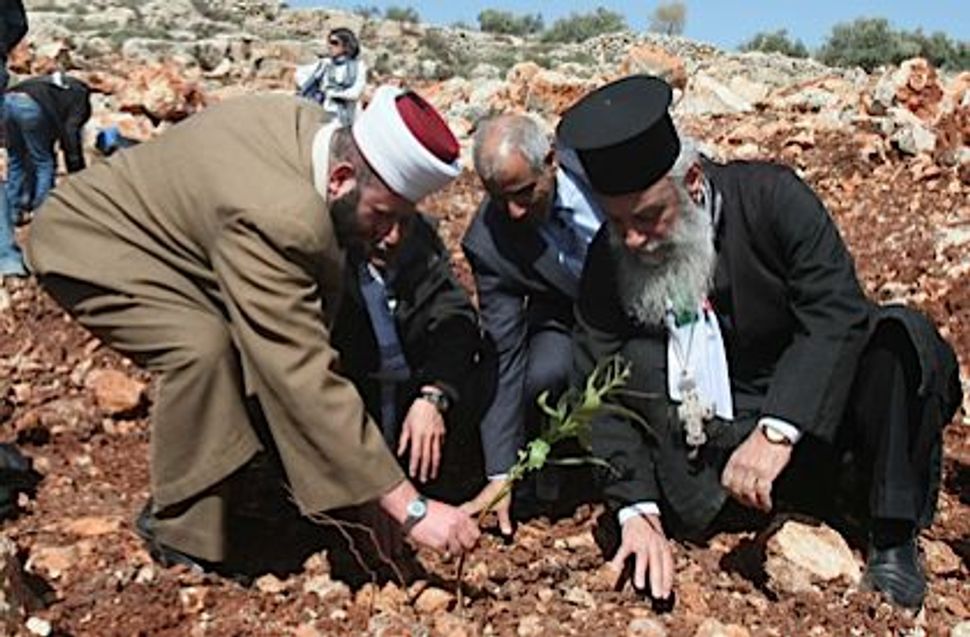 One of the great challenges of our time is finding ways to resolve intractable conflicts that have proven persistent, destructive and resistant to change.

A groundbreaking new book by Columbia University professor Peter Coleman argues that while most conflicts can be resolved by traditional means, 5% of those conflicts — the ones that seem impossible to solve — call for new ways of thinking.

Based on the work of an extraordinary multi-disciplinary team that includes specialists in complexity science, astrophysics, mathematics, social psychology, anthropology and conflict resolution, “The Five Percent: Finding Solutions to Seemingly Impossible Conflicts” brings to the general reader, for the first time, research that could reshape our understanding of intractable conflicts.

At the outset of the book Coleman points out that what makes intractable conflicts so difficult to crack is not, as is commonly assumed, a core issue like scarce resources, power inequality or negating identities, but the way in which a multitude of issues self-organize into a coherent and mutually reinforcing system. In such a situation, Coleman explains, there is a tendency to paradoxically understand the increasingly complex situation according to a simplified “us versus them” narrative. This drive towards dysfunctional coherence is what keeps a conflict at the level of intractability.

A central idea in Coleman’s research is that intractable conflicts are akin to complex systems, in which various parts are interconnected and are able to adapt, as in a biological ecosystem. Using a metaphor from applied mathematics, Coleman speaks of attractors, or “organized patterns in the behavior of systems that emerge, endure, and of course attract.” One of the more interesting and useful findings in the book is that conflict and peace can coexist. Even in times of great violence, where a destructive attractor governs the system, an alternative and latent attractor can also form.

A key to intervention, according to Coleman, is to increase the probability of peace by strengthening the latent attractor and weakening its manifest counterpart — to “create a sense of hope and possibility for more constructive relations in a conflict” while concurrently weakening “the traps of enmity and destruction that lie in wait to recapture the dynamics of the system.”

Changing the system, a long-term project, can eventually result in a “tipping point,” altering the governing attractors. Coleman’s book is chock-full of examples of such transformations, with a special emphasis on the extraordinary case of peace flowering in war-ravaged Mozambique. On the question of practice, Coleman offers a number of creative evidence-based strategies. Here are a few notable recommendations:

Inject complexity to the story: The collapse of complexity is a casualty of intractable conflicts. While there are many ways to address this problem, one of the most important is the institutionalization of nuanced conflict narratives. To that end, it was recently announced that the Department of State has provided a grant worth half a million dollars, commissioned by the Council of Religious Institutions of the Holy Land, to scientifically study the way in which Israeli and Palestinian textbooks depict the “other.”

Recognize and support what works: Even during times of terrible conflict there are pockets of peaceful cooperation: Individuals or groups with significant social capital who are staying connected to the other side. On the level of peacemaking there are important groups such as Seeds of Peace and The Parents Circle – Families Forum. However, there is also non-peace related cooperation happening between Israelis and Palestinians on matters of security, economics, infrastructure and health. We can start making more progress by not only asking “what is the problem?” but also, “what’s working?” and “what can we learn from that?”

Contact: Coleman points to Ashutosh Varshney’s work on Muslim-Hindu violence in India, which shows that during times of conflict areas with greater ethnic integration were much less likely to engage in violence than those which were more ethnically separated. New technology makes the potential for this type of contact even greater. Facebook, in conjunction with Stanford’s Peace Innovation lab, for example, joined forces to show that on any given day thousands of people from enemy countries make connections on the social networking site. While the nature of this contact is unclear (can virtual contact create effective ties?), the potential is great.

Circumvent the conflict: Rather than confronting issues directly, create space for people to interact on important issues that are seemingly unrelated to the conflict. An example of this would be the Israeli Palestinian Science Organization, dedicated to collaborative activities between Israeli and Palestinian scientists, or the West-Eastern Divan orchestra, which brings together young Israeli and Arab musicians.

Coleman provides many more examples in his book. Of course, none of these ideas alone will bring about peace — no such magic formula exists. Instead, increasing the probability of peace is a goal that necessitates effort on multiple levels. Coleman’s book should be required reading for peacemakers around the world.