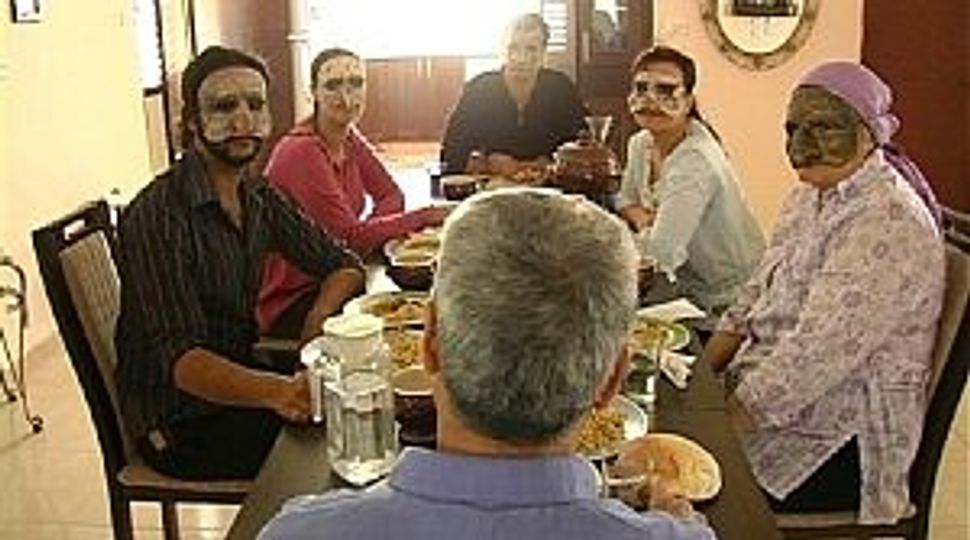 A shaggy-haired director is reclining on a couch in his parents’ home, watching the boob tube while he enjoys another bout of funemployment. 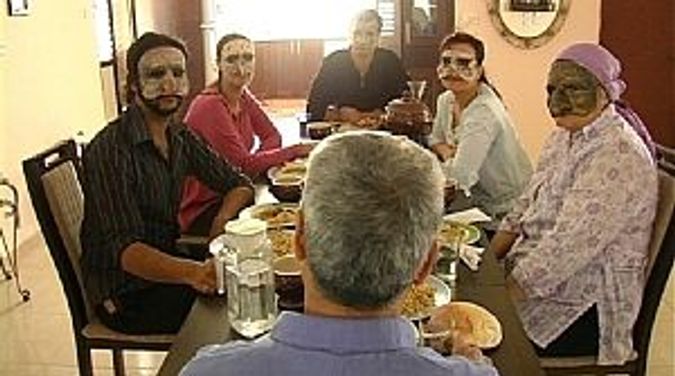 Such a description could easily apply to the beginning, middle or end of a Kevin Smith movie or to El Duderino himself, Jeff Bridge’s famous character from the cult hit “The Big Lebowski.” Instead, we are looking at the cinematic rendering of the family life of Israeli Arab filmmaker Mamdooh Afdile.

Just like Jeffrey Lebowski, Silent Bob and even Don Quixote before them, the story of “Jean Wejnoon” (“Shed Ve’Shigaon”), which screened in July at the Jerusalem Film Festival, is at its best when it focuses on the characters surrounding its hapless protagonist.

Afdile himself is not much of a showstopper. The director seems like he would be perfectly content to sit at home and watch the TV while chewing on pistachios. Afdile’s skill is as a storyteller, bringing us into a world where superstitions and traditions live alongside modern psychology and the imaginative minds of a modern Arab family living an everyday life in the northern Israeli town of Tira.

It is Mamdooh’s father, Mofid, who is perhaps the most captivating member of the Afdile family. The Afdile pater familias has a reputation as a faith healer — the rough Islamic equivalent of a shaman. His patients come to him when they have been failed by the promises of modern psychiatry, or are discouraged from seeing a mental health professional by the social stigma of being labeled “crazy.”

Mofid explains to the curious Mamdooh and to the audience how different djinns (the original Arabic term for genie) can both help and torment a person. He even recounts part of a particularly difficult exorcism he once performed that sounds like it would have given “The Exorcist” a run for its money. While the particular names and categories of the supernatural may be new and intriguing to a Western audience, the basics sound similar to ceremonies performed in many other faiths all around the world.

Mofid’s oldest and highly skeptical son Mahmoud explains the phenomenon to his more credulous brother Mamdooh in the most rational bit of dialogue in the movie — so rational it may be the key to understanding the purpose of the entire film.

Mahmoud explains to his brother that the mentally ill villagers who seek help from medically trained psychiatrists are greeted with rational skepticism when they recount seeing a giant dragon or a huge spider on a wall. Because the doctor refuses to believe his patient, he cannot help them with their problem. But because their father truly believes that there is in fact a dragon, he can help his patient feel that he is not alone and together they can slay the dragon.

This leads Mamdooh to jokingly call his father Don Quixote in the land of the Don Quixotes. To which his brother Mahmoud wittily replies, “No, more like “Alice in Wonderland,” and you’re Alice Junior.”

Or, perhaps, Alice with a camera.

Either way, “Jean Wejnoon” is an entertaining film with elements of light comedy, absurdity, and laughably low-budget special effects. The entire movie was made for a measly $200,000, and the filmmakers do their best to exploit the low-budget nature of their work, instead of trying to paper it over.

To his credit, several times throughout the film Afdile evokes the sensibility of New Jersey (call it the Tira of America) filmmaker Kevin Smith. Like Smith in “Clerks” and “Mallrats,” Afdile creates a humorous and homey everyman that occasionally manages to ask some deep and thought provoking questions, punctuated with Middle Eastern variants of dick and fart jokes. The grossest of these is delicately described by Mamdooh’s father around the dinner table as a dream about biting someone’s vulva.

One can only hope that the next time around someone in Israel or abroad has the sense to give Afdile a chance to play with a larger budget. I can’t say his next movie would be an art-house favorite, but it certainly won’t be a bore. It might even make your everyday John Doe from New Jersey break out in a chuckle and crack open beer.