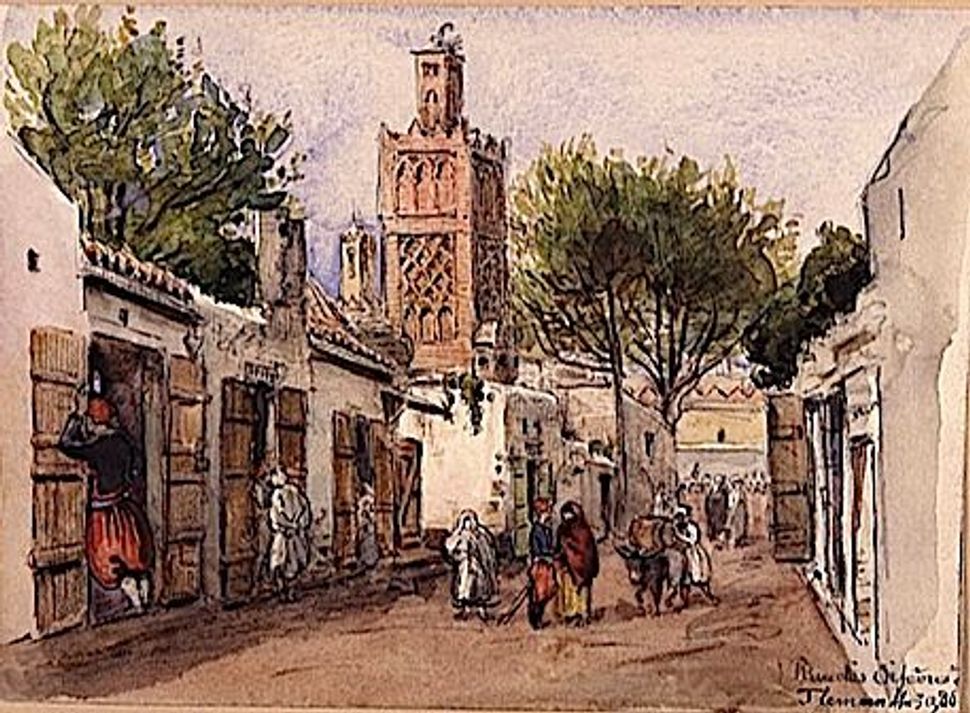 A Street in Tlemcen. Image by wiki commons

Originally published in 1981 and 1982, respectively, by French author, philosophy teacher, and wine merchant Gil Ben Aych, both books charmingly address the linguistic, and other, confusions of Algerian-born Jewish immigrants to France in the 1950s. The author was born Simon-Paul Gilbert de Ben Aych in 1948 at Tlemcen, a town in Northwestern Algeria nicknamed “Little Jerusalem” for its once-vibrant Jewish community.

Moving to France in 1956, in anticipation of Algeria’s 1962 independence from France, after which most Algerian Jews departed their homeland, Ben Aych’s family in this tender autobiographical tale chide each other for linguistic mistakes, such as asking for the title “hand-towel for your feet.”

Falsely accused of cheating in class, Ben Aych’s schoolboy protagonist weakly attempts to convince his parents that his teacher is anti-Semitic. “Granny’s Trip” recounts how when his family moves from Paris’ northern 17th arrondissement to Champigny-sur-Marne in the southeastern suburbs, the boy is ordered to accompany his maternal grandmother to their new home. This trip is complicated because Granny (Mémé) is afraid of cars and public transportation, and she stops to greet each passerby “as if she knew everyone, like at Tlemcen.”

Granny’s old world behavior — such as standing up in the cinema during a screening of Cecil B. DeMille’s “The Ten Commandments” each time she “recognizes Moses,” strikes a common chord of immigrant experience.

A 2008 issue of Jewish Social Studies likened Ben Aych to such other North African-born Jewish writers as Albert Memmi, Jacques Derrida, and Marcel Bénabou for their descriptions of being “acutely self-conscious speakers of French.” As Routledge Publishing’s 2005 Encyclopedia of Modern Jewish culture states: “Ben Aych’s voice breathes life into the Sephardi experience in France.”

Take a nostalgic look at Tlemcen, Algeria when it was still known as “Little Jerusalem.”