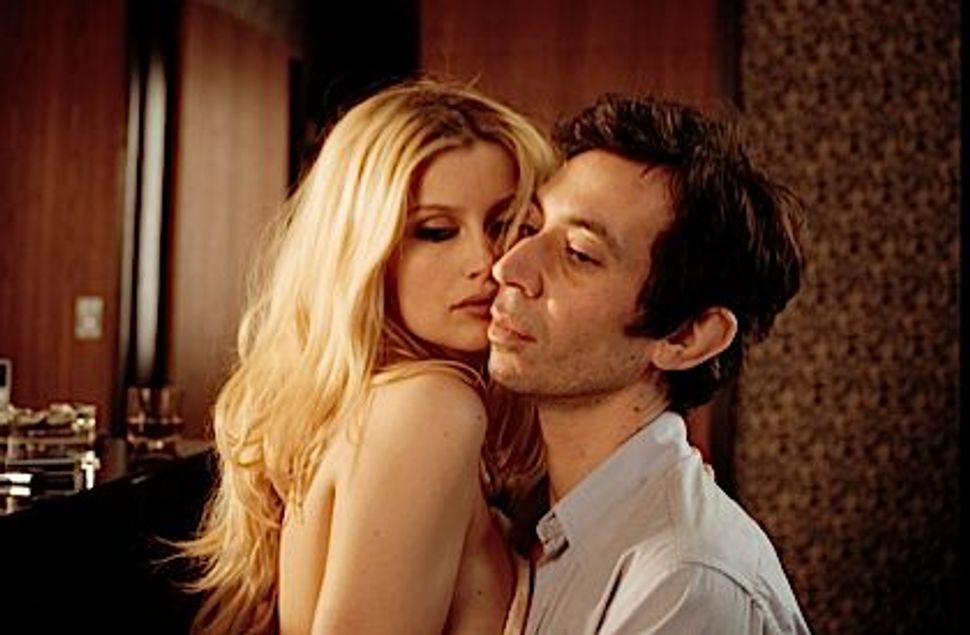 In a remarkable feat for a man who was not considered good looking, Serge Gainsbourg was celebrated as much for his loves as for his art. He began life in Paris as Lucien Ginsburg, the son of Jewish refugees from the 1917 Russian Revolution. Like his parents, he survived the Holocaust in hiding.

The artful and fast-paced French biopic, “Gainsbourg: A Heroic Life,” starring Eric Elmosnino, depicts Gainsbourg’s success as a pop musician and his romantic liaisons with the movie superstar Brigitte Bardot and other women. He was married four times, including to the English actress and singer, Jane Birkin, who is the mother of the best known of his four children, the actress and singer Charlotte Gainsbourg. It is a bizarre curiosity that his last wife — an actress, singer and model known by the stage name of Bambou — is the granddaughter of Friedrich Paulus, the German field marshal who surrendered at Stalingrad.

Gainsbourg’s physical awkwardness is graphically represented in the film, fittingly directed by the graphic novelist and animator, Joann Sfar. A surreal doppelganger called “La Grueule” (“The Mug”), played by American actor Doug Jones, evolves from a grotesque humpty-dumpty inflated head, taken from a Vichy-era poster for an anti-Semitic Nazi propaganda movie, to a hawk-faced monstrosity with devilishly long fingernails.

Parodying Gainsbourg’s supposed ugliness, La Grueule initially appears to give the youthful protagonist a sense of transcendence over his physical self. (Kacey Mottet-Klein, who plays him as a boy is, to my eyes, rather cute, but this may be beside the point.) Yet, in virtually stalking him as an adult, La Grueule’s presence becomes sinister. He may represent Gainsbourg’s self-destructive impulses, which undermine his marriages and damage his health. Elmosnino won a César (French Oscar) for his portrayal of the adult Gainsbourg, who drank and smoked incessantly and died of a heart attack in 1991 at the age of 62.

Gainsbourg is probably best remembered for the enigmatic, sensual words and entrancing rhythm of “Je T’aime… Moi Non Plus” (“I Love You… Me Neither”), in versions recorded separately with Brigitte Bardot (1967) and Jane Birkin (1969). The lyrics include this more than suggestive line: “Je vais et je viens, entre tes reins” (“I go and I come, in between your loins”), accompanied by heavy breathing. This song is now being featured in a French television commercial for perfume, directed by Sofia Coppola and starring Natalie Portman.

Sfar, the film’s writer and director, also won a César for Best First Film. His experience as a cartoonist and graphic artist is evident in the vividly colorful animation of the opening credits. Gainsbourg also began in the visual arts as a painter, performing at piano bars to finance his initial artistic passion. Also like Gainsbourg, Sfar is a French Jew.

If you’re like me, you may struggle to find a profound or moral message to this breezily-told story of a child Holocaust survivor who makes it big — but you shouldn’t bother. This is an entertaining movie about a French cultural icon whom most Americans hardly knew.

Watch the trailer for ‘Gainsbourg: A Heroic Life:’