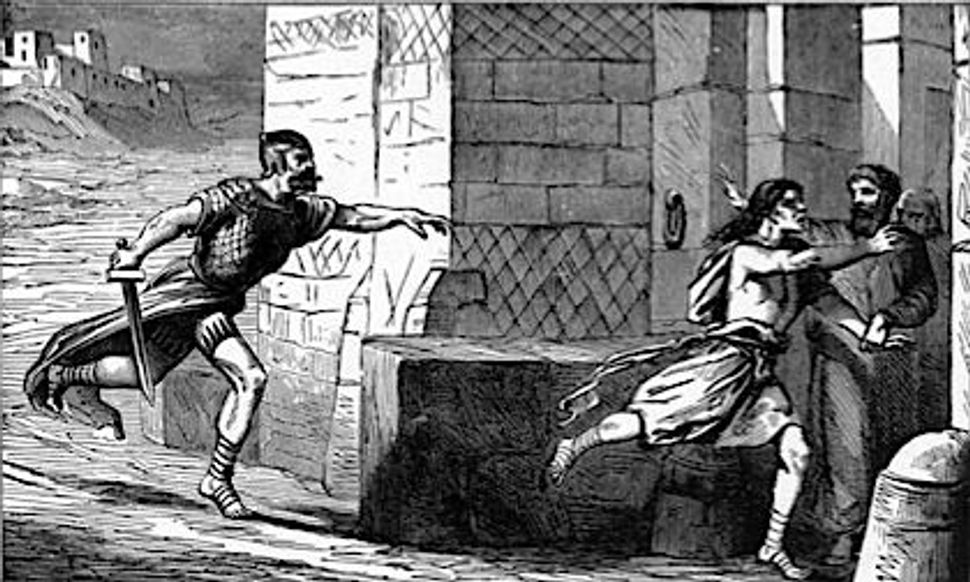 Charles Foster, ‘The City of Refuge.’

Each week The Arty Semite connects the Torah reading — however tenuously — with a classic work of rock ‘n’ roll.

This week’s parsha, Shoftim, deals with the setting up of a legal system, a monarchy (which is optional) and the role of a prophet. Then the laws dealing with murder and manslaughter are reviewed, as well as the laws of warfare.

The parsha ends with an enigmatic command to behead a calf if a human body is found outside a village, as an expression of responsibility on the part of the village elders for the safety of the area.

In direct contrast with the role of the prophet as God’s representative, we are told not to dabble in dark arts such as wizardry or consulting the dead. Astrology also falls into that category, as illustrated by the opening number of the musical “Hair.”