Johansson and Kunis Exposed by Hackers 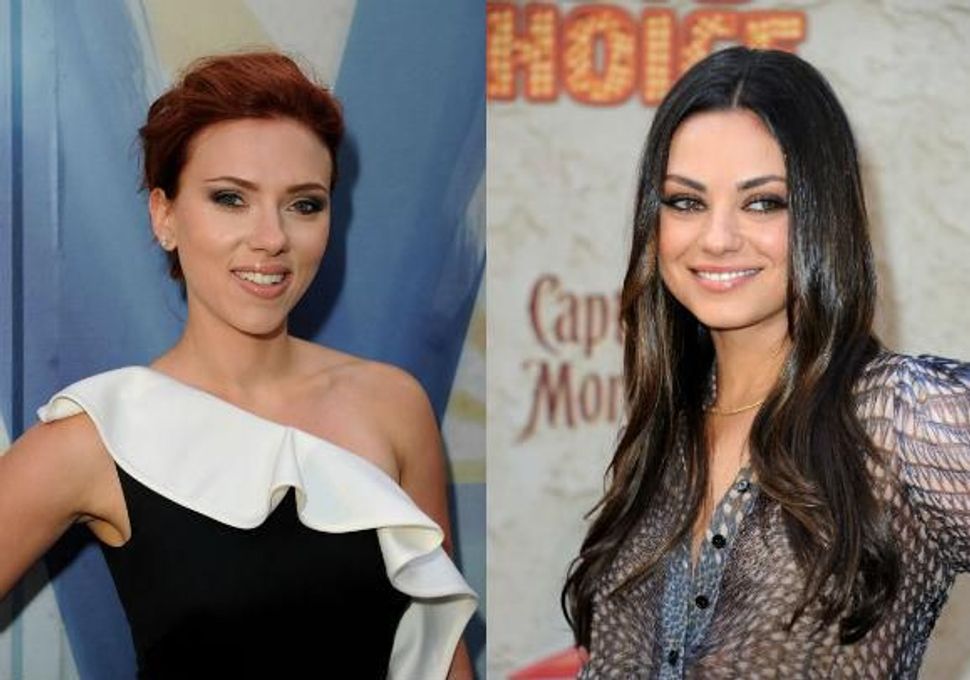 For people who keep track of these things — and naturally, The Shmooze is far too refined for such behavior — today is the second straight day that private photos of a major Jewish celebrity have been released by hackers.

Other than Kunis and Johansson’s respective backgrounds — the latter’s mom is Jewish, so we’ll claim her — there’s nothing “Jewish” about this scandal. And of course the family-friendly, high-minded Shmooze would never post — or even glimpse at — the leaked photos, which in Kunis’s case are reportedly far tamer than her “Black Swan” scenes with that other Jewish goddess, Natalie Portman.

We merely bring these facts to your attention during our brief breaks from studying the Talmud and reading Joyce and Keats.

Johansson and Kunis Exposed by Hackers