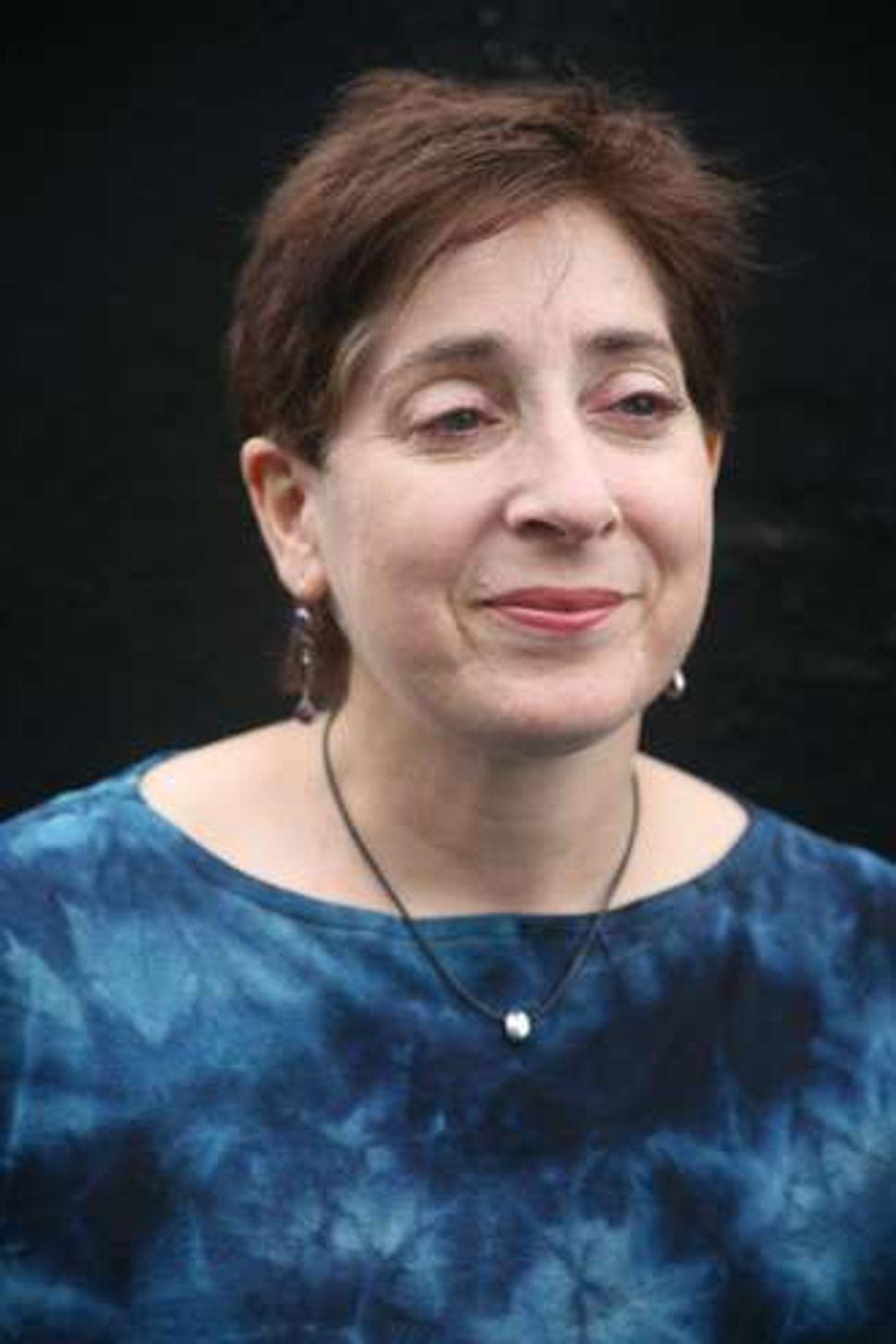 Elinor Nauen is Manhattan’s unofficial poet laureate of cars and baseball. Her newest book, “So Late Into the Night,” is a rollicking road trip on the model of Byron’s “Don Juan,” with over 600 stanzas of ottava rima about Derek Jeter (her non-Platonic obsession), road trips, her husband, morning minyan and herself. Nauen chatted with The Arty Semite about moving to New York from South Dakota, writing about shul, and whether Derek Jeter will ever read her poems.

Zackary Sholem Berger: How does a nice Jewish poet from South Dakota end up moving to New York and going for a black belt in karate?

Elinor Nauen: If you’re from SoDak, you are very likely to move on, especially if you’re Jewish. And New York is still the golden medina [country] for Jews. Actually, being Jewish is somewhat connected to my studying karate. When my best friend at synagogue died in 2007, I felt dislocated and that I had to do something different, and maybe something that involved punching. There are many similarities between karate and observing Judaism — a lot of rules that seem arbitrary from the outside, for example, and a strong emphasis on ethics (at least at my dojo).

Was the ottava rima in your book something imposed from without (it “called” you) or something you actively chose?

Very much both. I wrote a single stanza, idly, and I felt exactly as I had the first time I ever came to New York City: This is what I was waiting for, this is what I was looking for. I moved here in a flash and never looked back, and in the same way, I knew ottava rima was mine and would be there for as long as I needed and wanted.

I haven’t read Kenneth Koch’s “Ko” though I keep meaning to. Now I realize that a long poem with a lot of baseball can be moving and funny at the same time, even though I’m not a baseball fan.

I love Kenneth Koch, but “Ko” least of his works. His ottava rima (there’s also “The Duplications”) is more formal than mine. I don’t think it was an influence but I’m always wrong. What you consciously grab, in technique or tone or form, may not be what really shines through the work. What influenced “So Late”? Well, besides Byron? Ashrei for the acrostics and similar wordplay. John Clare for not getting Byron right, which left me room enough to plunge in. Probably in some completely random, inexplicable way, whoever I was reading along the way — Donne, Whalen, Myles, etc.

You need to be lucky to write a poem like yours. You have a husband who stars in some sections, a baseball star obsession in others, and — in still others — a synagogue. Unlike many Jewish authors, you don’t go on and on about how you are simultaneously attracted to and repelled by the Tradition. You write about shul like you write about your friends.

Zack! I love that you said one needs to be lucky — I secretly envy people who have “something to write about” — who have suffered or been a weird tabloid hero or a firefighter. I always feel I’m just plugging along, living my life, which I find totally entertaining but it’s just my life. And I love that you say I write about shul like I write about my friends. That’s exactly right and the plan of my life — befriend and be fascinated.

I didn’t have much Tradition or Yiddishkeit growing up and have always felt lucky I didn’t have to fight against it — as soon as I realized it was there and there for me, I could stroll right in and take what I wanted. I’m the rich lady who doesn’t have to look at the price tags.

You’re a Jew, and a poet. What does the conjunction of those things together mean to you? Does it have to mean anything?

Let me back into an answer or take the out you kindly offered: No, it doesn’t have to mean anything. Hard, though, to imagine that something as central as being Jewish doesn’t at least inform what one is most absorbed with, that is, poetry. If Judaism isn’t the subject, is it therefore not part of the process or the poem? No, I don’t think so.

I’m a lot of things: I grew up on the prairie and so my lines are (usually) long, out to the horizon. I’m female, so I’m concerned with cutting men down to size (ha!). I’m a baseball fan, a wife, a sometime gear-head, a karate-ka, easily amused, very tall — it’s all part of how and why the work gets written.

When is Derek Jeter going to read your book?

He’s not much of a reader, I’m pretty sure. My experience is that public figures don’t really like to read poetry about themselves. Or poetry at all.