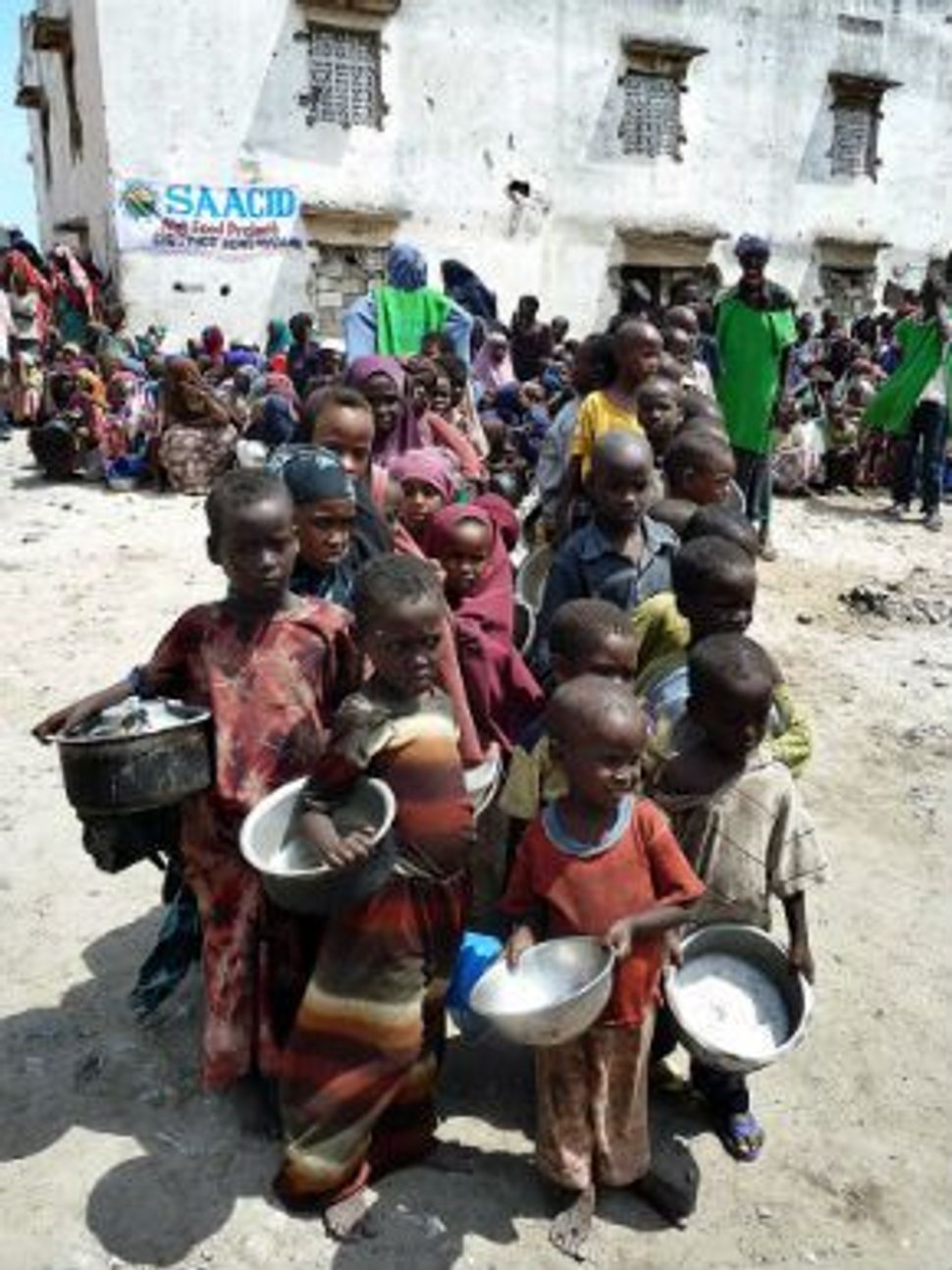 Children line up for a meal in Mogadishu, where more than 100,000 people have fled to to seek help from a severe drought that has hit Somalia. Image by Getty Images

The 5-page booklet was written by Marc Friend, who works for American Jewish World Service in its advocacy department and who was recently an Eisendrath Legislative Assistant at the Religious Action Center of Reform Judaism. It provides some basic background on the rituals, traditions and religious texts of Sukkot, as well as useful statistics about the situation on the ground in the Horn of Africa and resources for further learning about food justice.

With its discussion questions and suggested activities for a variety of groups and settings, the guide can be used by rabbis and synagogue educators, day school teachers, youth group leaders and families at home.

“The Horn of Africa is experiencing one of its worst droughts in 60 years. 13.3 million people, mostly nomadic pastoralists and farmers in parts of Somalia, Kenya and Ethiopia, are severely lacking access to food and water. In Somalia, it is being reported that a child dies every six minutes because of this famine,” the guide tells us. It also emphatically reminds us that “Drought is an act of nature. Famines are man-made.”

ONE suggests that rather than inviting the traditional biblical Ushpizin into our sukkah this year, we instead welcome the hungry — be they our literal neighbors or symbolic ones from the other side of the world. And if we happen to have a computer with us in our temporary hut, we can also watch “Growing a Better Future with Sweet Potatoes,” an accompanying video clip about how famine can be prevented by investing in long-term solutions for independent farmers in Africa.