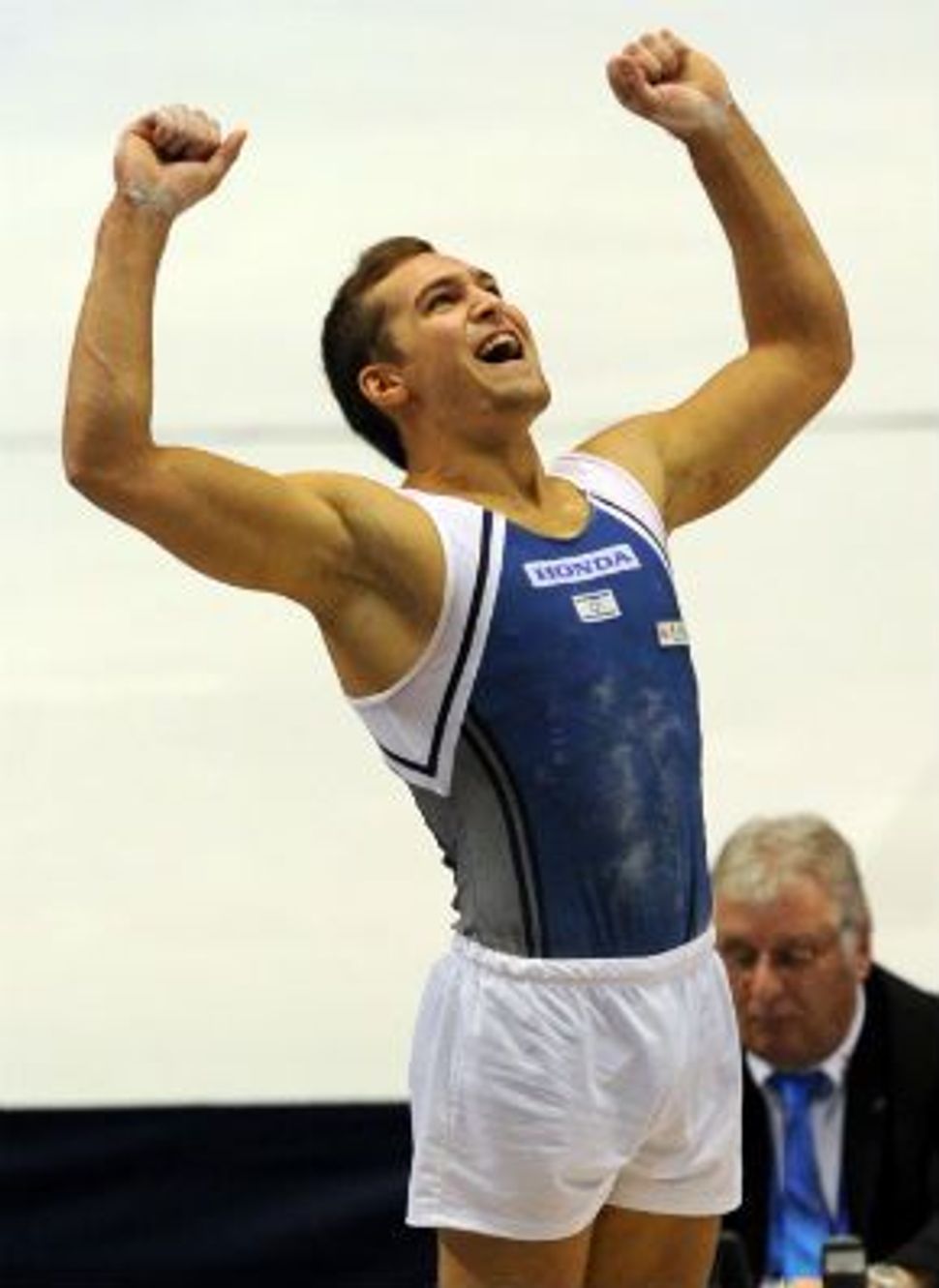 Israeli gymnast Alexander Shatilov is on his way to the 2012 Olympic Games in London after winning the bronze medal for floor exercise at the Gymnastics World Championships in Tokyo on October 15.

The 24-year-old Uzbekistan native, who immigrated to Israel in 2002, tied for third in the floor exercise with Diego Hypolito of Brazil, with a score of 15.466. China’s Zou Kai, the Beijing Olympic and 2009 world floor champion, won the silver, and Kohei Uchimura of Japan took the gold. Uchimura had won another gold 18 hours earlier, becoming the first male gymnast to win three all-round titles.

Shatilov, Israel’s leading male gymnast, won Israel’s first ever World Championship medal in 2009 — also a bronze — for his performance in the floor exercise. That was in London, and now he is set to head back there as Israel’s greatest Olympic hope.

“My future plans are aimed toward the 2012 Olympic Games,” Shatilov told Haaretz after winning the bronze in 2009. It looks like things are going according to plan for him.