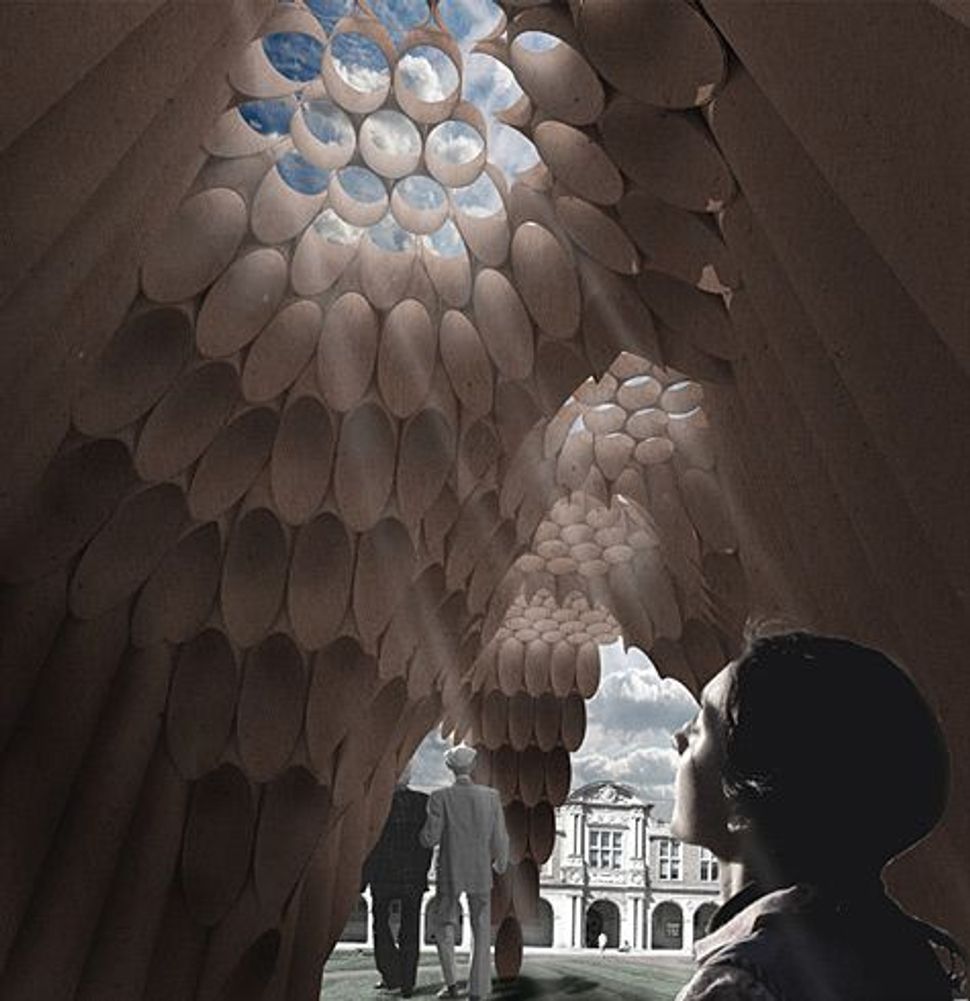 A year after a sensational debut in New York’s Union Square Park last year, the “Sukkah City” idea has made its way westward to St. Louis. The 10 winners of the “Sukkah City STL” design competition were announced October 4, and they are now in the midst of installing their structures on the campus of Washington University. The projects will be on view October 18 to 22.

The cutting edge sukkot were selected from among more than 40 entries submitted by architects and designers from all over the U.S. “Each of the proposals, in their own way have re-imagined the ancient sukkah, using it as a canvas to explore the role boundaries define what it means to be human,” said Rabbi Andrew Kastner of St. Louis Hillel, which co-sponsored the competition with the university’s Sam Fox School of Design & Visual Arts and The Museum of ImaJewnation. Additional support has come from the St. Louis Jewish Community Center and by the Sam Fox School’s Charles and Bunny Burson Art Fund.

The winners — some individuals, some teams — hail from New York, Los Angeles, New Orleans, Philadelphia, Chicago and St. Louis. From the titles and renderings of their design it seems that these sukkah visionaries took the statement in the call for submissions to heart: “The paradoxical effect of these constraints [the halachic parameters for building a kosher sukkah] is to produce a building that is an intellectual tangle of contradictions. When built, the structure is simultaneously new and old, timely and timeless, mobile and stable, open and enclosed, familiar and unusual, comfortable and critical.”

As visitors meander though and spend time in the fantastical structures, with such names as “ARTichoke,” “Storycubes,” “Thru-motion,” “Exodus,” and “Heliotrope,” they will have much to marvel at and comment on, as visitors to New York’s “Sukkah City” did. “We are certain that the installation will provoke deep and meaningful conversation,” Kastner said.