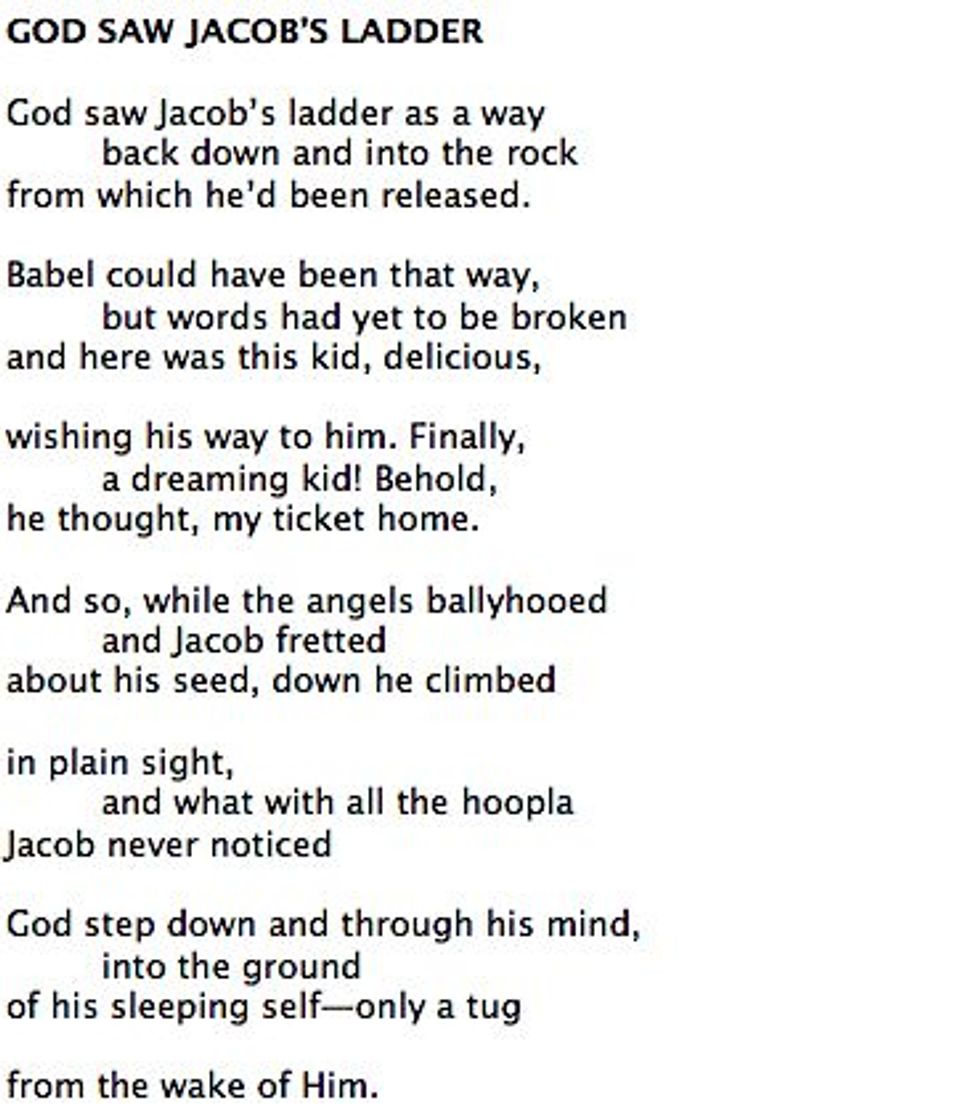 One of my greatest poetic discoveries this year has been the work of Murray Silverstein, which I first encountered in the recently published book “Chapter & Verse: Poems of Jewish Identity.”

Silverstein’s daytime gig is in architecture; he has written and co-written a number of books on the subject, including the prosaically titled “Dorms at Berkeley: An Environmental Analysis.” In his poetry, however, Silverstein’s architectural expertise takes an entirely different angle. He still deals with structures, but metaphysical rather than concrete ones.

In “What Became of Me,” featured today on The Arty Semite, he encounters a shop window with turning rotisseries that in a flash of insight, remind him of our layered thought processes — “These are dripping on those.” The potency of his language is striking, the imagery so vivid, the reader can smell, if not taste, the spinning goods. In his poetic cadences he also captures a familiar phrasing — an East Coast Jewish accent, perhaps?

His diction is equally distinct in “In the Beginning,” another poem where questions of metaphysical architecture come to the author’s mind, here inspired by his infant grandson. This piece is a wild mixture of philosophy, psychoanalysis and pure grandfatherly nachas. Finally, “God Saw Jacob’s Ladder” is steeped in the tradition of midrash, turning the biblical story upside down — literally.

Both “What Became of Me” and “God Saw Jacob’s Ladder” appear in Silverstein collection “Any Old Wolf,” his first book of poems and recipient of the 2007 Independent Publisher medal for poetry. Silverstein’s poems have appeared or are forthcoming in RATTLE, West Marin Review, RUNES, Connecticut Review, Zyzzyva, Fourteen Hills, Pembroke Magazine, Elysian Fields and other journals.