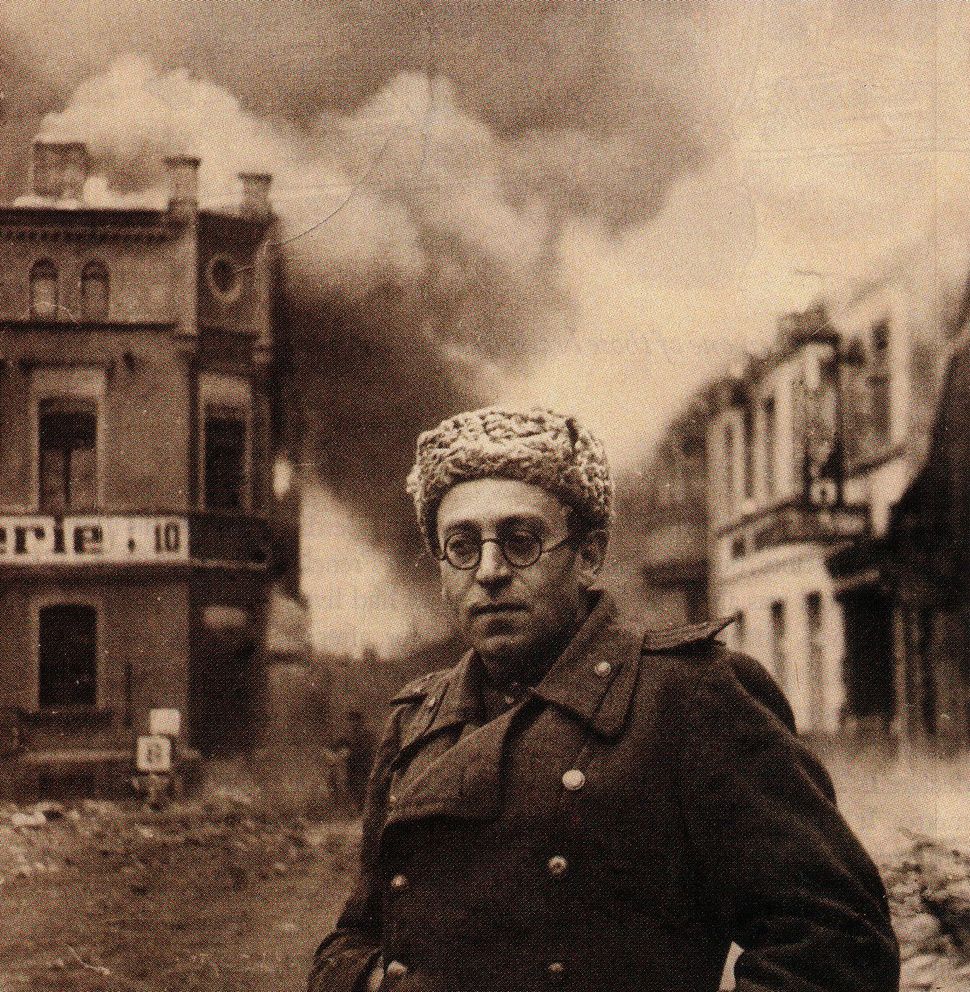 “Life and Fate,” the 900-page opus by Vasily Semyonovich Grossman, is important not only as literature, but also as a history of Stalinist Russia. Since 2006 it has been available as a paperback from NYRB Classics, recently turned into a radio play on U.K.’s BBC 4, and a newly minted paperback can now be found in British and European airport and railway station bookshops, at hand’s reach of travellers used to a diet of pulp fiction.

Grossman, born in the Ukrainian town of Berdichev — home to one of Europe’s largest post-World War II Jewish communities — studied chemistry at Moscow State University. He soon found his true vocation to be literature, but never lost his interest in science. His exceptional translator, Robert Chandler, suggests that the central figure in “Life and Fate,” a nuclear scientist named Viktor Shtrum, is a self portrait. But Shtrum’s megalomaniac, fault-finding character does not echo the soul of a man who had to make life-threatening decisions throughout his 59 years. From the time he reported on the excesses of pre-war Stalinist purges to the slaughter of the Kulaks and other communities, he was forever putting his life in jeopardy.

“Life and Fate” is a primer for those seeking the most beautiful thing in life, truth. It is a declaration to seek a path through the cloud of specious logic that can lead to tyranny. “In the field of politics the equivalent of a theorem is a perfectly disciplined army; of a sonnet or picture, a police state under a dictatorship. The Marxist calls himself scientific, and to this claim the Fascist adds another, both are justified in their pretensions….” wrote Aldous Huxley in “Ape and Essence.” Grossman was also one of the first to suggest that Stalin and Hitler were different sides of the same coin, but his belief in a system where the workers of the world could unite for freedom gave him the courage to remain true to his people.

Grossman is also one of the finest examples of a wartime correspondent. Soldiers and generals alike valued his courageous reports for the Red Army newspaper, Red Star, from the defence of Moscow to the hellish battle of Stalingrad. Thirty-four years after Grossman’s death in obscurity, Antony Beevor’s haunting book, “Stalingrad,” turned to Grossman’s on-the-spot reporting for authentic and vivid illustrations nobody else had captured.

Time and again I find myself captivated by the intense beauty of Grossman’s prose. On his arrival in Stalingrad he wrote, “Sunset over a square. A terrifying and strange beauty: the light pink sky is looking through thousands and thousands of empty windows and rooftops.” His poetic descriptions of men and women caught up in treachery, dishonesty, cowardice, and guilt reminded me of the poem composed by a simple soldier to the beauty of a virgin birch forest in Russian film director Mikhail Kalatozov’s 1957 non-political World War II story, “The Cranes Are Flying.”

Reading “Life and Fate” is still a must today, since we have learned little from 70 years past. From U.S. Republican presidential hopefuls Cain, Perry and Bachmann’s acceptance of water boarding, to British Prime Minister David Cameron asking citizens to report people they suspect of being terrorists, whether eco or Islamic, our society still smacks of Fascism and Stalinism. Vasily Grossman put his finger on all these subjects and more. This book is for our time.