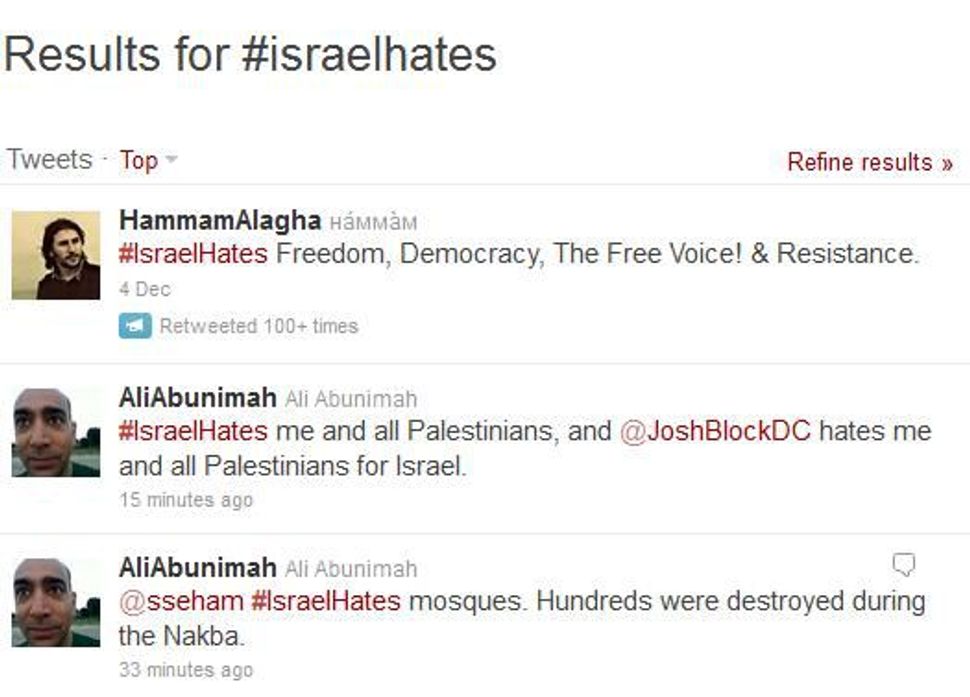 According to reports at one point this week the hashtag accounted for 0.15% of all Twitter traffic, which doesn’t sound like a lot, but when you think about the scale of Twitter’s usage, is quite remarkable.

Now, pro-Israelis have caught on, and the hash-tag has become battleground for a war of words between the two groups. You have Tweeters writing things like Israel hates “that it’s a fabricated entity with bogus history,” or that it hates “it when we don’t buy products they’ve grown on lands they’ve stolen from others.” Others Tweet statements they hope will make Israel’s case, like Israel hates “rockets being launched at it” and Israel hates “people who have never been to Israel, criticize it, and have no clue what the f**k they’re talking about.”

There are also plenty of bizarre postings, like Israel hates “the back wheels of their shopping carts. Why can’t they make them stationary??” Yes, it’s heavy on stupid comments, anger, and simplistic Israel advocacy, but it’s strangely entertaining and addictive. Check it out, here. If only all discussions about Israel were so succinct!