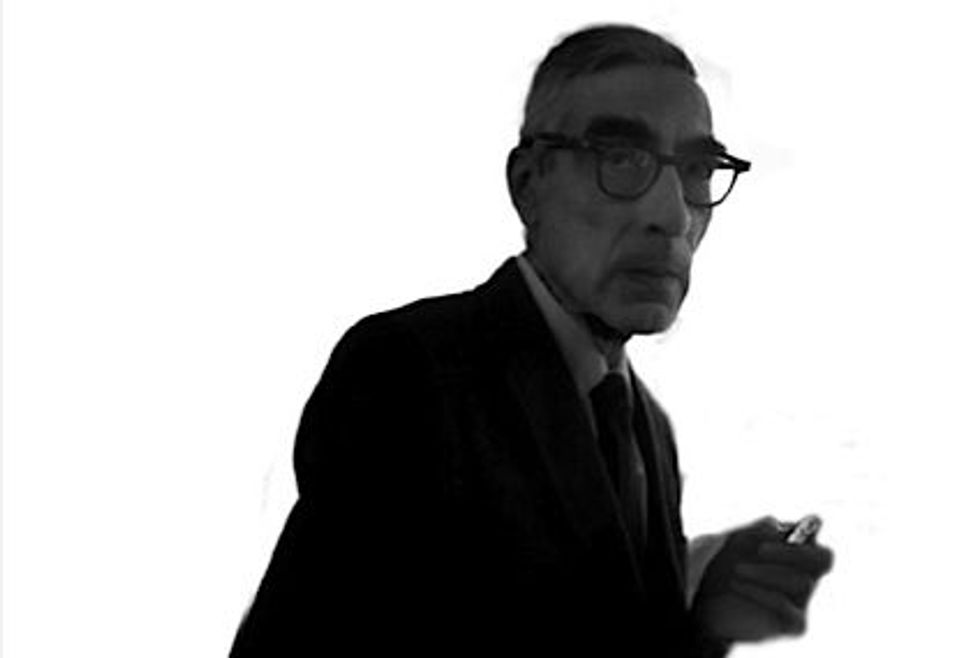 In this, the third annual Forward Fives selection, we celebrate the year’s cultural output with a series of deliberately eclectic choices in music, performance, exhibitions, books and film. Here we present five of the most important poetry books of 2011. Feel free to argue with and add to our selections in the comments.

2011 has been a memorable year for poetry. We managed to highlight some of the great recent books both in the arts and culture section of the Forward and on The Arty Semite. Here are the five that resonated most intensely. Because this isn’t a hit parade, the list is not arranged hierarchically, but chronologically, in order of publication. Along with these triumphs, it also seems appropriate to mention the loss the world of poetry suffered with the passing of the great and largely unrecognized American master, Samuel Menashe.

“Coming To Life”
By Joy Ladin

In her poetry, Ladin does not merely recount her story of being a transgender Jewish poet, professor and father of two, with all of the tangled emotional and physiological complexities that involves, but opens, to the reader, the metaphysical depth of the experience. I would recommend reading this collection side by side with Ladin’s previous book, “Transmigration Poems,” published in 2009 — there’s a fascinating continuity between the two.

Read the Forward’s review of ‘Coming to Life’ here.

“A” and “Anew: Complete Shorter Poetry”
By Louis Zukofsky

What’s more exciting: a young new poet or an old one, brought back into print? Interest in Louis Zukofsky and recognition of his importance in the context of modernism, the avant-garde, and objectivism — along with at least a half-dozen other “isms” — has had its lulls and surges over the past few decades. The two volumes of this “poet’s poet’s poet,” brought back into print by New Directions, have been a real gift to any serious reader of poetry. Virtuosic, funny, garrulous, obsessive, Zukofsky meticulously records the flight of his thought, traversing the bridge between the world of his parents — Orthodox Jews from Lithuania — and the world of modernity he found himself a part of.

Read the Forward’s review of ‘A’ and ‘Anew: Complete Shorter Poetry’ here.

Jerome Rothenberg, a monumental figure of American poetry and poetics, turned 80 this year. This retrospective collection outlines the trajectory of his poems over five decades, some of which have fallen between the cracks. The poems aren’t merely a feast of styles and approaches, but a dictionary of forms Rothenberg forged during his immensely productive, and still continuing, career.

“The Kangaroo Girl”
By Judith Baumel

However rewarding, poetry is also notoriously dense. So it is not often that one gets through a whole poetry collection and ends up with the complaint that the collection was too short. Yet, after the last pages of Judith Baumel’s thin volume, that’s precisely the feeling that seems to arise. Covering a wide range of subjects and styles, from childhood memories to motherhood, poetics to history, Baumel’s collection is simply excellent.

This is the only book on the list that I didn’t review for the Forward, and that was because of a conflict of interest: Moss is my editor and publisher. Fortunately, this collection has been discussed elsewhere, including in The New Republic. I do have two quick points to add: The first is that Moss, in his poetry, is an incredible practitioner, and perhaps a transformer, of Buber’s “I-Thou” cosmology. Sometimes directly, and often in subtle ways, he casts everyone and everything, from great art works to his own toes, against the backdrop of a spiritual context, spiritual weight and struggle. Also, unlike so many other great poets, he knows how to reach beyond the epically glum prospects of humanity’s plight, and to convey sensations of pure enjoyment and deep excitement about the surrounding world, from the smell of flowers to the barking of his dogs, from conversations with friends to encounters with the muse.