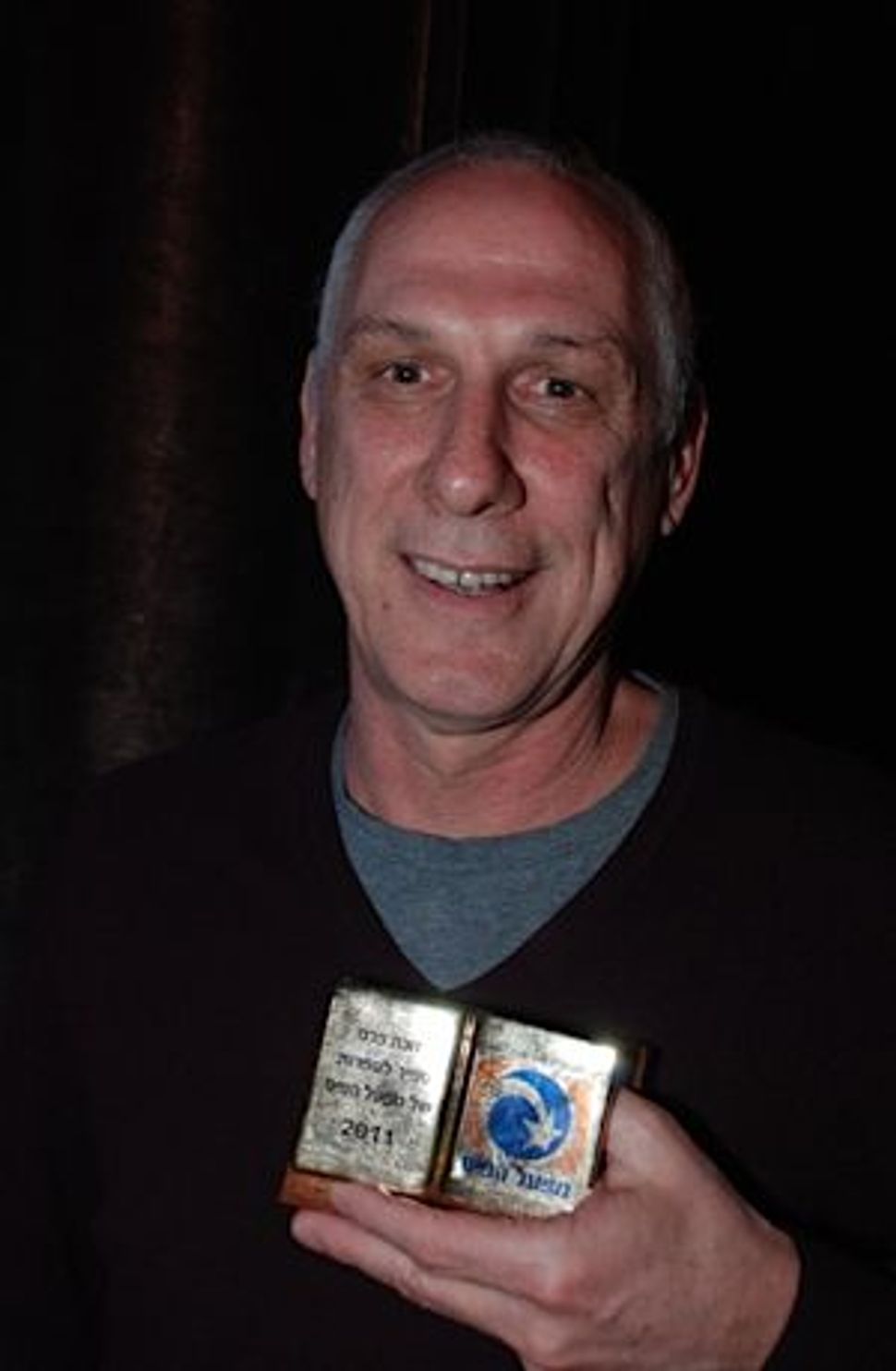 At a gala ceremony in Tel Aviv January 16, author Haggai Linik joined a select group of literary luminaries when his third novel, “Darush Lahshan” (“Prompter Needed”) was awarded Israel’s Sapir Prize for Literature. Inaugurated in 2000, the Sapir Prize is Israel’s most prestigious literary prize. Awarded by Mifal HaPayis — the National Lottery — the Sapir Prize has previously been given to authors such as Ron Leshem, Gail Haraven, Sara Shilo and David Grossman.

Like many other book awards, the prize has been tinged with controversy in the past. Several leading authors have declined to submit their books for adjudication, claiming a bias towards bestsellers over “quality” literature; more recently, the 2009 award, to Alon Hilu for “Ahuzat Dajani” (translated into English as “The House of Rajani”), was revoked amidst an unseemly row involving allegations of censorship and conflicts of interest in the judging panel. But none of these problems were evident at a tightly choreographed award ceremony, presented by media darling Avri Gilad and with entertainment from virtuoso pianist Shlomi Shaban.

Darush Lahshan is the story of Nehemia and Mira. Nehemiah was a soldier in the Red Army that overran Germany at the end of World War II; Mira — a convert to Judaism — is German, and had seen at first hand the ravages of the Russians in conquered Germany. They meet in Italy, move to Israel, have six sons, try to bury the memories of violence. But when their first son is killed during his military service, their suppressed past comes back to haunt the present.

In their citation, the panel of judges — chaired by Dalia Dorner, a retired Justice of the Supreme Court — warmly praised Linik for a narrative voice “replete with gentleness, sharpness, amazement and humor, in the face of the fortitude that refines human pain.” Linik, for his part, was simply content to revel in his unexpected triumph: “Like in soccer, I came small and left big,” he remarked, referring to his underdog status ahead of the ceremony.

Linik, 52, studied Music at the School of Music in Tel Aviv and Jazz at the Berklee School of Music in Boston. For the Sapir Prize, he will receive a NIS 150,000 cash prize, as well as the translation of his book into Arabic and another language of his choice. The four other finalists — Orly Castel Bloom, Moshe Sakal, Dan Benaya Seri for and Matan Hermoni — will each receive NIS 25,000.