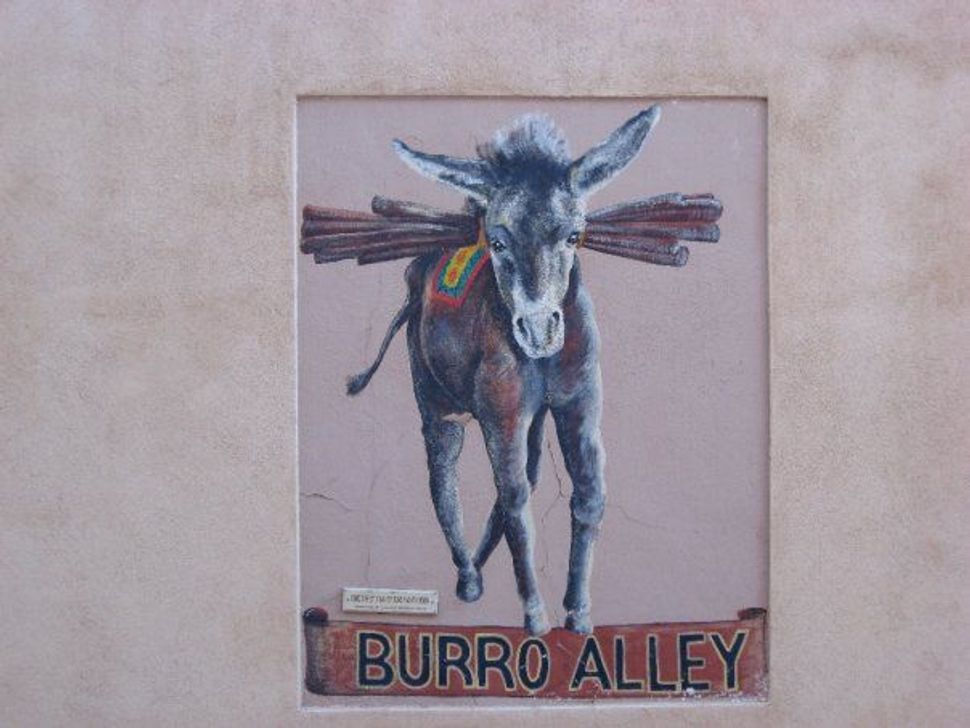 Earlier this week, Leigh Stein revealed one of her early aspirations: to “Be Anne Frank.” Her blog posts are being featured this week on The Arty Semite courtesy of the Jewish Book Council and My Jewish Learning’s Author Blog Series. For more information on the series, please visit: 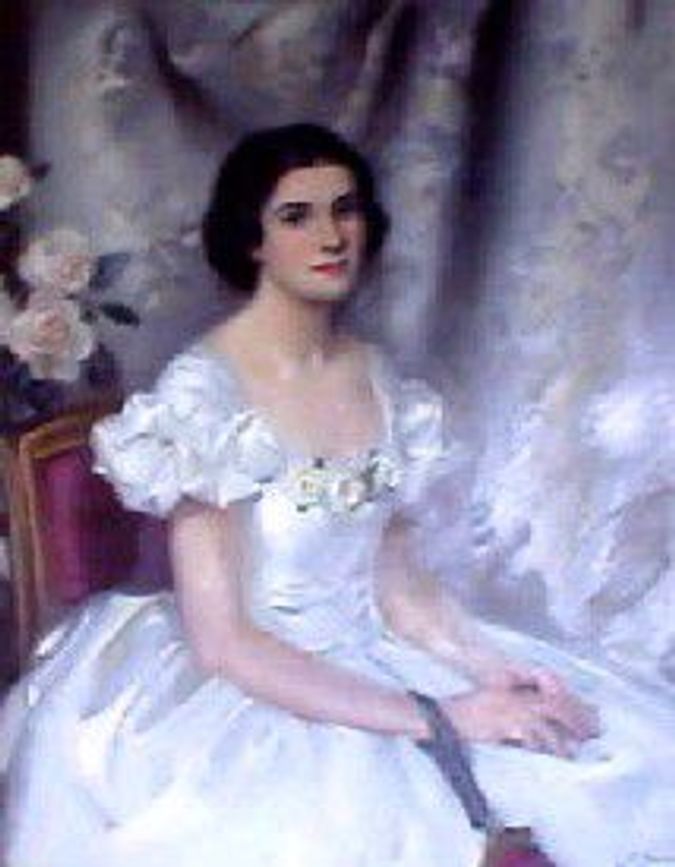 This painting hangs in her room at the hotel. It is assumed to be Julia, but it could be one of her descendants, as it wasn?t painted until 1939.

My fascination with New Mexico began in 2007, when I moved to Albuquerque sight unseen to write my first novel, “The Fallback Plan.” The state is nicknamed “The Land of Enchantment,” and that’s one of the reasons I moved there, from the less exotic “Land of Lincoln.” In general, I found the people there to be very open to talking about unsolved mysteries — ghosts and disappearances, aliens and conspiracies. A neighbor told me that the Sandia Mountains were partly “fake,” built by the government to hide missiles near the air force base. Another said he’d seen la llorona in the shallow waters of the Rio Grande.

So I don’t generally associate the American Southwest with the Jewish Diaspora, but I do associate it with ghosts. And last spring, I went back to the Southwest on a kind of working vacation, to soak in some sunshine and work on a new book project, which is partly set there. I took a tour in Santa Fe and learned about one of the city’s most famous ghosts, a German Jew named Julia Staab, who died in 1896 and now haunts La Posada Hotel.

Julia was the wife of Abraham Staab, who emigrated at age 15 to escape military conscription and life in the ghettos, later becoming a wealthy merchant who made his fortune as a contractor for the U.S. army. Because of the lack of eligible (Jewish) wives in the area, he returned to Germany and convinced Julia Schuster, age 16, to marry him. As the story goes, Julia was reluctant to agree to a life in the Wild West, but eventually consented.

At first, the couple lived on Burro Alley in Santa Fe. I took this picture there in 2008.

By most accounts, Julia was sickly, and suffered from depression. She was also famously beautiful. Abraham built her a mansion north of the Plaza, in the French Second Empire-style, which stood in stark contrast to the adobe homes surrounding it. The third floor was devoted to a ballroom, where they hosted the best parties in Santa Fe.

Julia had seven children, some miscarriages and at least one stillborn, who is buried in the family plot. They say that after the death of her youngest, she was so grief-stricken she couldn’t eat, she couldn’t sleep, and after two days of this she looked in the mirror and her hair had turned from black to white.

There were no more parties. Julia would not leave the house. In town, Abraham made excuses for his wife’s notable absence. Rumors circulated that she had gone mad.

No official mention is made of Julia until years later, when a brief notice of her death at age 52 appears in the local paper. No cause is stated.

The mansion is now a resort hotel: La Posada. Guests who have stayed in Julia’s suite have reported that the bathtub will fill with water on its own. (One rumor of her death is that she drowned there.) In the restrooms on the first floor, her face has appeared in the mirror. A hotel bartender has reported glasses flying off the shelves.

I am drawn to Julia’s story for a number of reasons. First, her history is in some ways a composite of my own ancestors’, half of whom are German Jews who became merchants in the U.S. in the 19th century, and half of whom are Scotch-Irish pioneers who became homesteaders on the Kansas plains. I sympathize with her displacement, imagining what it must have been like to arrive in arid New Mexico for the first time, an experience I also had as a young adult. If anything, Jewish history is one of exile, and the Staabs’s story is a fascinating tale of Jews carving a new life in the American Southwest. Finally, Julia’s story is so poignant to me because even now she is in exile, unable to return “home.”

But only if you believe in ghosts.

For more information on the Staab family, there is an interesting (and brief) memoir in the archives of the Center for Jewish history, accessible here.

Leigh Stein’s debut novel, “The Fallback Plan,” is now available. Leigh is a formerNew Yorker staffer and frequent contributor to its Book Bench blog. She lives in Brooklyn, where she works in children’s publishing and teaches musical theater to elementary school students.