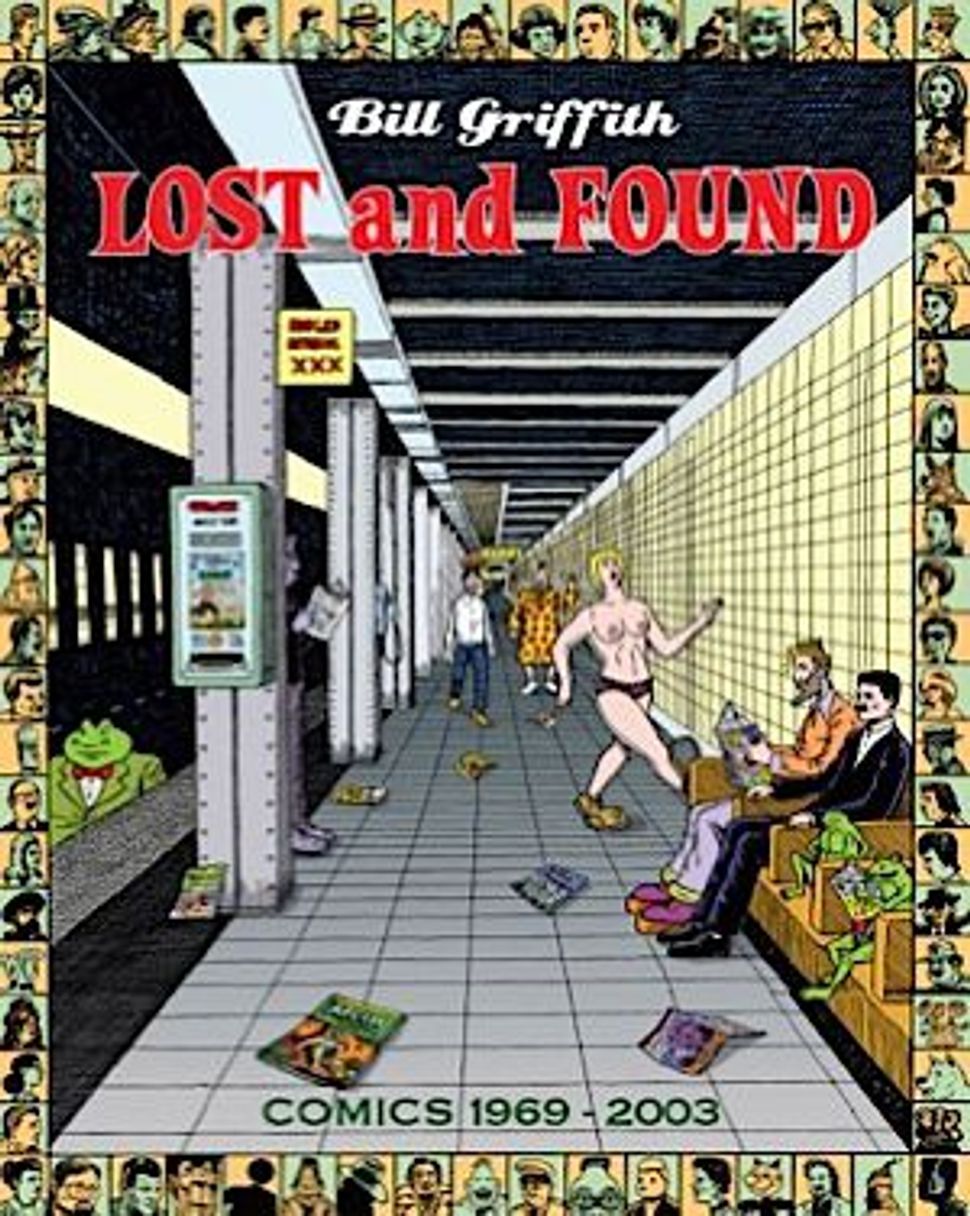 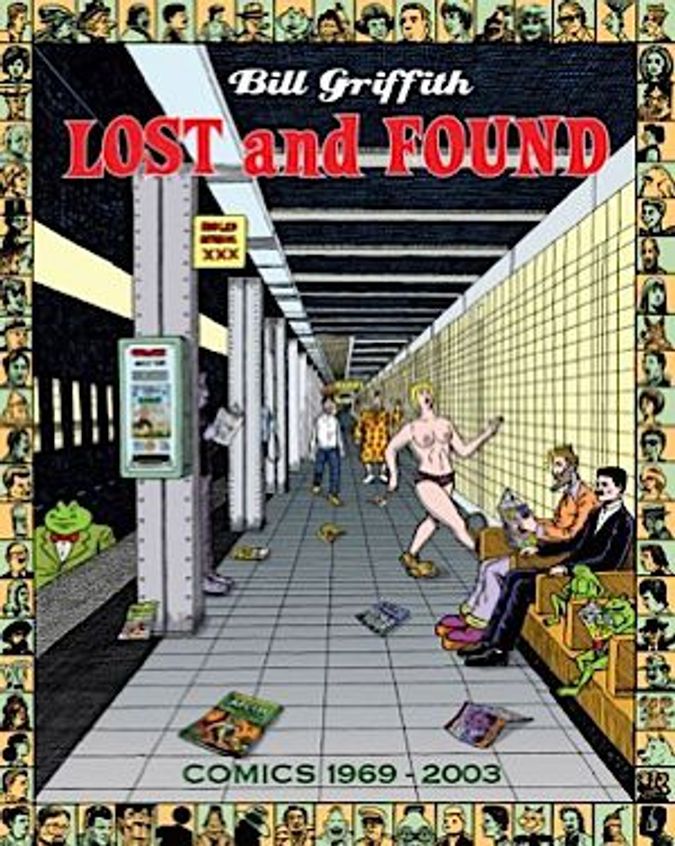 Bill Griffith, the one prominent figure of underground comix to reach the daily comic page mainstream, has delivered again with a phone book-sized volume both odd and pleasing. It comes with a Long Island back-story.

Life (suburban life, that is), found this grandson of famed Western landscape photographer William Henry Jackson growing up in the self-satirizing environment of Levittown, Long Island. He got out as quickly as he could, and at 25 was drawing comics in Manhattan for the hipster East Village Other spinoff, Gothic Blimp Works. Thanks to Griffith, as well as to Kim Deitch, Robert Crumb, Spain Rodriguez and a handful of others, the comic art revolution had begun.

This wild-and-crazy development owed a lot to Mad Comics, successor to Mad Magazine, and above all to Mad founder Harvey Kurtzman, who published young artists in the short-lived Help! magazine of the early 1960s. It owed a bit more to the loosening social standards that allowed artists to express themselves in stronger political and sexual terms than had previously been imaginable. The artists of the emerging genre furthered the Kurtzman ethic of humor as social critique, a style that scholars of humor history would later come to associate with Monty Python (John Cleese actually worked on Help! for a time), Saturday Night Live and The Simpsons.

Strangely, alternative comics from this era didn’t owe much to the Jewish influence that had been central to the mainstream comic book industry. But with the return of the alternative comics center to New York from San Francisco, the Jewish role in comic art would become central in a new way.

While most of the artists of alternative comics were not Jewish, much of their counter-cultural audience was. Griffith, with his Long Island love-and-hate memories, had another crucial link: His wife and fellow comic artist Diane Noomin (born Newman) was a fellow Long Islander, but from a more genteel, leftwing Jewish family. Close observers would be quick to note that Griffith “assimilated,” in the same way that leftist gentile Hollywood writers with Jewish wives and friends had earlier assimilated, acquiring much of their politics and aesthetics in the process.

Griffith, with his “Zippy the Pinhead” cartoon, which has been carried in dozens of daily newspapers since 1984, has had numerous reprint books, but none so exhaustive as “Lost and Found.” Day by day, week by week, year by year, Zippy reveals the oddness of post-modernity and opens up a large view of civilization both berserk and humorous, when viewed from what has been called “the Zen of stupidity.”

Nor has any previous collection contained such a substantial memoir as the artist’s introduction to this volume, “Inside the Box.” Not even Griffophiles (or is it Zippophiles?) like this reviewer knew most of the details offered here, many of them inside stories of big-budget film and television projects that didn’t quite happen.

What’s Jewish about this humor? It would be easier to ask what is not Jewish. A 1978 piece, “Is there life after Levittown?” is typical, with the ghosts of postwar consumer culture accumulating around the life (and confused mind) of a teenager born in 1944, hitting puberty just as the 1950s eased out of sight. It was easy to take a train to Manhattan, and flee onward to San Francisco, and still onward again to picturesque rural Connecticut, but impossible to leave the ghosts of memories of Levittown behind.

Perhaps, however, that’s a good thing. Memories of alienation amidst the sprawl prepared Griffith for a lifetime of comical critique as, perhaps, nothing else in the second half of the 20th century could have. At the end of the introduction, he quotes Robert Crumb saying that the artist “does more time out there in the horrible jungle of the modern world than any of us…how does he do it?” Griffith’s answer is that it gets easier and easier: He knows right where he is supposed to be.