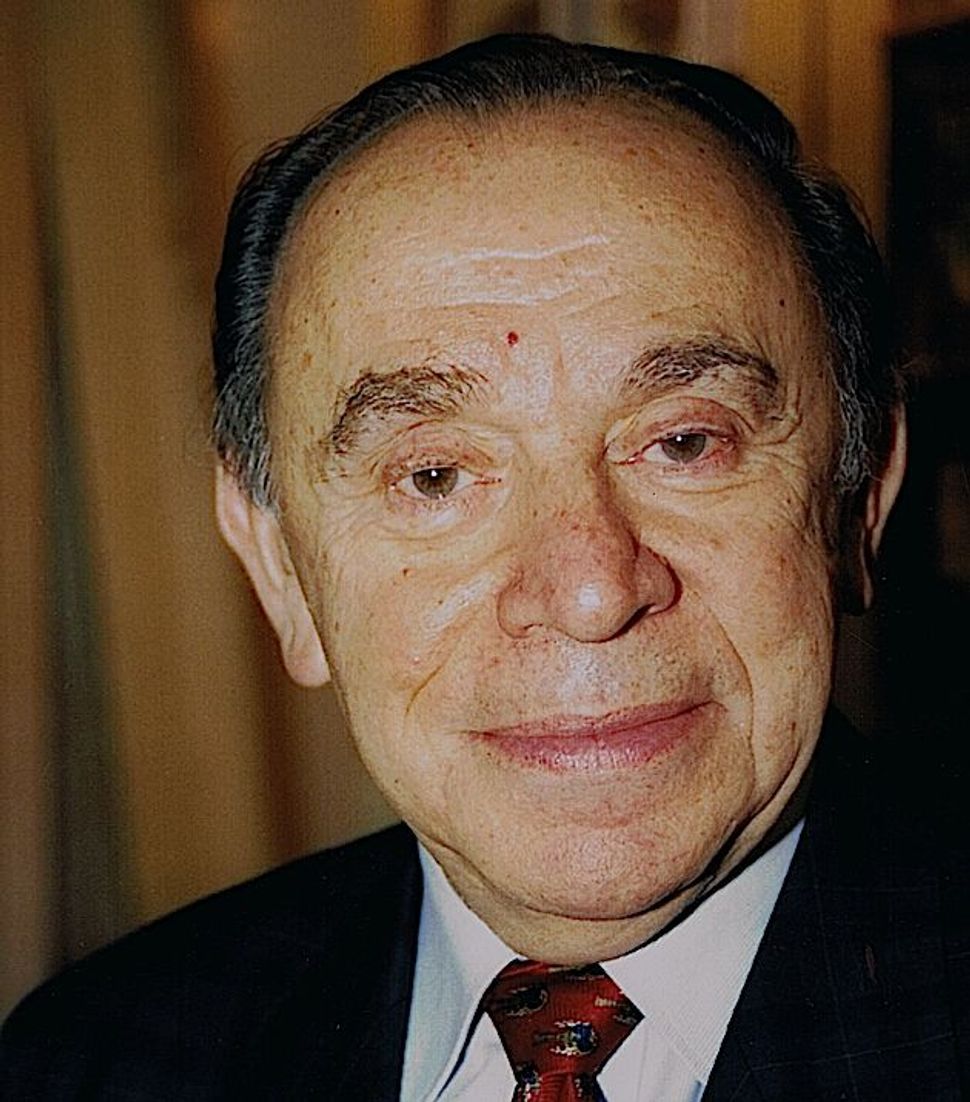 In a 2005 speech at The Bundestag, Germany’s federal legislative body, Lustiger opined that his adopted country — born in Będzin, Poland in 1924, he is longtime resident of Frankfurt where he made a career in the clothing industry — does not honor its own rescuers of Jews sufficiently. Even Jerusalem’s Yad Vashem only honors 495 Germans as Righteous Among the Nations, which Lustiger feels is too few.

He told a recent interviewer, “In Berlin alone there were thousands of Germans who helped their Jewish fellow citizens.”

Whereas Hollywood has brought posthumous fame to Oskar Schindler, “Rescue-Resistance” tells of less internationally acclaimed industrialists, such as Berthold Beitz, one of the aforementioned Righteous, now 98. Or Eduard Schulte, Robert Bosch and Ernst Leitz II.

There were also humble people such as Hedwig Porschütz, a Berlin prostitute. When not receiving clients in her cramped apartment on Alexanderstraße, the woman whom Lustiger nicknames “Saint Hedwig” hid Jews. Whenever her customers gave her food stamps, she bought provisions and sent them to Theresienstadt, where deported Berlin Jews were starving. Claiming no honors after the war, only in 1956 did Hedwig, by then living in poverty, claim the status of a “victim of the Nazi regime,” which was refused by the German government because she was a prostitute.

Lustiger considers this a “great injustice.” For years, eager to move on with his life from his own status as Nazi victim, Lustiger downplayed his wartime travails, and when his young children asked why a number was tattooed on his arm, he replied: “Oh, that’s just my phone number because I’m so forgetful.”

In 1985, the 40th anniversary of the liberation of Auschwitz revived memories, and since then Lustiger has energetically worked to keep historical tragedy fresh in people’s minds. In a 2000 speech in Stockholm, Lustiger had harsh words for such authors as Raul Hilberg, Hannah Arendt and Bruno Bettelheim who minimized the Jewish anti-Nazi resistance in Europe, views which Lustiger termed “insulting clichés” and “merciless nonsense.” Analyzing the Jewish resistance across Nazi-Occupied Europe in previous books, Lustiger has now reminded us that in this Resistance, Jews had non-Jewish allies.

Listen to Lustiger describe his new book on a March 11 German radio broadcast.