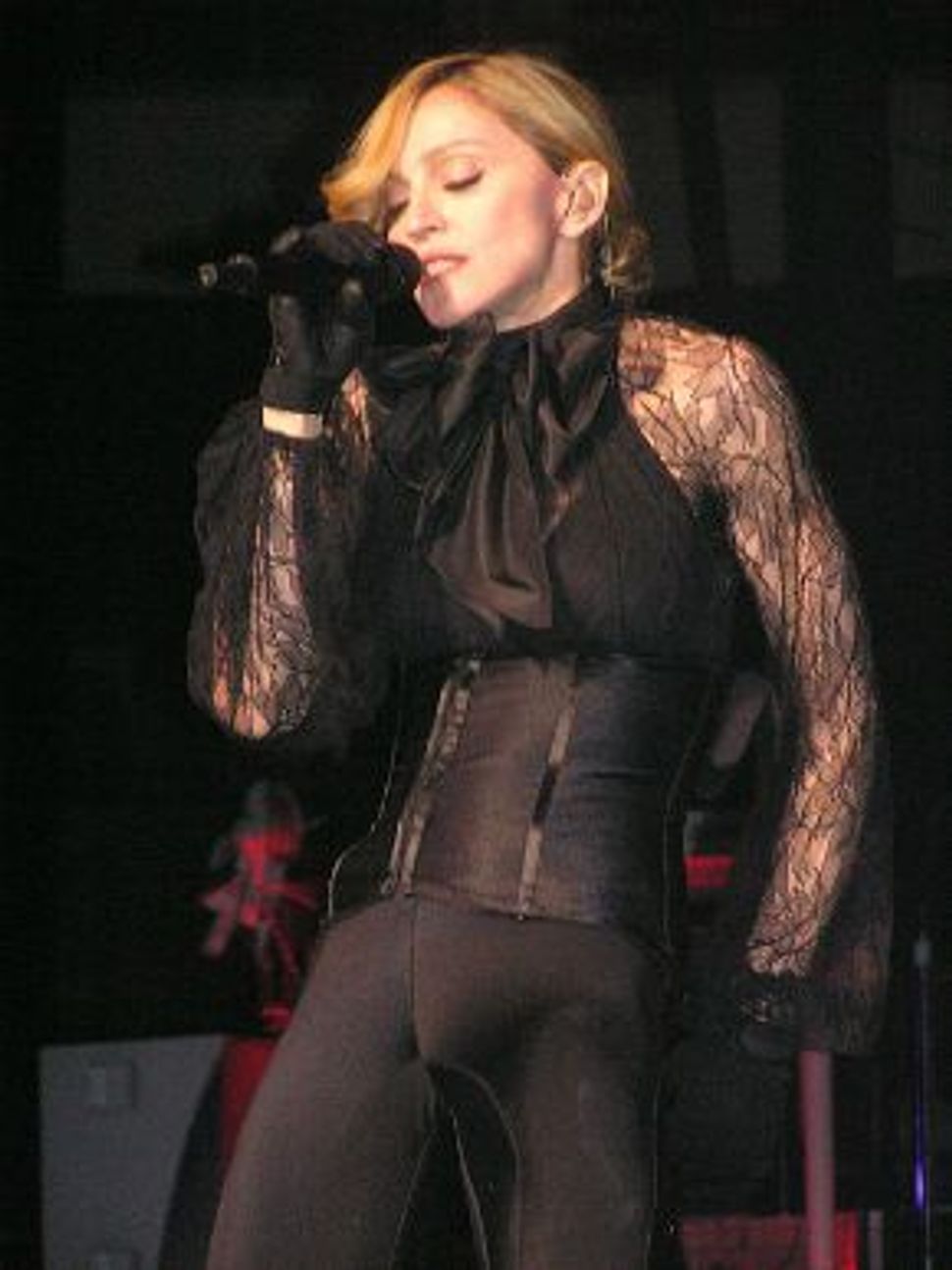 At Madonna’s Tel Aviv concert on May 31, the pop queen went one provocative image too far. According to the Telegraph, a photomontage displayed behind the singer as she performed “Nobody Knows Me” showed a photo of France’s National Front leader Marine Le Pen with a swastika etched on her forehead, dissolving into a portrait that resembled Adolph Hitler. Le Pen didn’t take the implication lightly: The French politician is threatening a lawsuit against Madonna if she repeats the gambit at her upcoming concert in Paris in July.

Though the photo only appeared onscreen for a second, sandwiched between images of Madonna’s face morphing into other politicians like Sarah Palin and China’s Hu Jintao, right-wing leader Le Pen responded furiously. “We understand how old singers who need to get people talking about them go to extremes,” Le Pen told The Daily Mail.

Le Pen has reason to be touchy. Though she’s toned down her party’s extremist views, she’s had to struggle to distance herself from her father, Jean-Marie Le Pen, and his staunch anti-Semitism. Le Pen also attacked Madonna’s hazy adoption processes, asking “By the way, has Madonna given back the children she stole from Africa?”

But perhaps the best burn came from Joan Rivers, who’s mocked Madonna mercilessly in the past. “Madonna launched her world tour in Tel Aviv and she looks great,” Rivers tweeted, “For a woman only 10 years younger than the State of Israel.”