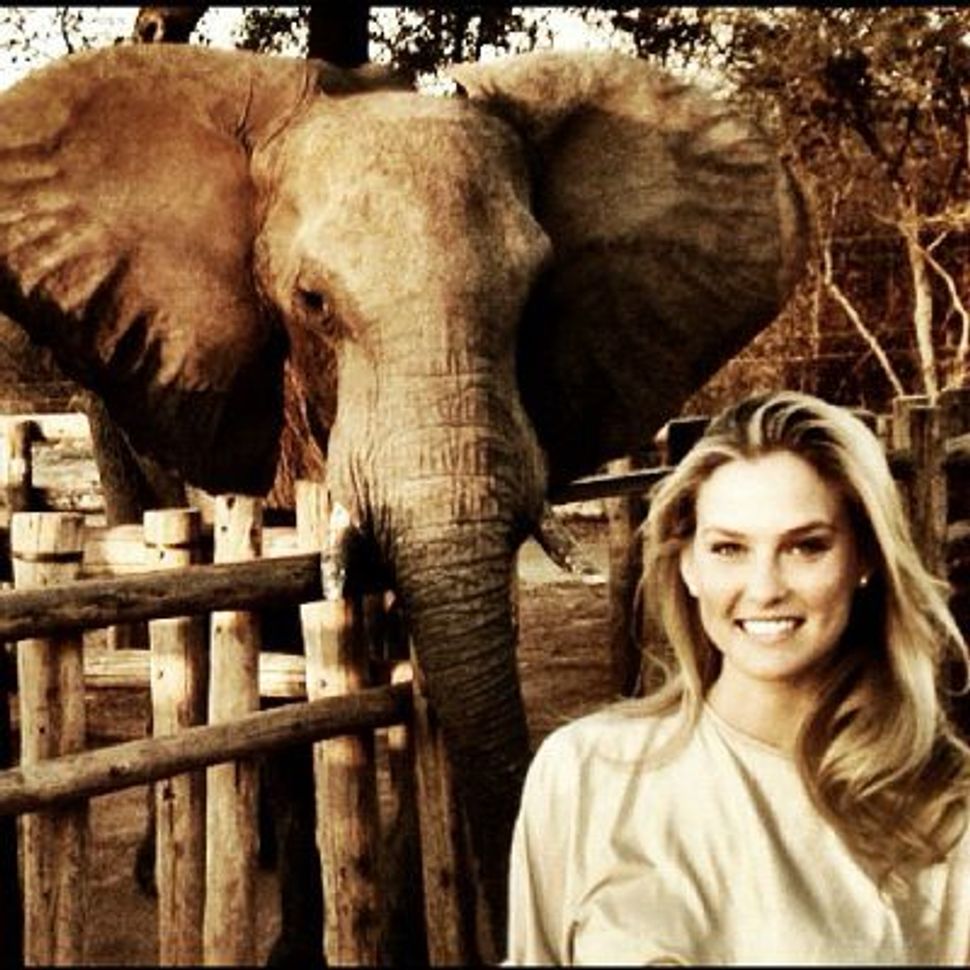 Swimsuit model and “Maxim” hottie Bar Refaeli, like everyone from the Orthodox to Bethenny Frankel, has devoured — and enjoyed — “50 Shades of Grey.” When Kim Kardashian posted a photo of the title book in E.J. James’s trilogy on Twitter, Refaeli fired back her approval: “I’m already in the second one. I think that answers it.”

The trouble with taking a peek at Refaeli’s Twitter feed (even if one is merely soliciting book recommendations) is that once you start reading, it’s tough to look away. (A little like watching a train wreck, the Shmooze admits.) Some other recent @BarRefaeli gems: a self-portrait with elephant; a Father’s Day greeting (she’s apparently touring Africa with dear old dad, hence the pachyderm), and an unfortunate remark about homosexuality in sports.

Tweeting about a Euro 2012 match, Refaeli wrote, “Watching the soccer game. They all look so gay jumping at each other. 🙂 Which makes me think- can u think of ONE that is ?!”

The Shmooze would like to assume Refaeli meant well with that question at the end: Perhaps she simply noted the lack of professional athletes who are openly gay and meant her remark as a call for activism in the sports arena. (This is a generous reading, to be sure.) But that first part reads like homophobia, plain and simple.