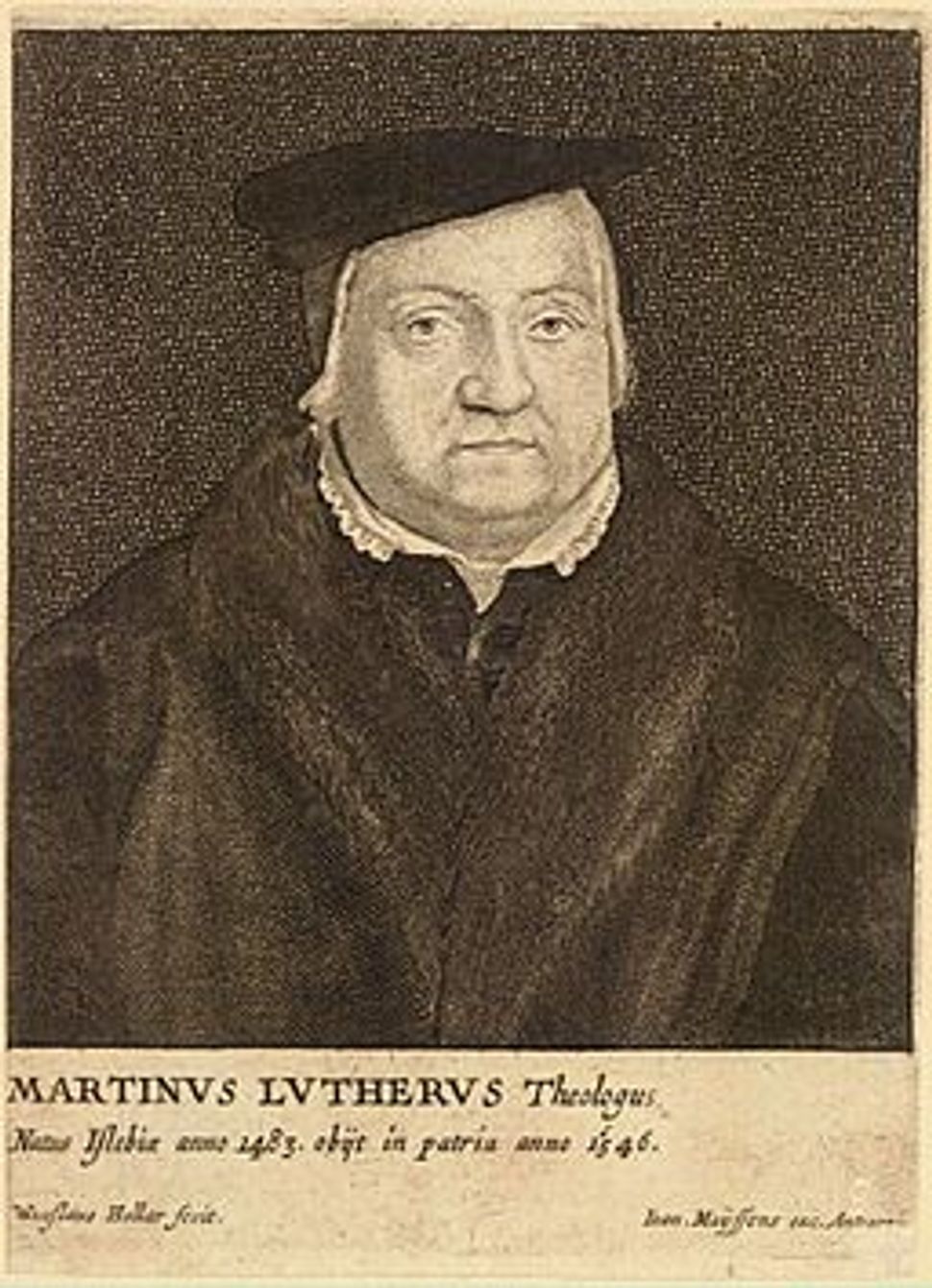 The Austrian Jewish psychiatrist and Holocaust survivor Viktor Frankl (1905-1997), author of “Man’s Search for Meaning”, an inspiring account of his concentration camp experiences, enlightened many generations of students. None more so than a budding Austrian theologian Eric Gritsch, who in 1950 was mentored by Frankl, as the former described in a 2009 memoir.

Now a distinguished historian of Lutheranism, Gritsch published his latest book in January “Martin Luther’s Anti-Semitism: Against His Better Judgment,” citing Frankl’s humanistic search for life’s meaning in the preface to his study. Gritsch implies that failure to seek meaning can be a sin of omission. He notes that, since 1956, The International Congress for Luther Research has studied every possible topic about the 16th century German monk Martin Luther, who launched the Protestant Reformation, except his rapport with Jews.

“Martin Luther’s Anti-Semitism” cites another historian, Stefan Schreiner, to the effect that Luther knew “practically nothing that was authentic” about Jews. Yet Luther published such violent tracts as 1543’s “The Jews and Their Lies,” calling for anti-Semitic repression and labor camps which to a modern reader seem to prefigure Nazi policies. Luther’s biographer Roland Bainton wrote that “one could wish that Luther had died before” this unfortunate tract was written. Only in 1994 did the Church Council of the Evangelical Lutheran Church in America explicitly repudiate Luther’s anti-Semitic ravings, and this delay, Gritsch implies, may have been due to embarrassing confusion about how anti-Semitism was an “integral part of [Luther’s] life and work… [but not] in harmony with the core of his theology.”

In Freudian terms, Luther the man allowed his visceral hatred of the Jews to emerge ferociously from his id, despite the efforts of the superego of his rational mind to suppress it. Some of Luther’s writings are clearly pathological, as when he analyzes the phrase “he put them to disgrace” from Psalm 78 (in his “Lectures on the Psalms”) as referring to Jews being punished for not accepting Jesus. For Luther, the term “disgrace” refers to his own perennial ailment of constipation, so that Jews’ “recta, their innermost bowels, are sticking out through the rear…[meaning] that their will to harm and do evil appears, since they are not able to vomit the feces of evils against [Jesus].”

Even Viktor Frankl might have been unable to cure Luther’s mental and digestive problems, but it is useful to have Gritsch’s sanely candid assessment of his derangement.