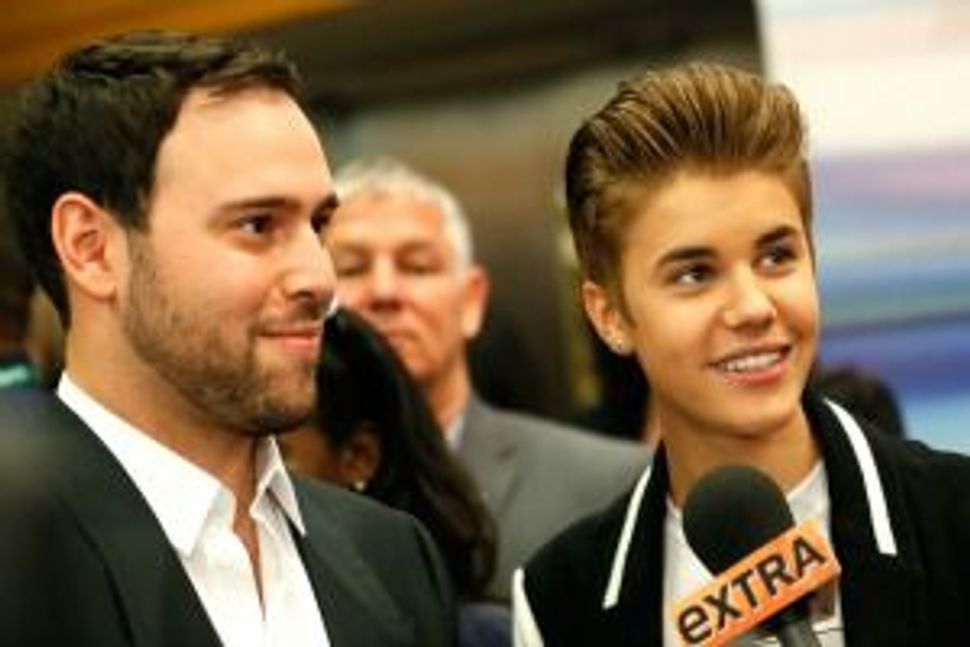 Braun focuses a bit less on his Semitic side in a recent New Yorker article, which offers an in-depth profile of the former Atlanta party promoter who calls himself “a camp counselor for pop stars.”

The 31-year-old entertainment mogul does reveal a childhood infatuation with Superman sparked by the character’s Jewish roots. “I liked everything he stood for,” Braun said, telling the magazine he liked that Superman had been created by two Jewish men, which made him “the Jewish superhero.”

Braun also revealed that he’s studied the careers of “influential behind-the-scenes guys,” like Jewish Hollywood powerhouse David Geffen, who “moved from the William Morris mailroom to the music business and eventually co-founded DreamWorks.”

“David Geffen was a Bruce Wayne to me,” Braun said. “He was extraordinary, but at the same time his talents were something that I could dream of and could fathom.”

When Braun met David Geffen, at a party a couple of years ago, according to the New Yorker, he said Geffen shared advice: “Get out of the music business.” So Braun “has been converting his twelve-person company, SB Projects, into a many-faceted organization.”

The company now boasts film and TV divisions, a publishing arm, and a technology-investment unit, in addition to a music label and management company.