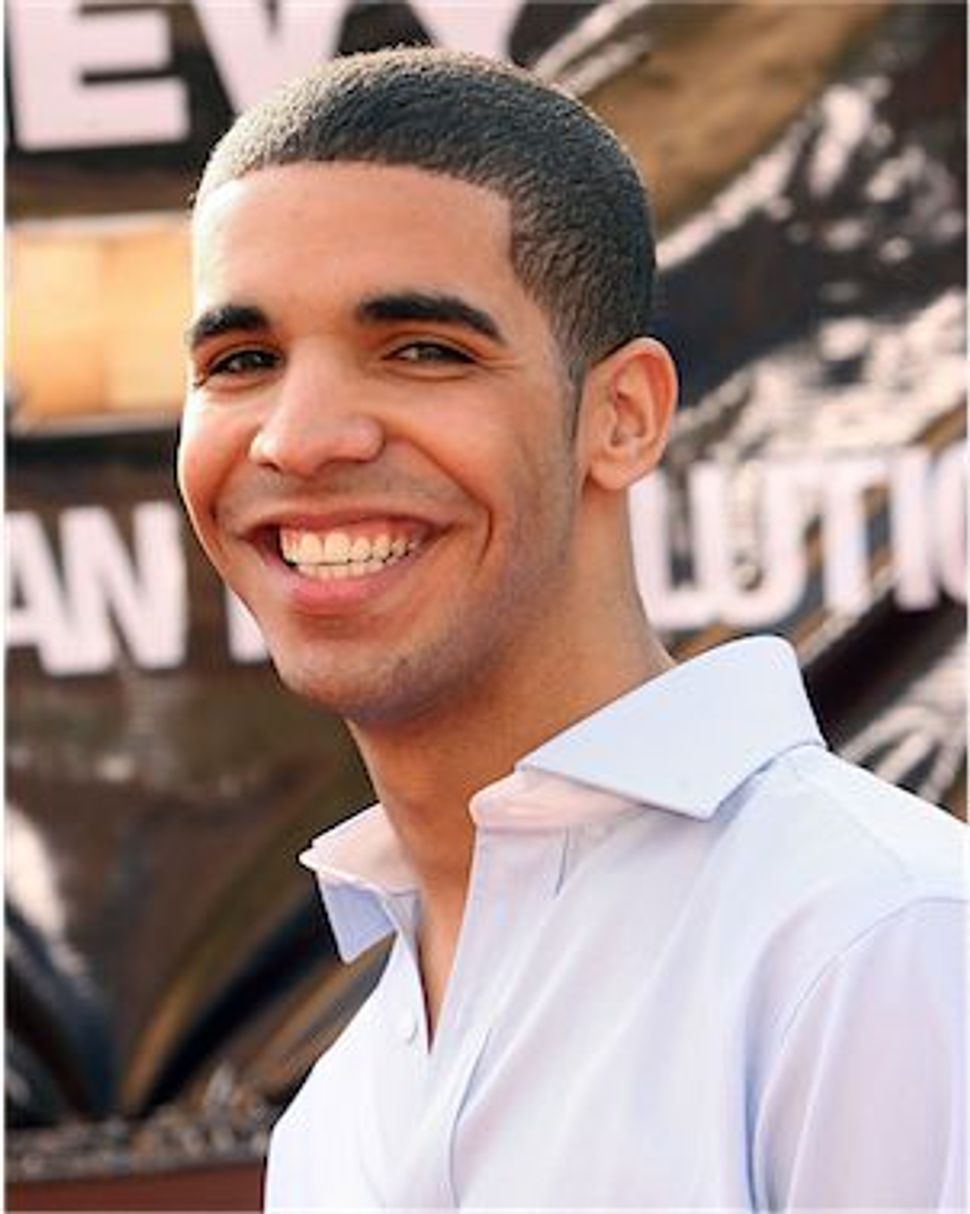 Drake deserves a mazel tov for finally graduating from high school. The 25-year-old singer’s secondary education got sidetracked a decade ago as he started focusing on his music and his acting on the Canadian TV series, “DeGrassi: The Next Generation.” Thanks to a final push and support from his teacher Kim Janzen, whom he thanked publically on Twitter, Drake now has his diploma in hand.

She may be smart enough to land a sweet book deal, but Lena Dunham didn’t look too intelligent tweeting a hugely insensitive joke about a couple of Canadian serial killers. In response to Mindy Kaling’s suggestion that she and Dunham, along with B.J. Novak, dress up as the West Memphis Three for Halloween, Dunham said she thought it would be more fun for Kaling and Novak to masquerade as Paul Bernardo and Karla Homolka (who were convicted of raping and killing a number of teenage girls in the 1990s) and for herself to go as Homolka’s younger sister (who was one of the victims). Dunham apologized for what she thought was a funny tweet, but turned out not to be.

First, we heard that director Ivan Reitman was planning to shoot Ghostbusters 3 next summer. Then, we heard it may not happen…or that if it does happen, it the film won’t really be a sequel. Whatever.

Speaking of upcoming film projects, Elizabeth Banks is set to star in a comedy called “Walk of Shame” about a news anchor who makes her way across L.A. after a drunken one-night stand. And Anton Yelchin has signed on to play an aspiring novelist who falls for the wife of a French diplomat in the romcom “5 to 7.”

In TV news, Britney Spears revealed by Twitter that among her four picks to perform in the live X Factor performances beginning November 1 is Carly Rose Sonenclar, the 13-year old with amazing pipes and stage presence. Also, Andy Samberg will play the lead role in a new cop comedy created by some of the folks who are responsible for “Parks and Recreation.”

If theater is more your thing, then be sure to catch Jake Gyllenhaal in his American stage debut in Nick Payne’s “If There Is I Haven’t Found It Yet” at the off-Broadway Roundabout Theater Company.

The Amazing Spider-Man is surely one to appreciate acrobatics. Andrew Garfield and his main squeeze Emma Stone were spotted enjoying a performance by Cirque du Soleil at Hollywood’s Dolby Theater.

Tori Spelling has praised her hubby Dean McDermott for holding their young family together while she was hospitalized during her last pregnancy for placenta previa and she and their unborn son suffered some close calls.

We recently heard from Barbra Streisand that her 45-year-old son Jason Gould was going to record a song or two with her on her new duet album. Now we can get a preview of their harmonizing in a video made of the two singing together during one of Bab’s recent tour performances.

In case you were wondering whether Chelsea Handler might be Jennifer Aniston’s maid of honor at her upcoming wedding to Justin Theroux, you should know that she won’t. Handler says she and Aniston are good friends, but that it “would be really weird” if the bride-to-be gave her the honor, instead of to someone with whom she is even closer.

Have you always wanted to sit next to Bob Saget at Shabbat dinner? Well, here’s your chance. The comedian is auctioning himself off to the highest bidders for a November 9 fundraiser for the Jewish Federation of Greater Los Angeles.

Polish architect Jakub Szczesny explains to the Wall Street Journal how he is managing to squeeze an unbelievably small house for Israeli writer Etgar Keret in a narrow gap between two buildings in what was once the Warsaw ghetto.

Israeli judo champ Arik Zeevi believes that competing in four Olympic games is enough. He is announcing his retirement, at age 35, from the sport — at least professionally speaking.