Author Blog: For the Sake of Unification 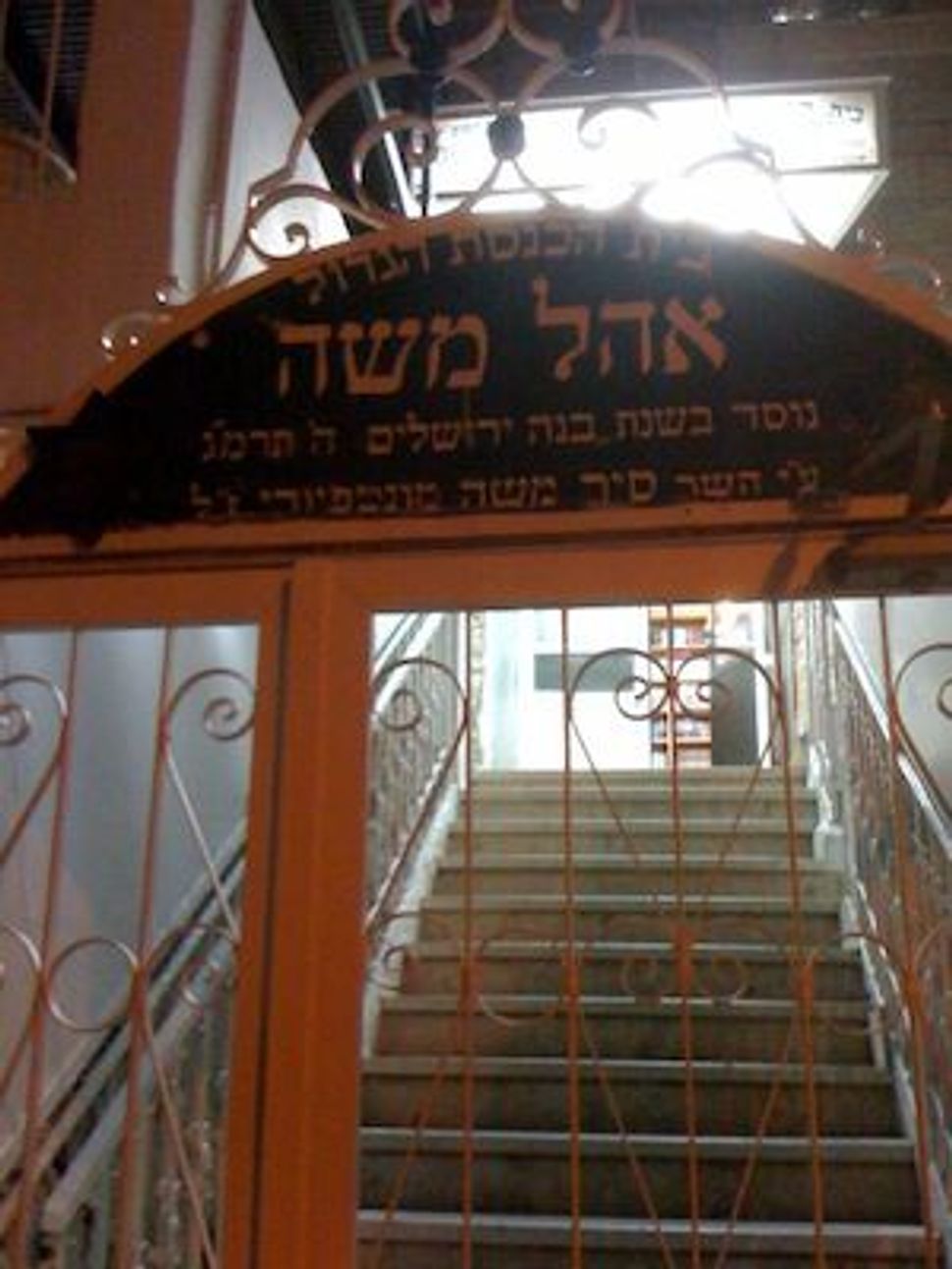 Earlier this week, Lisa Alcalay Klug wrote about a surprising discovery in Nachlaot and about how her work is informed by her father’s experiences during the Holocaust. Her blog posts are featured on The Arty Semite courtesy of the Jewish Book Council and My Jewish Learning’s Author Blog Series. For more information on the series, please visit: 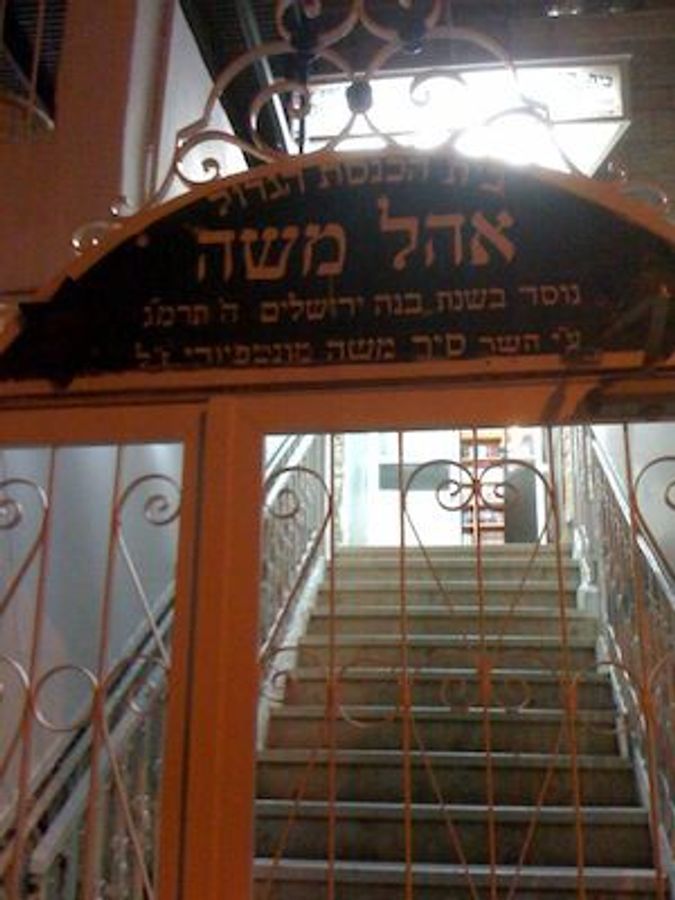 Soon after learning my late grandmother’s family lived in Nachlaot, I accepted an invitation for Shabbat dinner from sweet friends, Mottle and Batya Wolfe. Spending Shabbat in Nachlaot definitely felt like the most fitting way to honor my newly discovered roots. When I shared how much I wanted to spend more time where my grandmother grew up, the Wolfes seemed to read my mind and invited me to their Seder. I was so touched by their invitation, but Passover was four months away. I was still touring for “Cool Jew” in what was fast becoming the Energizer Bunny of book tours. It just kept going and going… Could I really return so soon?

At my next stop, Limmud UK, the answer effortlessly appeared. Several participants suggested I present at Limmud Berlin and Limmud Amsterdam, both slated for May. I could fly early to Europe, add on a trip to Israel for Passover and return in time for both conferences. I would barely be home between now and then but I was used to that (!) and Passover in Nachlaot was clearly where I was meant to be… It just kept getting validated. Was it the luck of Cool Jew, my grandmother’s orchestrations on high or something else at work?

The time flew by. Finally, I landed at Mottle and Batya’s seder. They urged me to share my story again with their guests. I had long known my grandmother was born in Israel but I didn’t know she grew up in Nachlaot, near Ohel Moshe Street, where it meets Rehov Aryeh Levin, named for the great tzaddik of Jerusalem. The story kept growing…

In two weeks, it would be the 28th of Nissan, designated by the Hebrew letters kaf-chet, which form the word koach/strength. The day is the anniversary of my father’s liberation day from Buchenwald, the yahrzeit of my grandmother whose portrait I found displayed in Nachlaot and my Hebrew birthday. I planned to sponsor a Shabbat kiddush in memory of my grandmother, in honor of my father and as act of gratitude on my birthday. I had no idea where, but the less I planned, it seemed, the more the Universe provided.

One afternoon during Passover, I went to Gan Sacher to meet friends. When they called to cancel, I realized I was so close to Nachlaot, I thought I’d “visit” my family’s portrait in the same ways others visit graves. I navigated Nachlaot’s twists and turns, delighted when I found it. I stayed for a few moments, marveling, again, over the discovery, realizing she and my great-grandparents and many other relatives had stood here, too, long before images were ever embedded in these stone walls. As I was leaving, I was stunned to find the gate of an adjacent synagogue slightly open. Without hesitation, I wandered through the gate and climbed the stairs, then stood silent on a landing. Through a glass door, I could see a group of men engaged in study. One stood up, approached the door and gave up a thumbs up, motioning me upstairs. I nodded. I wanted to see what I could find out about the portraits, but if mincha, the afternoon prayers, were part of the plan, “Okay,” I thought, “I’ll roll with it.”

We climbed a narrow set of stairs outdoors to a heavy door he unlocked. I continued alone, up another narrow set of stairs indoors to the ezrat nashim. The women’s balcony offered a spectacular view of an elaborate Sefardi sanctuary. The magnificent ceiling was painted blue with gold stars. It was so close I could practically touch it. The imaginary sky met graceful renderings of the twelve tribes. Oriental rugs surrounded a raised bima and variations on an elaborate parochet, an embroidered velvet curtain, covered several spots along the walls. My favorite decoration of all was the large red neon crown adorned with the four letters of the tetragrammaton. I laughed. It was Imperial margarine meets Cool Jew.

Within a few minutes, prayers began in the Mizrachi nusach; eventually two women and young girl joined me. Through the window behind us, the sun set over Jerusalem. Finally, after maariv, I retraced my path downstairs and cautiously waited until someone motioned me through the glass doors. I asked in Hebrew for the rabbi. His name was Rav Moshe and he was delighted to hear I was related to those “embedded in the walls.” When I explained I wanted to commemorate my grandmother’s yahrzeit on an upcoming Shabbat, he corrected me with the correct Sefardi terminology. He invited me sponsor the azkara on the appropriate weekday. This charming shul, the Great Synagogue of Ohel Moshe, was the only house of worship with a section for woman during my grandmother’s childhood. So this, he said, was it: her shul. I was so moved and so surprised. Like a new stanza of “Dayenu,” I wouldn’t have been there if my friends hadn’t canceled, or if I hadn’t arrived in time for services, or returned for Passover, or gone to Limmud, or found the portrait on display, or opened David’s email, or met him at Jewlicious, or written Cool Jew…

Days later, in nearby Mahane Yehuda, I shopped for traditional items served at an hazkara. Mezonot/grains (crackers and cookies), pri haetz/fruit of the tree (dates), pri haadama/fruit of the ground (peanuts) and sh’hakol, which loosely translates as “everything”not covered by another blessing (drinks). That day, Rav Yitzchak, who searched with me for the image of the unknown Alcalays and many other dear friends showed up.

We davened mincha and maariv and read chapters of the Zohar to elevate the soul of my grandmother, Yehudit bat Yitzchak. Afterwards, the shul regulars and my friends, said blessings over the refreshments and we drank l’chaim to my grandmother’s memory, my father’s long life, everyone present and my birthday. I retold, once again, the story of discovering my grandmother’s roots in the neighborhood and the unusual unification of my Sefardi grandmother, my Ashkenazi father and my own entry into this world.

I felt then, as now, grateful for the Providence of marking that moment in Jerusalem, for our connections to each other and Above, and by the abundance of personal validation, hasgacha pratit, that continues to unfold… It’s there. Always. Sometimes, it is so openly revealed. And sometimes, we see it only when we remember to look.

Lisa Alcalay Klug is an award-winning journalist, author, speaker and media coach. She is currently at work on a memoir. This post is one in series in a blog tour celebrating the release of her new book, Hot Mamalah: The Ultimate Guide for Every Woman of the Tribe. Learn more about the blog tour at https://www.facebook.com/events/505196389498488/. Join her Smokin’ Hot Mamalah Book Launch Giveaway valued at $300 at www.ModernTribe.com/mamalah.

Author Blog: For the Sake of Unification