Hasidic Heir Who Rides a Harley 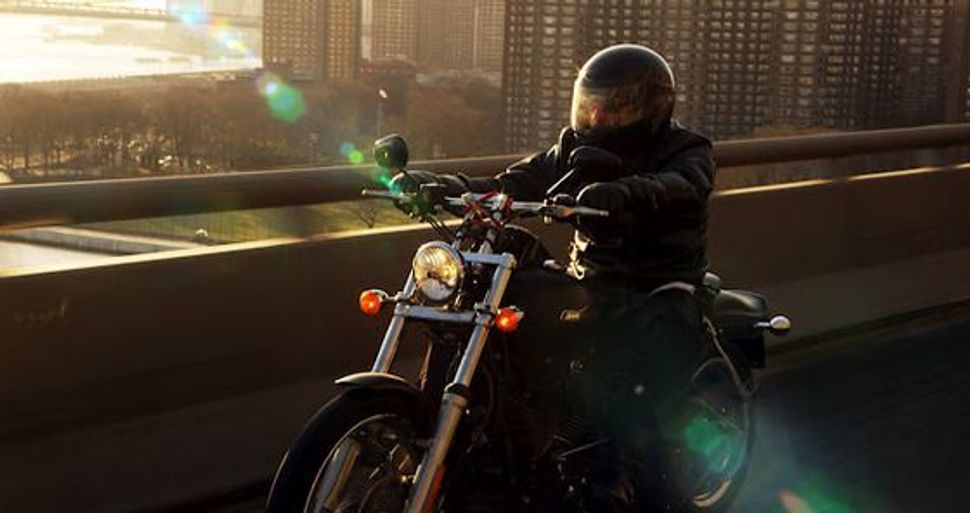 Audiences at the 2012 Starz Denver Film Festival earlier this month likely found it uncomfortable to sit through the 29 minutes of Pearl Gluck’s’s short film, “Where Is Joel Baum.” That, however, is a good thing, because the film tells the kind of story that introduces you to a disturbing, yet riveting, title character, and leaves you wanting to know what happens to him next. That is precisely the intention of the filmmaker, who intends to turn this short into a full-length feature. 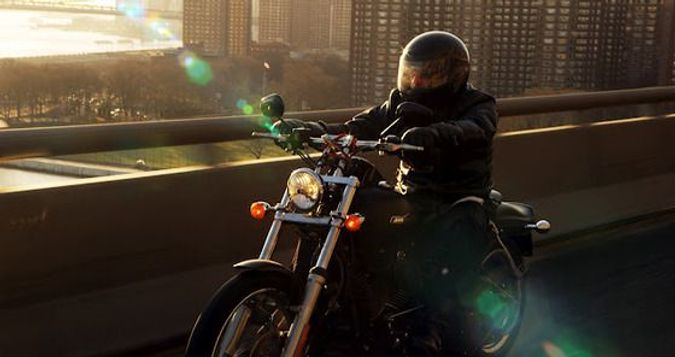 Joel Baum is the heir to a Hasidic dynasty in Brooklyn. Now an adult, he has been living since childhood with his grandmother and grandfather, the Grand Rabbi, following the death of his parents and siblings in a car accident. Joel, with his peyes and tzizis looks the part of a Hasid, and he seems to appreciate his heritage and the religious way of life. But at the same time, his obsessions with riding his Harley Davidson motorcycle, and with listening to raunchy Lenny Bruce recordings, clearly hint at the fact that Joel is not your usual bearded, kapote-wearing, young Jew.

Joel is beyond eccentric. He is mentally and emotionally unstable, and this instability appears to reach a painful crescendo during an arranged date with a young Hasidic woman from Montreal. However, we soon learn that this is only a prelude to the tragic climax of the film, which takes place during a heated, sexually charged exchange between Joel and Anya, an attractive Polish cleaning woman hired by the grandmother to clean the house before Shabbat.

Gluck first made her mark as a filmmaker with her 2003 documentary, “Divan” about her travels from her native Hasidic community in Brooklyn to Hungary to reclaim a family heirloom: a couch slept on by great rabbis. “Where Is Joel Baum” marks her first foray into fictional filmmaking.

A graduate of CCNY’s MFA program, and a professor of filmmaking at Ohio University in Athens, Ohio, Gluck says she always urges her students to keep their storytelling tight. “I tell them to think of their films as short stories,” she said in a recent phone interview with The Arty Semite. Gluck decided to take her own advice and consequently sharpened the focus of “Where Is Joel Baum.” Originally, she had wanted to include a story line about Hasidic community dynamics (particularly about the Shomrim, the Hasidic vigilante patrol) but ended up opting to wait for a full-length feature to include that.

Instead, the film focuses tightly on the three main characters: Joel, the grandmother and the cleaning woman. Ultimately, the grandmother has to see her grandson for who he is, “after having for so long looked away physically and metaphorically,” as Gluck put it.

The excellent cast Gluck assembled helped her sharpen the focus and heighten the drama. “I learned a lot from them, and they had a large hand in shaping their characters,” the director said of Luzer Twersky (himself a former Satmar Hasid) who played Joel; veteran film, TV and stage actress Lynn Cohen who played the grandmother, and Danusia Trevino (herself once a cleaning woman in Hasidic homes).

“There are a lot of stories I want to tell in and outside of the Hasidic and Jewish world, both as dramatic features and as documentaries,” Gluck said. We look forward to seeing those, and with her already working on the script for the feature version of this new short film, we can anticipate meeting the fascinating Joel Baum again.

Watch a teaser for ‘Where is Joel Baum?’

Hasidic Heir Who Rides a Harley