Author Blog: The Back Story 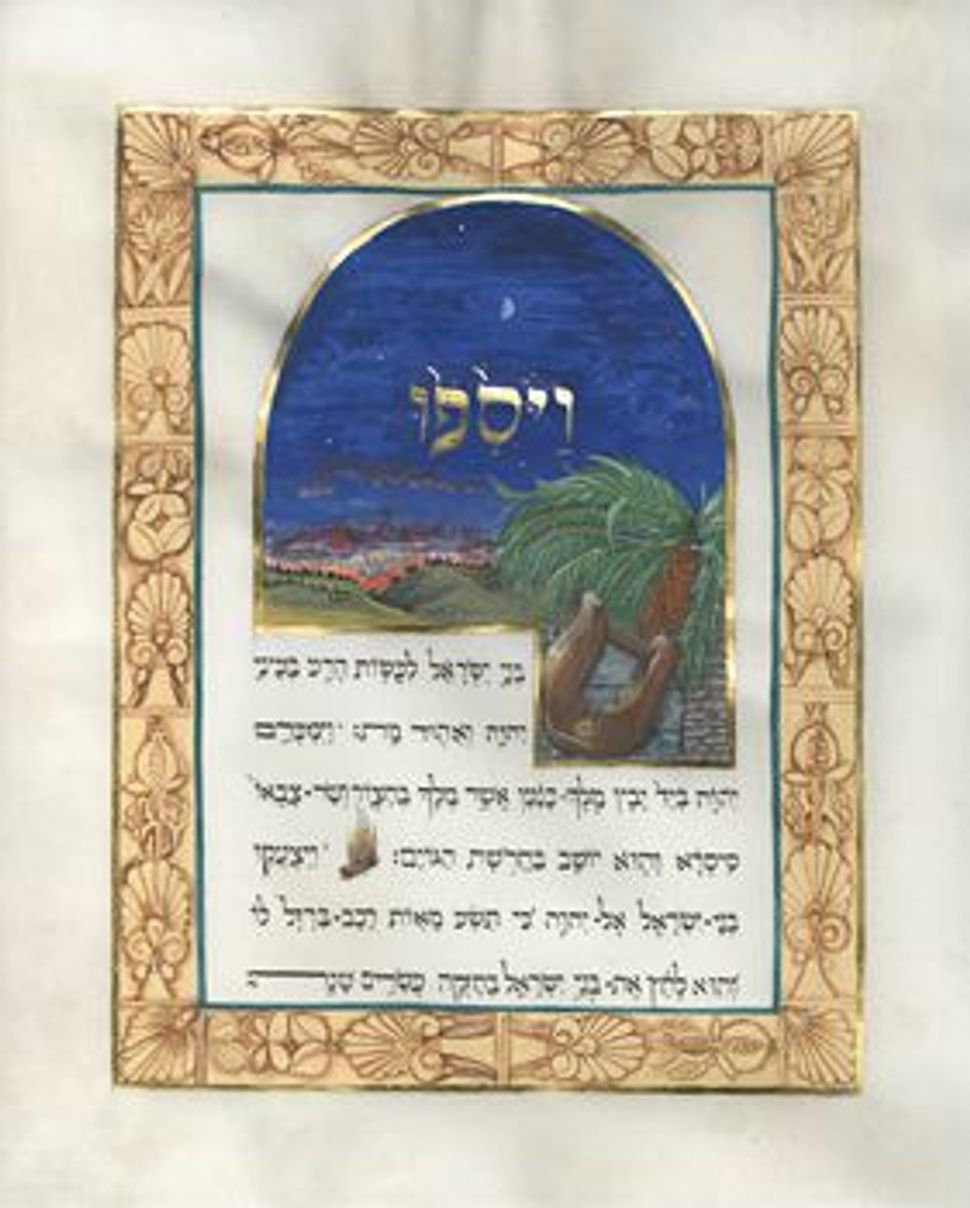 Debra Band’s most recent book, “Arise! Arise! Deborah, Ruth and Hannah” is now available. Her work in Hebrew illuminated manuscripts draws upon her love of both the manuscript arts, and Jewish tradition and learning. Her blog posts are featured on The Arty Semite courtesy of the Jewish Book Council and My Jewish Learning’s Author Blog Series. For more information on the series, please visit: 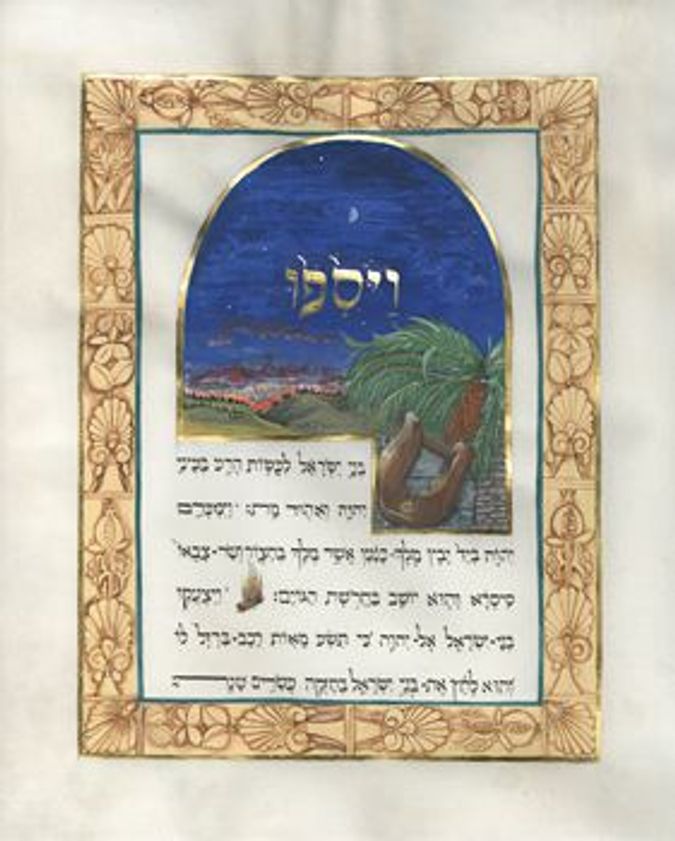 I’ve adored illuminated manuscripts all my life — as a child and teenager, these were the postcards I’d take home from museum trips. I’ve done hundreds of ketubot and this is my third book project published in 7 years, and as absorbing as each of these projects has been, “Arise! Arise!” has the deepest claim on me.

“Arise! Arise!” is a memorial to my late husband, David, who passed away in March 2009 after a long struggle with a unique spinal cord cancer. A couple of afternoons before he died, my father-in-law, Arnold Band, a renowned scholar of Hebrew literature, and I were sitting and talking quietly beside David’s bed in our family room, which had now morphed into a home hospice. “So, you know what your next project is going to be?” he asked. I rolled my eyes and said something like, “I know you’re going to tell me.” He knew perfectly well that I’d been working on Esther insofar as the illness allowed. “Yes,” he said, “your next project is going to be Shirat Devorah and do you know why? Because you are the Devorah.” The real reason, however, the one that neither of us could yet bring ourselves to say, was that this would be a memorial to the son and husband we were about to lose.

Why “Shirat Devorah*? This two-part tale from Judges — a prose narrative and the much older epic poem, one of the oldest chunks of the Tanakh — had been David’s bar mitzvah haftarah, and he really loved its blood and guts war story. Indeed, the previous night I’d asked our younger son, Gabi, to chant the haftarah for his Abba so that he could hear it one more time. So, Deborah intrigued me, but two aspects of the project presented a puzzle. Solving those puzzles, however, gave me something from “my own life” to focus on, a sense of future against the backdrop of the bitter absurdity and disaster of my husband’s loss.

The first puzzle was what to do with so brief a story. Since Deborah’s story was far too small to publish on its own, I quickly decided to accompany it with Megillat Ruth, a favorite of David’s, and probably next up for me anyway. The pairing of one large story with one small story felt unbalanced, however, so soon the notion of including the Hannah story, another self-contained woman’s narrative and song, occurred to me. The interplay of the three stories instantly felt right. While I later found a deeper interaction among the stories, I could see immediately that they fit together neatly; all three happen in handful of decades, perhaps a century, prior to the foundation of the Israelite monarchy, both happened within the central part of the Land of Israel, each presents a formative moment in the establishment of the Israelite polity and together, they represent the totality of genuine women’s stories within Tanakh. Esther, I’d already realized, is far less a woman-centered tale than a satire of palace intrigue.

The second puzzle was how on earth to approach these tales. As narratives with complicated interpretive histories, the Deborah, Ruth and Hannah stories posed very different problems than the poetic works I’d treated before. How would I find a key to open their worlds? One sleepless night a few weeks later, I finally pulled a new, 50th anniversary edition of Eric Auerbach’s classic exploration of narrative style, Mimesis, into bed to read. I’d intended to read “Mimesis” since college — fully 30 years earlier. I opened the introduction, learned how Auerbach had summoned the concentration to write this magnificent study in Istanbul, in the midst of fleeing the Nazis, and I was hooked… and by dawn knew that the key to interpreting the tales would be a focus upon the characters’ emotions. I had always approached my painting as a kind of method acting — I needed to “be” what I painted in order to capture its image, so the focus on the characters’ emotions opened the door into my interpretation of their tales. Deborah had been most remote from my experience; it was David rather than I who had been fascinated by military history, but now I saw that imbuing my painting and writing with her determination and guts could lead me to understand the story, even approach the rabbinic exegesis judiciously.

So soon after my husband’s death, all sore, shredded edges and exhaustion, I found myself relating to Ruth’s and Naomi’s experience in a new way, and when you read my essay introducing Hannah you will find how acquaintances’ lives offered me a means to relate to her pathos and triumph. The emotions rising from the tales inspire the traditional rabbinic explorations of the stories, the midrash that reveals their deeper Jewish moral and ethical messages…and which lend depth to my visual interpretations, my own visual midrash. More about that soon.

Author Blog: The Back Story