Between the Lines and Under the Paint 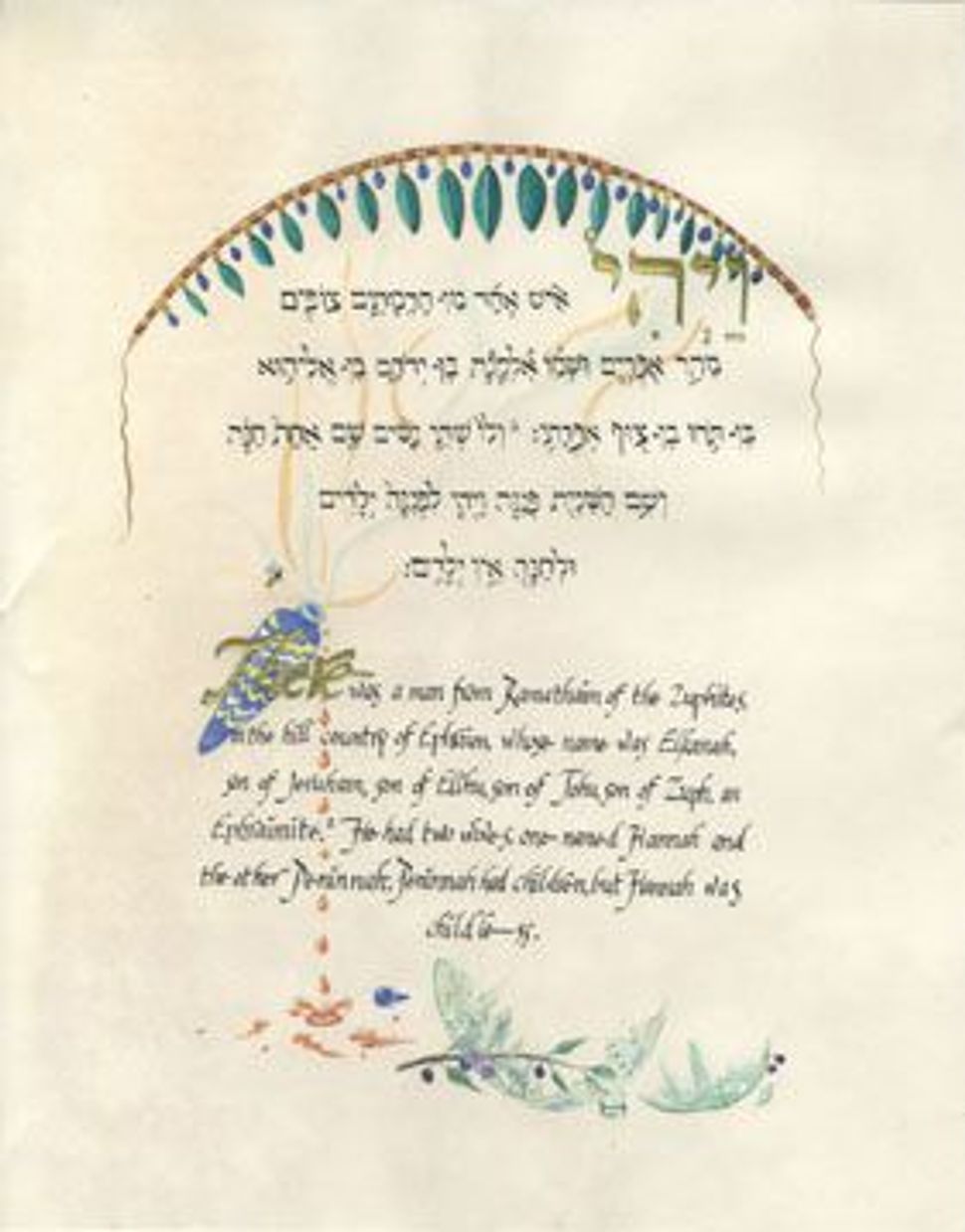 Earlier this week, Debra Band shared the back story behind “Arise! Arise!” Her blog posts are featured on The Arty Semite courtesy of the Jewish Book Council and My Jewish Learning’s Author Blog Series. For more information on the series, please visit: 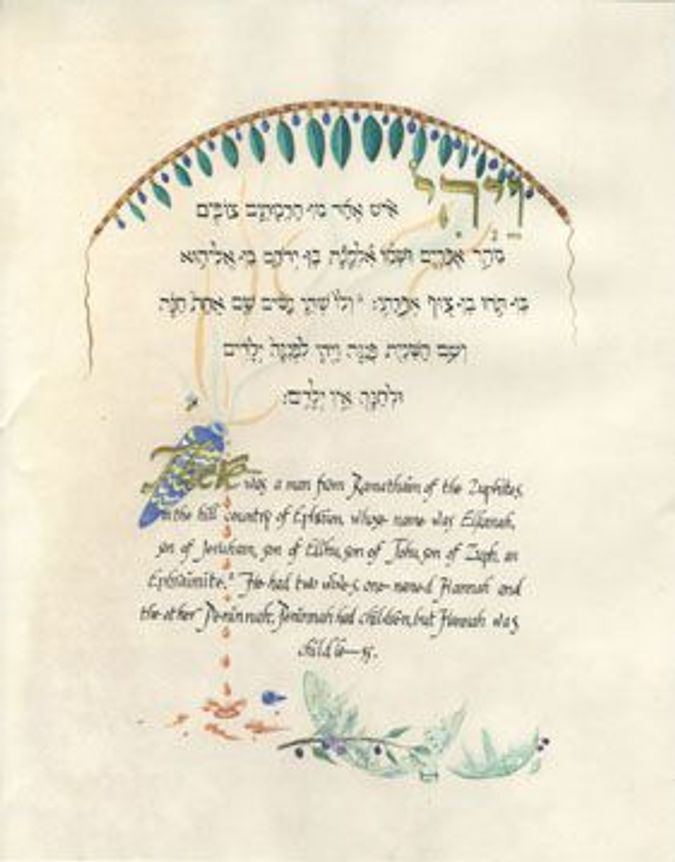 These tales of Deborah, Ruth and Hannah are wonderful stories, full of vivid characters and human drama — a pleasure for all of us to read them and for me to make (and share with you) pictures expressing them. But these are more than great stories; they embody our national mores, and those mores are why they were included in our great record of our folk history, beliefs and laws, the Hebrew Bible. The challenge of expressing these mores is my motivation in composing the pictures. So, how do I go about expressing these ideas in my art?

Throughout our history, we have sought to find the roots of our values, laws and lifestyle in our biblical texts, the stories of the creation and growth of the nation of Israel. Centuries of rabbinic efforts at deriving rationales for Jewish life and law from Biblical text resulted in the bodies of law called the Mishnah (by about 220 CE) and the Babylonian and Jerusalem Talmuds (about 500 CE). But all this analytic energy resulted in kinds of thought and writings other than straight legal codes alone. Interspersed among the legal writing, the halakhah, the Talmud includes aggadah, storytelling expansions upon biblical text or other related tales meant to elucidate points of law and other related Jewish customs and values. These story-telling portions of the Talmud, which by the 11th century were compiled in collections of such aggadah, along with a host of other kinds rabbinic legends developed over centuries before and ever since, comprise the vast body of midrash. Much of the midrashic literature was either designed for, or eventually used to inspire homiletics (synagogue sermons), and so midrash became the source for many of our best-loved folktales.

Now, as I said above, one of the really wonderful challenges in my visual interpretations of biblical texts (or couples’ relationships in ketubot, for that matter) is to dig out and express the larger complexes of values that we have derived from, or read into these stories. As you can guess, the midrash provides a splendid source of ideas and images (the latter often utilizing archaeology of the era I’m working with) to express these constellations of ideas.

“Arise! Arise!” draws upon many different kinds of midrash to express the religious moral and legal, and national values embedded in these very human stories. But I like my paintings to make some kind of narrative sense, not just assemblages of disembodied, out-of-context “symbols.” In my own method of composing scenes that both make sense and express higher ideas, my teachers have been the masters of late medieval Flemish painting — I explain this in my introduction to the book. Now, since I’m drawing upon sources that are often unfamiliar to the generally educated reader and I want you to be able to understand the paintings, I include commentary for each painting. I’ll talk more about the complex of values expressed in Arise! Arise! in my next post. And so, my work is often described as “visual midrash.”

Let’s look at just a few elements of the visual midrash in the first painting of the Hannah story. Samuel I begins with this story of a beautiful, graceful woman who is deeply loved by her husband, but who feels humiliated and depressed by her inability to give birth; the baby who answers her prayers grows up to be the prophet, Samuel. Here you see Hannah locked in a bubble of her own acidic depression, unable to perceive her husband’s loving attention, unable to participate in the flourishing household filled with the presence of her husband’s second wife’s children. Throughout Arise! Arise! I employ the kabbalistic idea of the primordial vessel, here shown as the clay storage jars that were plastic bags of the era, to act as something of a barometer for the community’s sense of well-being. Outside of Hannah’s green bubble, the upright, brimming jars symbolize the wholeness and health of her husband’s second wife’s family; piercing her depression, broken clay potsherds express her pain. You’ll see two olive trees in the illumination here. Now, midrash has Peninnah, the junior wife, comparing herself and her children to a full, leafy, fruit-filled olive tree, Hannah to a dry, leafless, fruitless one, while midrash on Psalm 128 compares children to the shoots that spring from an olive trees roots; I use both of these midrashim to express Hannah’s situation. The eagle feathers surrounding the painting draw upon midrash from Exodus that compares God to the eagle, the perfect parent of the avian kingdom, to remind us divine providence will come to Hannah’s aid. The commentary materials in the book lay out the symbolism within this, and every other painting in the book.

Next, we’ll talk about the values embodied in these stories, which have shaped the Jewish national character ever after.

Between the Lines and Under the Paint