Author Blog: The Values We Live By 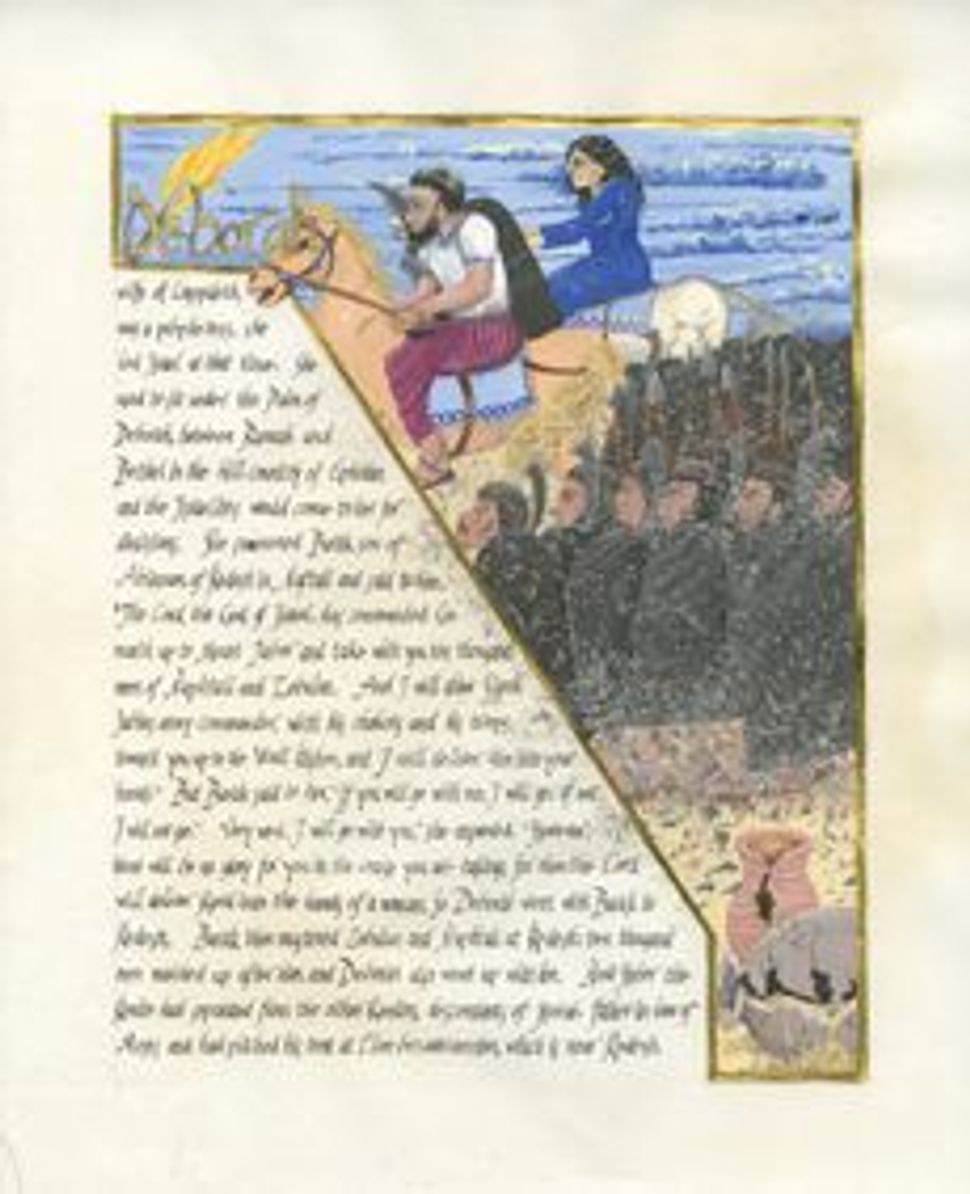 Earlier, Debra Band discussed how she visually expresses biblical stories and shared the back story behind “Arise! Arise!” Her blog posts are featured on The Arty Semite courtesy of the Jewish Book Council and My Jewish Learning’s Author Blog Series. For more information on the series, please visit: 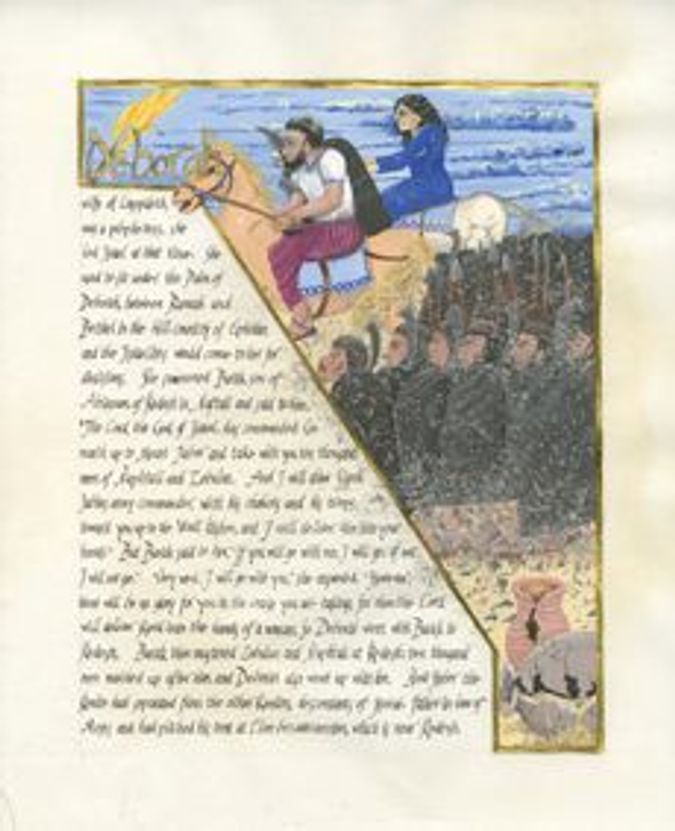 One of the remarkable things that I discovered early in the project was how these three stories, set in the earliest decades of the Israelite tribes’ appearance in the Land, together model the very set of values that would become central ideals for the Israelite kingdom, and indeed, forever after, in the lives of all women and men who derive inspiration from Tanakh.

Equally remarkable, in each of these stories set in what we commonly perceive as a thoroughly patriarchal era, it is the women rather than the men who lead in modeling these qualities. Deborah was, so far as we read, the first to unite the tribes (or at least many of them) to repel a common enemy since the settlement of the land under Joshua — she is the first leader to instill a sense of national purpose. Her efforts are characterized by her overall good judgment, her courage (in which she is joined by Jael), strategic shrewdness and faith in prophecy.

The third and fourth illuminations of the Deborah story present her listening carefully to the Israelites’ pleas for relief from Canaanite depredations, and her courageous leadership of the Israelite troops into battle, along with Barak. The overwhelming quality that suffuses Ruth’s idyll is of course, chesed, loving-kindness, in which her and Naomi’s care for one another inspires Boaz’s own decisive care for them. After the initial misdeeds of her father-in-law — typical of the disorganized period of the Judges — all three major actors and even the unheard, but fully involved Bethlehemites, do the right thing at the right time to guarantee their collective security and happiness as individuals, as a family, and (unbeknownst to them) as progenitors of the monarchy. In my sixth illumination of Ruth, which we looked at in an earlier post, Ruth expresses her loyalty and love for Naomi, which the rabbis interpreted not simply as human affection, but as an expression of Israel’s devotion to God.

In the tenth illumination of Ruth, imagery associated with divine providence, kindness, and Ruth’s own distinctive elegant comportment populate this scene of Boaz inquiring after her identity. Hannah’s faith in God’s providence leads her to invent Israelite prayer – depicted in Illumination 6 of that story, while her commitment to give her first child to divine service models fidelity to God in the face of self-sacrifice, and her annual gifts of clothing to this son she has given to the priesthood set, as you will see, a powerful example of devoted parenting and handing on wise values.

So, as you will see in the illuminations and literary analyses in “Arise! Arise!,” national leadership and courage, faith, loving-kindness, prayer and wise parenting, all modeled primarily by women in this formative period of the nation, become the guiding values, the moral foundation of the Israelite nation. Join me for this remarkable journey into the lives, hearts, and heritage of these extraordinarily, foundational women of Israel!

Author Blog: The Values We Live By