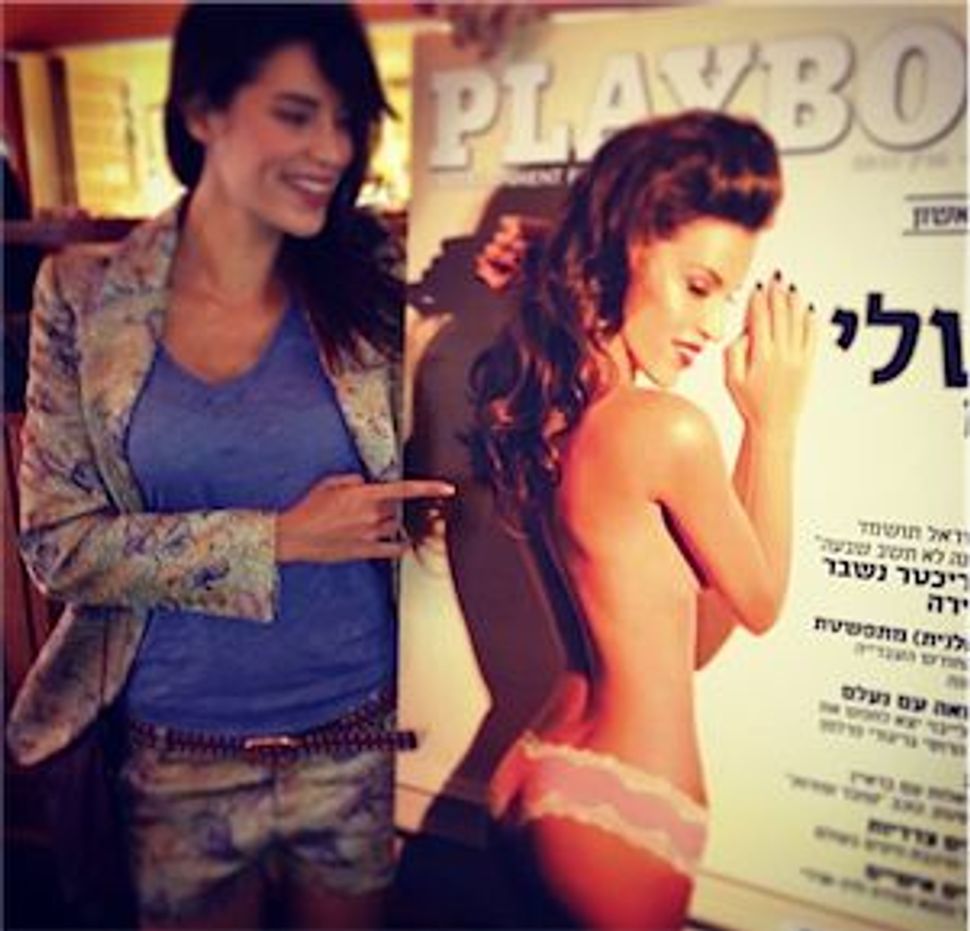 Images of Israel usually conjure up holy monuments, the Mediterranean Sea and a land steeped in political turmoil. Now you can add Playboy bunnies to that list. 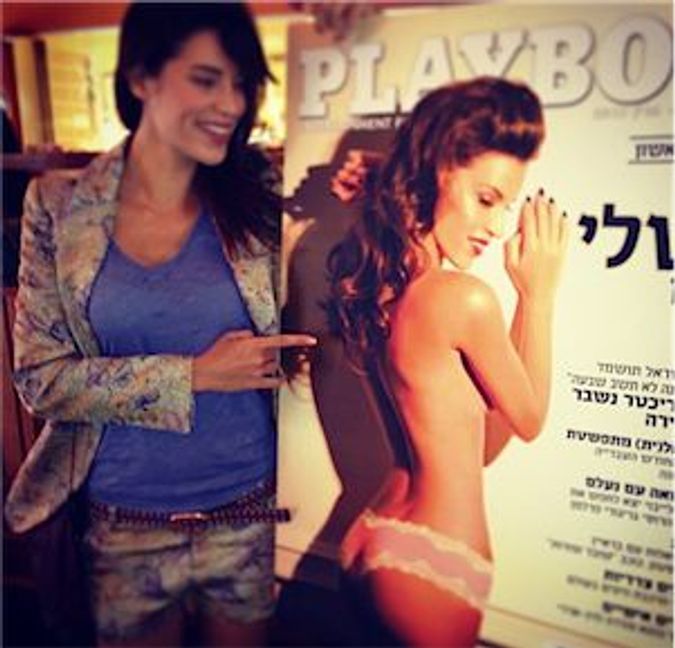 Playboy Magazine, which is printed in over 30 countries, recently added the Holy Land to its list. On newsstands March 6, and printed only in Hebrew, the magazine features images of beautiful women alongside articles and commentary, specifically selected for an Israeli audience.

Founder Daniel Pomerantz, a Chicago-born business attorney who immigrated to Israel last year, says that he believes Playboy will be a welcome addition to the country. “Israelis love to sit around the dinner table and debate social issues. It’s an integral part of life and is an integral part of Playboy,” Pomerantz said. The first issue features Israeli model Natalie Dadon and an interview with minister Avi Dichter.

The Arty Semite caught up with Pomerantz at the Brown Hotel in Tel Aviv. Decorated with retro-looking brown leather couches and a Motown-era color scheme, the Brown sports a larger-than-life Playboy cover poster from 1970 that reads, “The Girls of Israel.” Pomerantz came dressed in Israeli casual — jeans and a button-down — to talk about his admiration for Herzl, meeting Hugh Hefner, and how to say “bunny” in Hebrew.

Abra Cohen: How did you get the idea to launch Playboy in Israel?

Daniel Pomerantz: As a lawyer in Chicago, and a chairperson at the Illinois Bar Association, I knew a lot of lawyers in the entertainment industry, including Playboy. After coming to Israel for a legal conference, I noticed the country was modern, fashionable, open and had a rich culture. I also noticed that while there were other Playboy products, there was no Playboy Magazine. I was put in touch with the international division and I opened the conversation and they put the idea to me. We started making plans and putting together business models.

How do you think Playboy will impact Israel’s image?

A lot of the reaction I get is, “It’s about time.” Israel is a country that grew from a dream and an idea and into a place that’s a real home. It’s no longer just a refuge for people escaping from somewhere else; instead, it’s a place where people live life. Playboy is part of a rich and varied culture. Externally, Playboy is one of the ways that the world can relate to Israel and realize the people in Israel are just like us.

You took your staff to the Playboy Mansion in California and met Playboy founder Hugh Hefner. What was his reaction?

Hef was very excited that there’s a Playboy in Israel and for the magazine to be launching in Israel. I explained to Hef and to the staff that there’s a word for Playboy bunny that doesn’t exist in any other country in the world as far as I know. Even in English you have to indicate it’s a Playboy bunny, but in Hebrew there’s a specific word — shfanfana. This demonstrates that the deep culture connection between Playboy and Israel even impacts the language itself.

Out of all magazines, why made you pick Playboy?

It’s one of those things in life that just kind of happened. When I met the people from Playboy, they were wonderful: smart, dedicated and passionate. I responded to feeling. To me, there’s always been something very magical about the brand: It’s one of the few brands where you don’t need a word. Playboy is sexy, but not sex, and there is a difference.

Who is your male icon?

I very much admire Theodor Herzl. He saw something most people didn’t see. He worked at it, never took no for an answer and through sheer passion, found success on a scale most people didn’t even think was possible. When I see that particular quality in someone, I find it specifically inspiring.

You may have some Playboy Israel critics. What do you want people to know about this launch?

I want people to understand this is a serious project and it has a deep social and cultural connection. Doing this project makes me feel a part of the cultural life of Israel and it makes me feel like I’m helping Israel connect with the world.