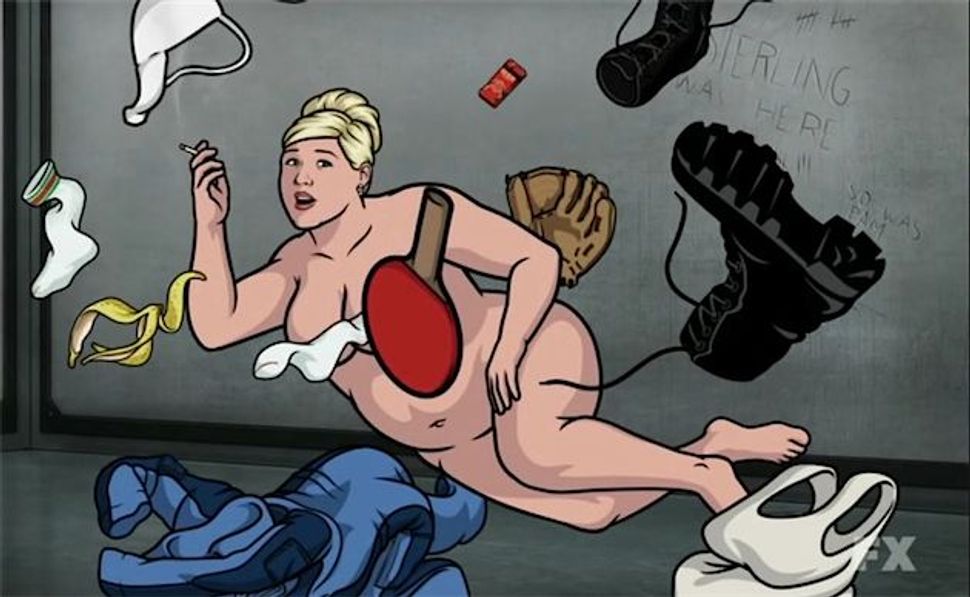 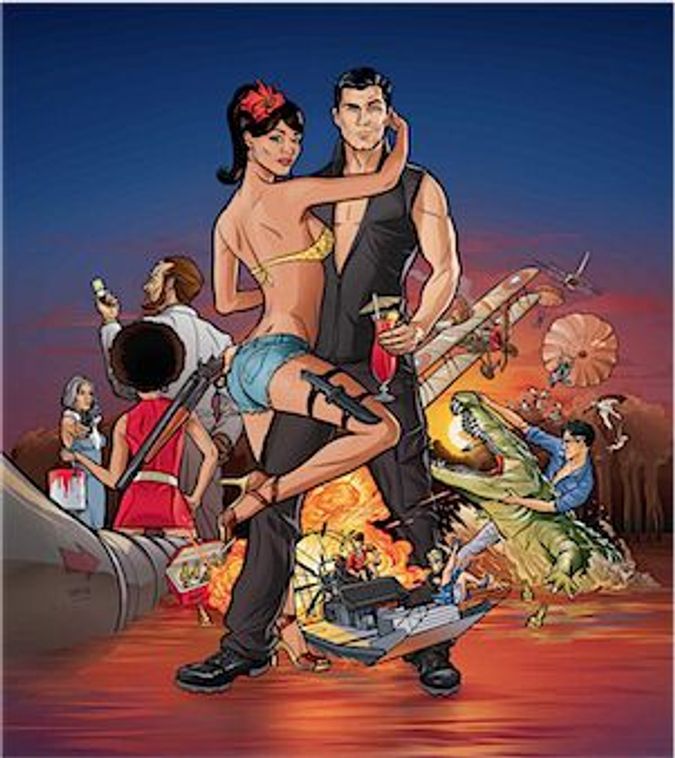 Image by Courtesy of FX

In a recent post, culture blogger Alyssa Rosenberg went further. “The evaluation of whether a female character is strong shouldn’t be about whether or not the character herself demonstrates physical or emotional resilience, but about whether the execution of the character… is precise and unique,” she wrote. “”Strong,’ if we’re going to keep using the term, should be an indicator of quality, rather than of type.”

I couldn’t agree more. And it’s a reason that “Archer” — Adam Reed’s animated spy comedy now in its fourth season on FX — is one of the best shows on television.

There’s a lot to like about Archer. The bold animation, the machine-gun jokes, the whirligig plots, the incredible cast of voice actors. The whole show is a bundle of fun. But it’s the characters — particularly the female characters — that make it excellent.

It’s ironic that the show with the best-written women is also home to the most outrageous misogynist. On the surface, “Archer” is dominated by super-spy Sterling Archer, voiced by the inimitable H. Jon Benjamin. He is an awful guy in every way, albeit hilarious. (Consider a crack from the first episode of this season: “Sour mix in a margarita? What is this, Auschwitz?”) But the show really gets its oomph from the rest of the characters, most of whom are female and all of whom are strong, at least in the Tavi Gevinson sense.

There is Lana Kane (Aisha Tyler), Archer’s fellow agent and ex-girlfriend, who is strong in the expected way (she is a female secret agent) and also the least interesting, thanks to her role as straight-woman to Archer’s frat boy. Despite her competence, she is often in need of saving (usually because of Archer’s recklessness), which is cause for endless frustration. This being a postmodern cartoon, the gender politics of the situation are overt. These characters know the roles they’re playing.

Malory Archer (Jessica Walter, of “Arrested Development” fame) is somewhat more complicated. As a former spy and current head of the ISIS spy agency she’s strong in a conventional sense, but also conniving, manipulative, greedy, selfish, untrustworthy and immoral in a dozen different ways. If “strong” means “precise and unique,” rather than “admirable,” Malory surely delivers.

The show’s best pair, however, is Cheryl Tunt (Judy Greer), Malory’s secretary, and Pam Poovey (Amber Nash), the agency’s human resources director. As a ditzy, glue-sniffing airhead who enjoys being strangled during sex and also happens to be the fabulously wealthy heiress to a railroad fortune, Cheryl has some piquant qualities. But it’s Pam who is the show’s standout star and, in my opinion, one of the best characters on television.

If Hannah Horvath — Lena Dunham’s privileged-yet-struggling character on “Girls” — was 10 years older, had grown up on a dairy farm in the Midwest, and became the human resources manager of a spy agency in Manhattan, she might be something like Pam. Overweight, sexually frustrated, nosy and a blabbermouth (not an attractive quality in an HR director), Pam is the object of constant ridicule by her office mates. She’s not the only target — a good part of the show consists of characters hurling hurtful words at one another — but she’s the most frequently abused.

We may have a while to go before we see truly strong female characters everywhere in pop culture. But if an animated show that guns down political correctness with all the weaponry of the ISIS armory is leading the way, that’s a pretty good sign.