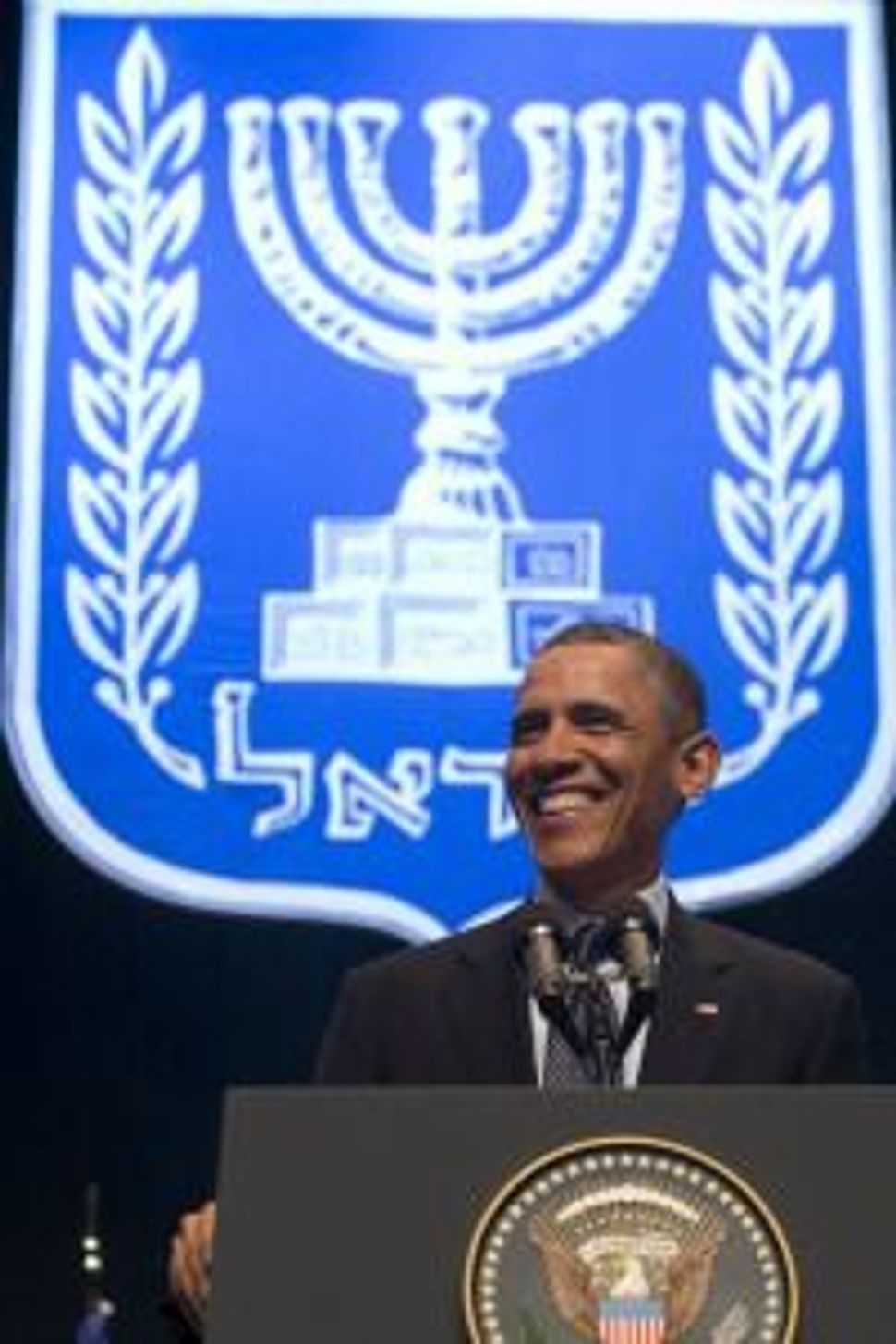 President Obama, on the second day of his Israel trip. Image by Getty Images

All of you avidly following President Obama’s trip to Israel this week will be happy to know that the visit now has its own Pinterest page, called “The Unbreakable Bond: #ObamaInIsrael.”

Run by Israeli volunteers of the Ministry of Public Diplomacy, the page features 18 boards and 198 pins showing everything from the Jerusalem preparations and the President’s arrival at Ben Gurion airport, to Obama and Bibi tasting matzo while checking out robots at the Israel Museum.

All that’s missing are nifty DIY recipes for him to try out while he’s there. Don’t worry though, we’ve got him covered.

Watch Obama say how happy he is to be in Israel — in Hebrew: