New York According to Creator of ‘Spy vs. Spy’ 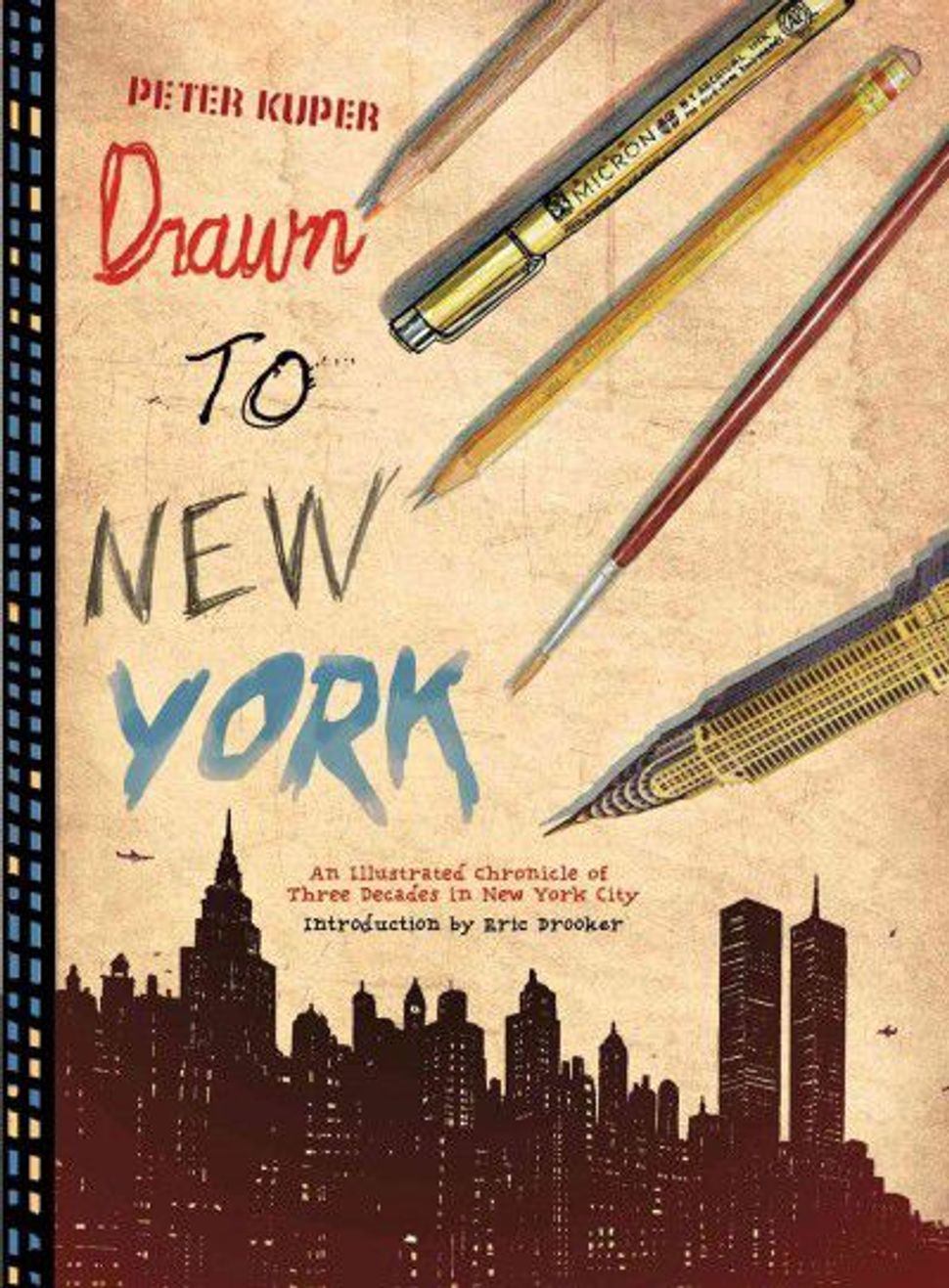 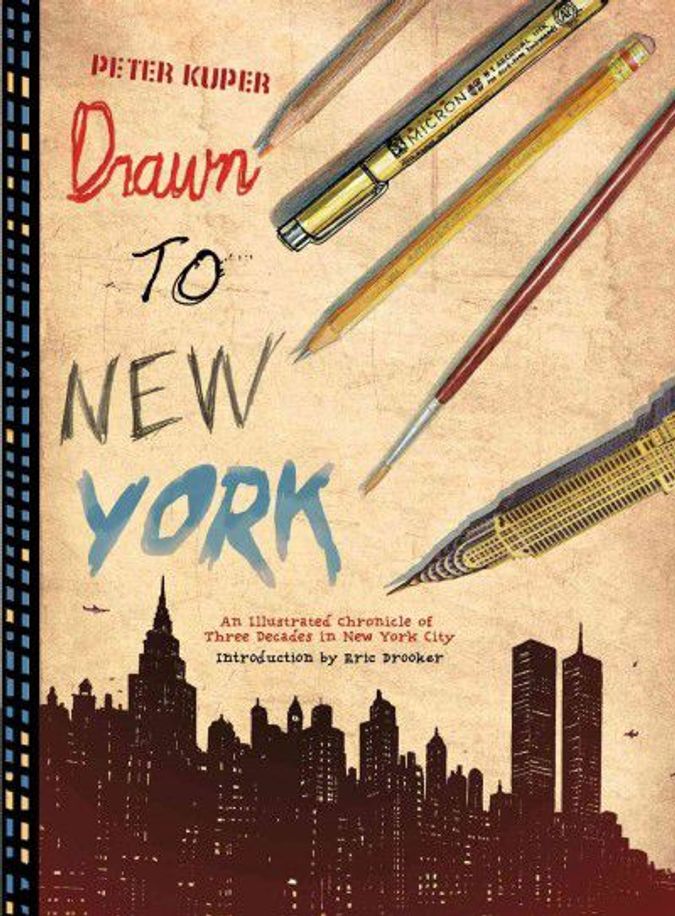 This oversized, four-color 30-year compendium of comics, magazine illustrations, painting and sketchbook work by the artist best known for his “Spy vs Spy” pages in Mad Magazine, is stunning in its variety and vividness. “Chronicle” is evidently a play on words, because Kuper is looking at his Manhattan experience — ever since he moved from Cleveland in 1977 — from all sorts of angles, including geographical, aerial, animal, and, of course, human. It’s not always a pretty sight, that’s the price of admission to the real-life Greatest Show on Earth. The Mexican and French publishers of the volume, which preceded this version, must think so, too.

We don’t see the evidence here, but Kuper started as in comics by inking “Richie Rich,” and many of the pages of “Drawn to New York” might be understood as a depiction of the world that real-life Manhattan rich people would prefer not to see. Not that Kuper, a founder of the iconoclastic “World War 3 Illustrated,” is didactic. He takes in street violence, poverty, prostitutes, ecological and architectural crimes almost casually: How would you recognize modern New York without them? He also likes to be self-indulgent: the endangered species in the city is himself, threatened by some random or still unspecified source that makes 9/11 almost a relief in its specificity.

Kuper is historical minded, a self-taught scholar of past images. From Thomas Nast to the Ashcan school to Winsor McCay, from the early comic strip artists (before ethnicity was airbrushed out) and George Bellows to The New Yorker’s Saul Steinberg, the visualized, vernacular New York has been experienced as self-absorption and enjoyed vicariously across the planet for more than a century and a half. This saga, re-enacted in Kuper’s own work, is more like a stream of constant interruption, abandoned genres and new beginnings than anything approaching a narrative of continuity. It all leads up to… Kuper! Not that he would make such a claim for himself.

But why not? Along with the pure artistry of the work and the focus on specifics (music is a favorite; Kuper did a brilliant children’s book, “Theo and the Blue Note,” with colors substituted for sounds), there’s ample self-commentary as well. He’s a plain guy on the street, sometimes a victim, sometimes a mere observer, occasionally the object of a quizzical, saddened self-portrait. Mostly, though, his gaze goes onward, and when it goes west of the Hudson, it has gone too far for comfort. He left behind the Cleveland of the late Harvey Pekar (who encouraged him), the teenage creators of Superman, and so much else deeply Midwestern, to work, to live and to struggle in New York. If Thomas Nast, with his art, exposed political crooks and helped Abraham Lincoln change American history, Kuper is just as angry and just as intent on delivering an eclectic protest message. But not with sledge-hammer politics.

Readers will find the deepest truth in these pages by following their own interests. Eric Drooker’s scant introduction is not as much help as I would like, and Kuper’s own preface goes by too quickly, but it offers an essential clue to the volume. This is “an epic love poem” (in Drooker’s words) where “Gotham’s screaming whirlpools of cement, aging tenements and deafening rhythms have made it onto the page intact.” All that and the stylings of a marvelously talented comic artist.

New York According to Creator of ‘Spy vs. Spy’