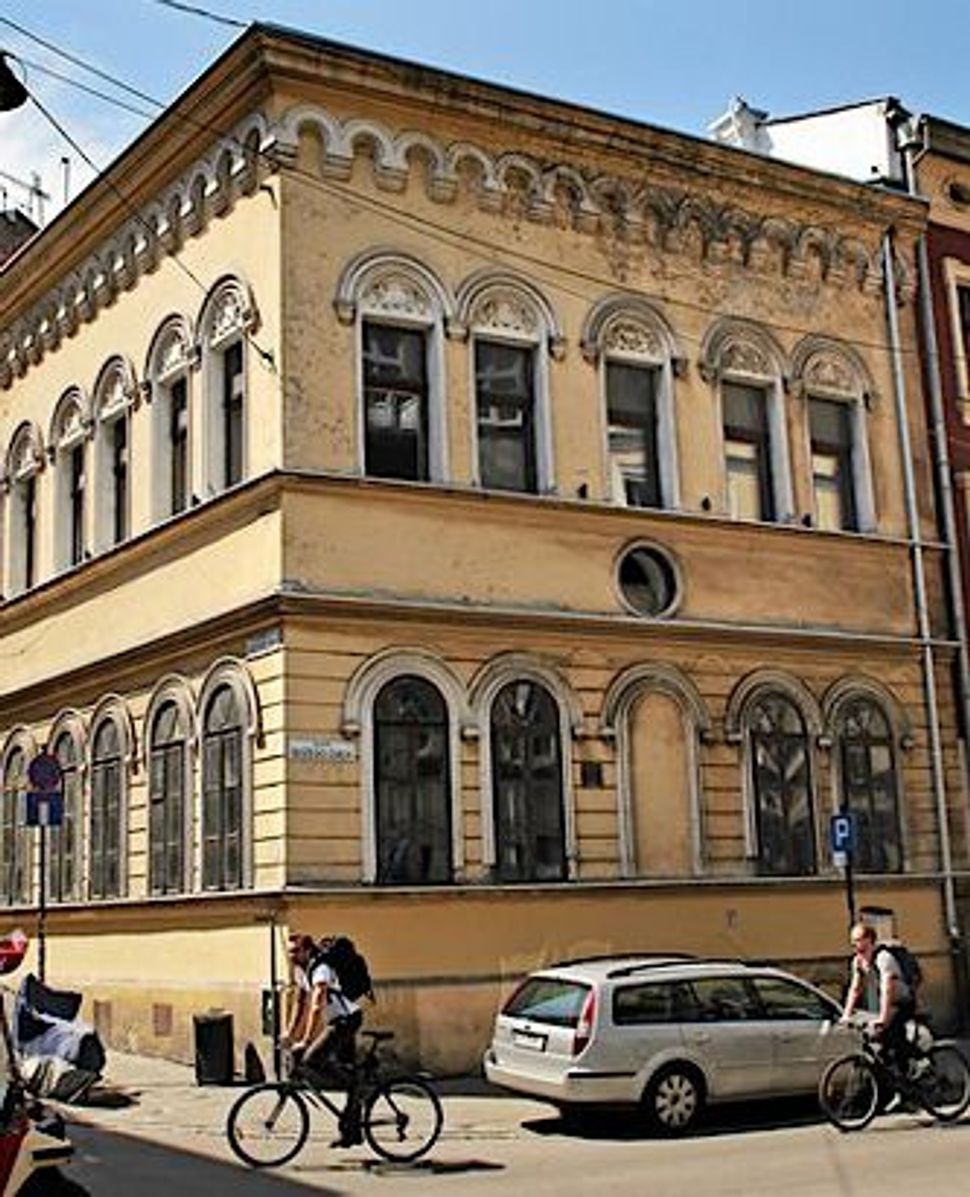 To the dismay of guardians of Jewish heritage in Poland, a former Krakow beit midrash, or Jewish house of prayer and study, reopened as a disco this past weekend. 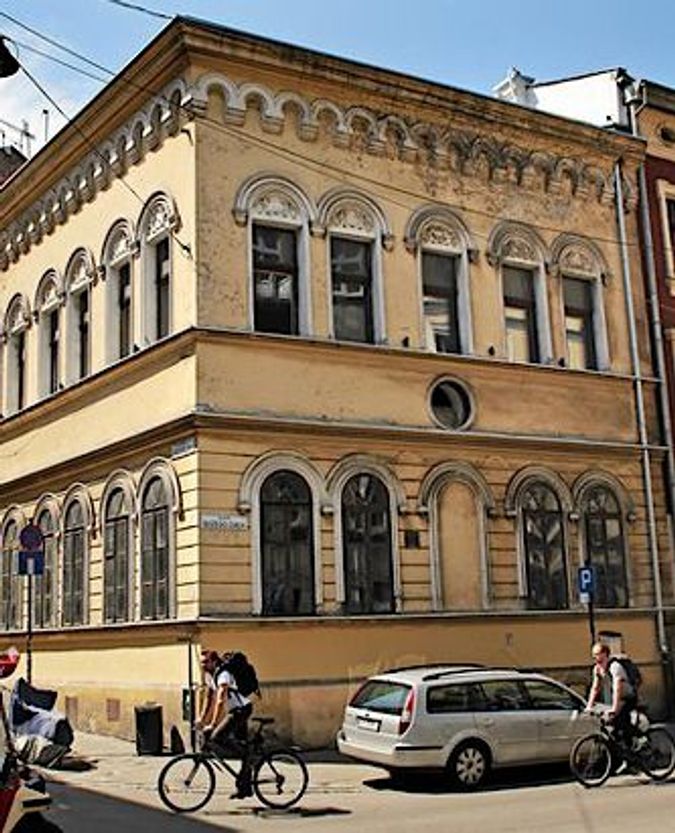 It was first reported in Gazeta Wyborcza, a local media outlet, that a new club called Mezcal would be opened in the Kazimierz district in a structure that was once the Chewra Thilim beit midrash. The article named the various DJ’s and bands that would perform, and described the light shows and parties that would take place in the space with valuable frescoes on its walls.

The building, designed by Nachman Kopald, was built at the corner of Meisels and Bozego Ciala streets in 1896. It was utilized as a dance studio after World War II, but was restituted to the Krakow Jewish community in 2001. The building had reportedly been vacant and unmaintained since 2006.

Members of the Managing Jewish Immovable Heritage conference visited the site last month after the president of Beit Krakow, the city’s small reform congregation, informed conference organizers that she had heard that the property would be turned into a restaurant. Her congregation had been hoping to use the space for its own needs.

The delicate wall paintings of religious sites and biblical animals were discovered in 2008. Because they are not on Krakow’s list of protected heritage, there is no legal obligation for renovators to preserve them. Photos published of the renovation for the nightclub showed the frescoes, but it was not evident that they were being protected in any way.

“It is a scandal that the club will be in such a place. This is a monument! There are wonderful paintings! Who has allowed this?” wrote one incensed reader of the Polish article. “As an art historian, I am crying, and as a man and a Catholic I am appalled that the club is located in the former synagogue. I would not like a church to be used for such things.”