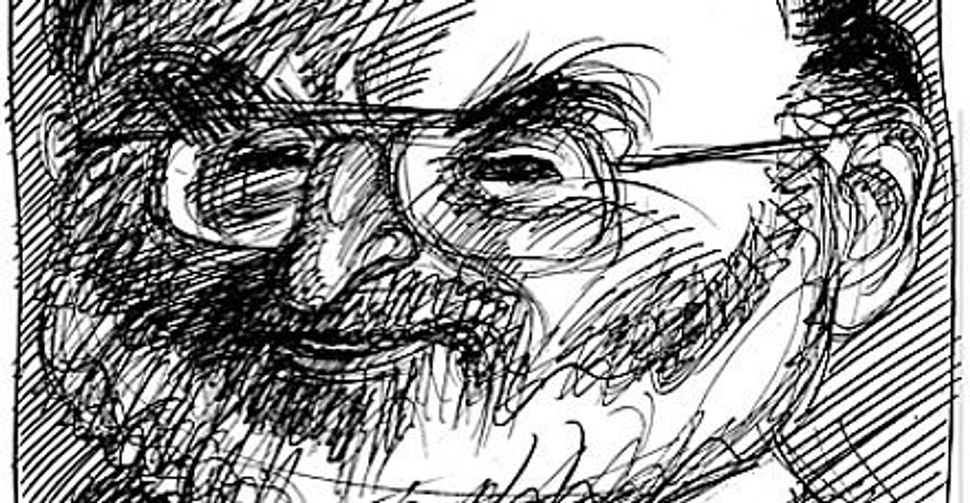 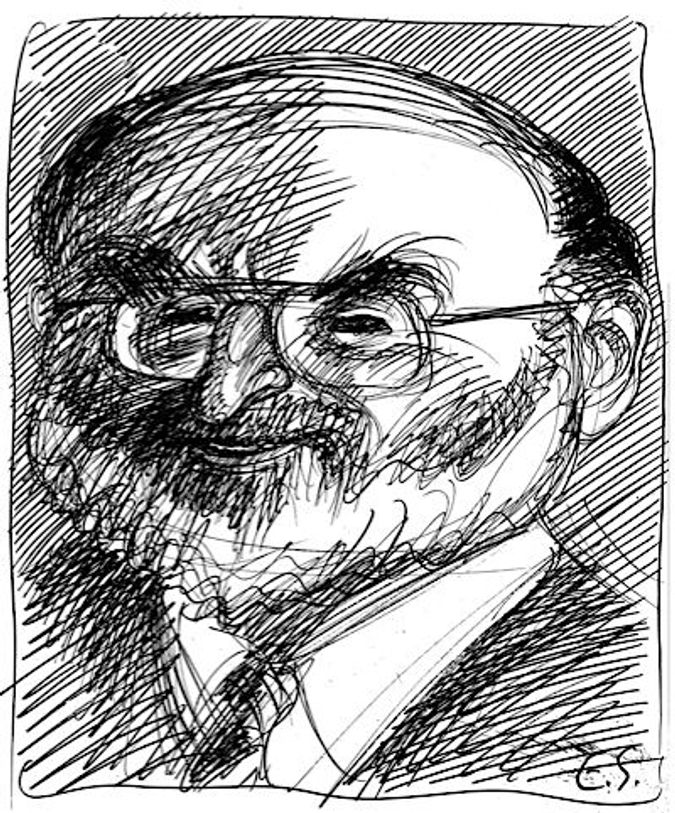 On the back flap of his new book, Victor Navasky is portrayed in a kinetic caricature by the illustrious Edward Sorel. It’s one clue about Navasky’s deep connection to political cartoons explored in “The Art of Controversy,” a personal history as well as learned survey of the form.

The former editor and publisher of The Nation, Navasky first published political cartoons as editor of Monocle, a “radical sporadical” satirical journal he founded in the late 1950s. More recently, he engaged with the infamous “Muhammad” cartoons that sparked rioting across the Muslim world, choosing not to run them in this very book, a decision he explains at length. With lucid, funny takes on artists from William Hogarth to Ralph Steadman to Doug Marlette — and an entire chapter on Der Sturmer, the Nazi propaganda magazine whose vicious cartoons demonized Jews — Navasky brings the art form’s power to life. The Arty Semite spoke to him from Manhattan.

Michael Kaminer: What is it about cartoons that spark such emotional reactions?

As I said in book, one reason cartoons are so powerful is that if you don’t like an editorial, you can write letter to editor — you can answer it, even in your head. If you don’t like a caricature, there’s no way to write the same letter in your head. There’s no such thing as a cartoon to the editor. And to make it worse, it’s unfair. By definition, caricature is exaggeration. Though there’s always a nagging suspicion is that the exaggeration is truth.

Does a political cartoon do its job if it’s not controversial?

I got interested in the ones that cause trouble, but of course it does. I included Herblock, many of whose cartoons were political and took a stance and summed up an attitude — you have Nixon coming out of a sewer with five-o-clock shadow. Herblock’s shadow of a hydrogen bomb on the UN symbolized something that, as Ralph Steadman put it, you couldn’t put into words.

It seems there are a lot of Jews in political cartooning, just as there are in comics. Why do you think that is?

The answer is I don’t know, but I’m sure it’s the same reason why Mort Sahl, Lenny Bruce, you name it — all other great standup comics in this country — were Jewish. Something to do with being the underdog, identifying with people who are downtrodden, and some streak of humor that is part of the culture if not the DNA.

You explain the history behind Der Sturmer’s characterizations of Jews, and how that stoked the Nazi propaganda machine. Is that use of cartoons unparalleled in history?

I’m one of those who thinks the Holocaust was not repeated elsewhere in history. I think it may have been unique, but I could be wrong.

Is it paranoid to think that depictions of Israeli politicians seem especially vicious and crude compared to cartoons of other public figures?

It’s partly a matter of selection. I intentionally picked Der Sturmer because it had such a powerful impact. Those cartoons are by definition anti-Semitic, cruel, and vicious, with exaggerated stereotypes. Some of that, people argue, lingers on today’s in depictions of Israelis by unsympathetic cartoonists. But (the late Pulitzer Prize-winner) Doug Marlette gave a pretty good answer. He was criticized for drawing someone with big nose. He said, “Well, he has a big nose.” The trick of being good cartoonist is using stereotypes — which as (the late New York Review of Books caricaturist) David Levine pointed out everyone does — without being racist, sexist, and without doing hate speech in visual language.

It seems like untangling anti-Israel cartoons from anti-Semitic cartoons is tricky. How could you characterize that kind of judgment?

My answer would best be case by case. It doesn’t’ sound intellectually satisfying, but it’s like Potter Stewart’s definition of obscenity — I know it when I see it. It’s the visual equivalent to language — there are people who are anti-Zionist, anti-Semitic, and Anti-Israeli, and they sometimes get mixed up. The same artist might express one, two, or three of those views.

Can cartoons have the same impact in a digital world as they have historically? What is their equivalent?

It’s almost a cliché to say political cartoonists are an endangered species. They’re subject to some of same forces plaguing the newspaper and magazine businesses. On the one hand. On the other, every day a new app’s being invented. There are more and more places where cartoons and caricatures can be seen. Different media — as McLuhan taught us — have different ways of affecting us emotionally, the way we think, the way we see. I suspect different media also affect how artists create. We’re going to find that just as the invention of oil paints and acrylic affected how some artists painted and drew, these media the size of cel phones are going to affect how caricatures and cartoonists present their subjects. I see these new online and other media as being an add-on, and not a replacement, of the power of traditional black and white cartoons. People always think a new medium will put the old one out of business. But they don’t go out of business. There’s just something else to contend with. In the new media environment, a thousand cartoonists will find ways to bloom.

I don’t have a single favorite, but I have a real affinity for the work of someone not even in the book, Ed Koren. I use political cartoons in the subtitle [“Political Cartoons and Their Enduring Power”] in a limited way, but Ed Koren’s fuzzy characters always stop and they make you think. I admire that imagination. He has a way of looking at the world.