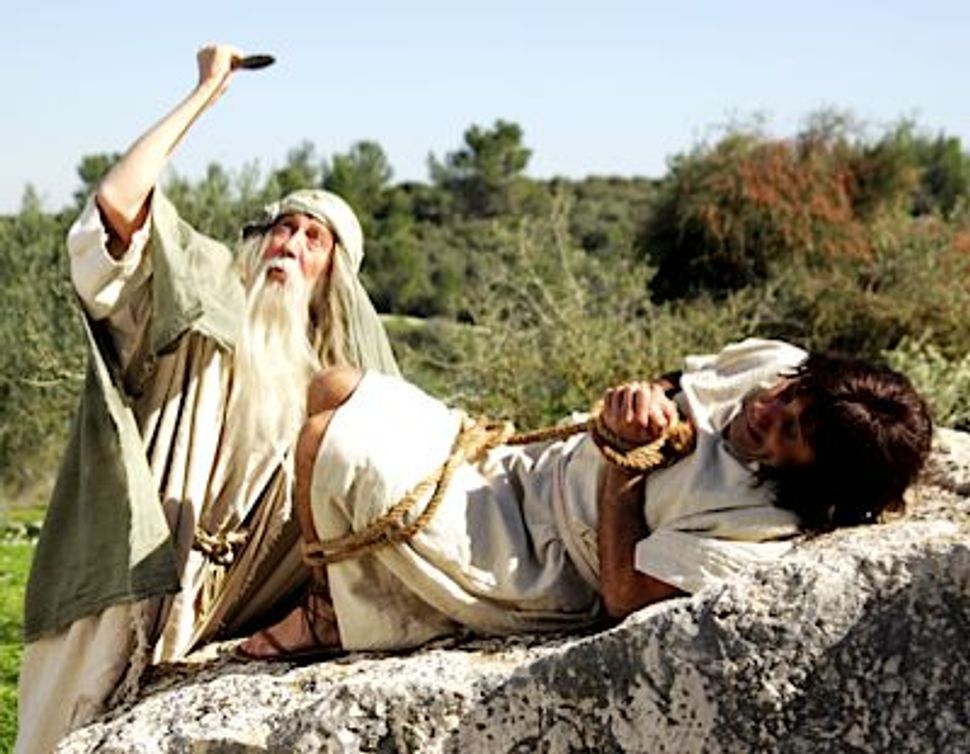 How long does it take for Israelis to form opinions about a TV show that hasn’t aired yet? The answer, in the case of “Hayehudim Ba’im” (“The Jews Are Coming”) – a new satire slated for fall air on Israel’s Channel 1 – is 19 seconds. 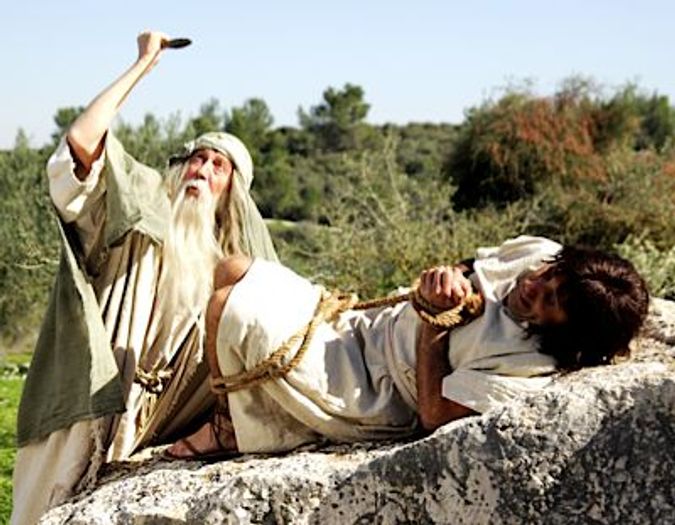 Last weekend, Channel 1 premiered a 19-second promo that was met with immediate outrage. The clip, styled like a song from a children’s show, featured three actors portraying murderers Baruch Goldstein (who killed 29 and wounded 125 Palestinian worshipers in Hebron, in 1994), Yigal Amir (who assassinated prime minister Yitzhak Rabin in 1995); and Yona Avrushmi (who killed one person and wounded nine, in1983). The trio, smiling and dancing, sang, “sometimes I assassinate and sometimes I butcher, but I am a right-wing murderer.”

The backlash was immediate, with comments on YouTube and Facebook denouncing Channel 1 and “The Jews Are Coming” creators Natalie Marcus and Asaf Beiser, calling them “Nazis,” and accusing them of painting all religious settlers as murderers. The response caused Channel 1, which is Israel’s public broadcasting network and is supported by taxes, to pull the promo, and — according to some reports — cut the song from the yet-unaired episode of the comedy. (To view the clip click here.)

Having met Marcus this summer through friends, I had also seen some of the early footage from “Hayehudim Ba’im” — the sketches were edgy, funny, sharp and smart, based on episodes from Jewish history. It felt like someone had taken the contemporary sensibility of Saturday Night Live, added more than a splash of alternative, Monty Python-meets-Upright Citizens Brigade-style comedy, and threw it into a blender with Jewish history, including the Bible. So when the promo became virally infamous in a matter of hours, I called Marcus for some explanations about the show’s content as well as for an inside look at the controversy.

Originally built for Channel 10, “The Jews Are Coming” is “a different look at Jewish history from Abraham until the 1990s,” Marcus explained, but the show itself is not primarily left-wing. “Yes, we are left-wing liberals but the show is much more than our political views. We also wrote sketches about Kafka and Dreyfus, and even Eliezer Ben Yehuda [who pioneered the use of modern Hebrew] — a lot of the sketches don’t fall into the category of ‘left’ or ‘right.’ We have a range of opinions, ways of looking at history from different angles, giving our interpretations of different stories.”

As to the specific charge of painting “settlers as murderers,” Marcus said that although the promo may have “ignited the right-wing,” the sketch itself doesn’t say that. “In Israeli history, people who did these political murderers were right-wing, which is true, and in Israel, right-wing/left-wing is a potentially explosive subject, so the promo hit a nerve. There are people who are ashamed of this history, and believe that what we say is against the settlers. But we also got an email saying that Baruch Goldstein was a great man, and that we ‘aren’t half the man that he was.’”

Although the show was first developed for Channel 10, that station canceled it, along with other shows, because of financial problems; Channel 1 saw the pilot, read the scripts and bought it. Although there were some concerns about Channel 1, as a public station, being able to host a sharp satire like this, there was some precedent: the station had aired two other satires, “Nikui Rosh” in the 1970s and “Ha-Hamishiyah Ha-Kamerit” in the 1990s, and in a bid to be more relevant, recently aired “Shomrei Asaf,” released in the US as “The Gatekeepers,” about the Shin Bet.

Marcus believes that although the promo — pulled from one of the show’s most extreme sketches — was released deliberately to create a buzz, the exact nature of the buzz and the extent of the virality was not what Channel 1 had expected. “They didn’t understand how a 19-second promo would be seen,” she said. While these responses don’t surprise her, she doesn’t feel that the promo adequately represents the content of the show as a whole. “I thought that when people would watch the show, there would be a lot of reaction. It’s a great sketch — one of my favorites — but it positions the show in a specific place. Left-wing extremists won’t find it a hard enough satire, and the right wing will think we’re too left-wing, so they won’t watch it. It’s a shame people won’t judge the show from the show itself.”

Broadly speaking, Israeli comedy is much darker, more immediate and less politically correct than its American broadcast counterpart. “Maybe compared to the U.S., we have a mentality of making jokes very quickly,” Marcus said. “In the history of the Jewish people, we take it to a humorous perspective and this is how we survived. Humor was always embedded in our DNA.” But this doesn’t mean that there’s nothing off-limits. Even such well-accepted cultural satires as “Eretz Nehederet” will occasionally do an “extreme sketch that causes a big reaction.” As two examples, Marcus named an “Eretz Nehederet” sketch about Israel arranging to “rent” captured prisoner Gilad Shalit for 6 months a year — because rescuing him came at “an impossible price” — that caused an uproar, and an episode of “Matzav Ha’Umah” that posed a question about God’s potential existence, which “broke hell here,” Marcus remembered. “There are a lot of traditional people in the Israeli audience.”

So will “The Jews Are Coming” be coming to Channel 1 anytime soon? The timeline, which originally included an airdate at the beginning of October, is now on hold. Because it’s a public programming slate, developed using Israeli taxes, the approval always had to come from the Knesset. Now, “after this big explosion, we don’t know,” Marcus admitted. “We are ready and we want to believe we will be able to air the show as is. If they start censoring because they feel it is too extreme, that’s a whole different story. Everything’s hazy. Anything can happen.”