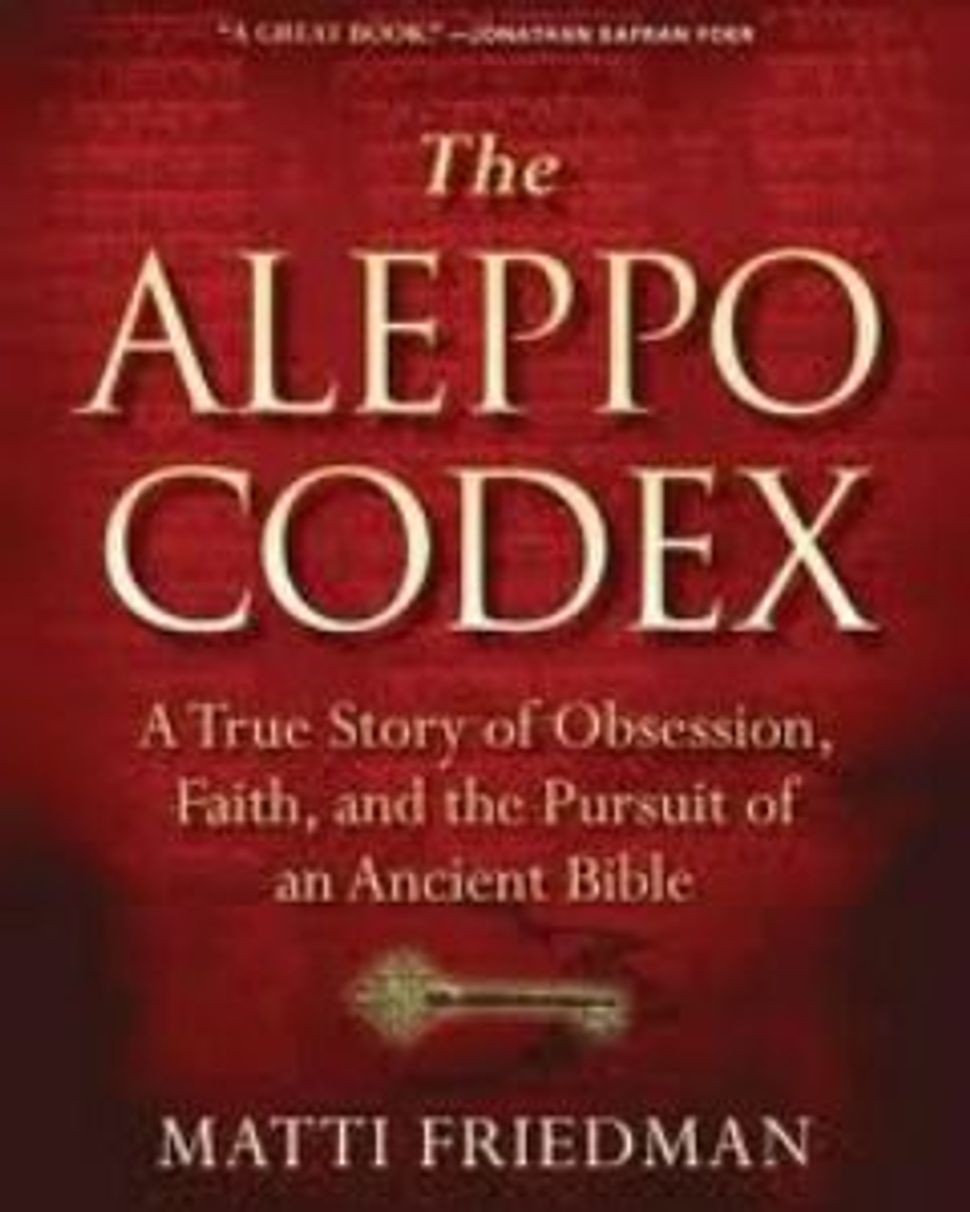 Carolyn Starman Hessel, Director of the Jewish Book Council, the coordinating organization for the Sami Rohr Jewish Literary programs, calls it “a true life detective story on a thousand-year-old Hebrew Bible.” That’s the description of Matti Friedman’s “The Aleppo Codex,” which has won the 2014 Sami Rohr Prize for Jewish Literature. The $100,000 prize is named for the the late businessman and philanthropist Sami Rohr, who died in 2012. In previous years, the prize — which alternates between fiction and non-fiction — has gone to such writers as Gal Beckerman and Austin Ratner.

The runner-up prize of $25,000 has been awarded to Sarah Bunin Benor, an associate professor of contemporary Jewish studies at Hebrew Union College – Jewish Institute of Religion in Los Angeles. She is the author of “Becoming Frum: How Newcomers Learn the Language of Orthodox Judaism,” which Hessel describes as a book about how “a community influences one’s speech patterns.”

The 2014 Sami Rohr winner and finalists will be feted at a ceremony in Jerusalem this January.