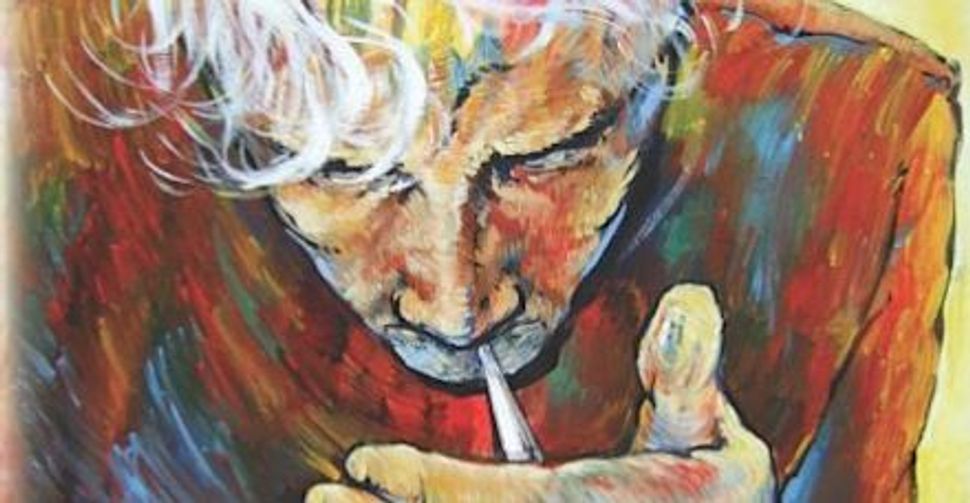 If poetry requires disclosure, I’ll start with one: I am a friend of Yermiyahu Ahron Taub’s, and a fellow Yiddish poet. He sent me his book with a kind dedication, and an additional inscription in his neat hand: bet-samekh-daled. That is, the author of this book entitled “Prayers of a Heretic” noted that his signature to me was written “besiyata-dishmaya,” with the aid of Heaven. 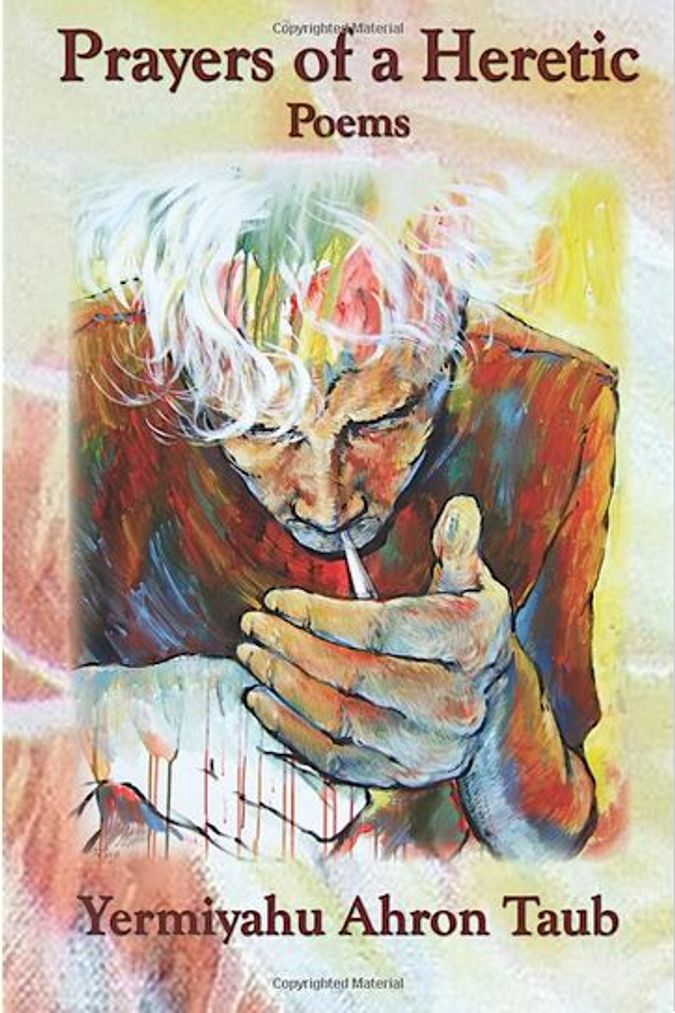 Such a juxtaposition is an illuminating introduction to the contradictions in Taub’s work. He left the ultra-Orthodox community, but that is not the subject of his poems any more than sex is the topic of Yona Wallach’s — that departure makes the poems possible, but the volume is not merely a translation of his personal story into poetic biography. Rather, this transformation gave him a set of tools. To become someone else is a lasting condition of every living person; Taub’s particular experience of that change makes him able to perceive it in others.

Taub’s poems are like short stories, or cleverly caught snapshots. His depiction of diverse personalities is sympathetic, sometimes even tender in its broadmindedness, and nearly unerring. Characters in a city crowded with people, abandoned and alone in their apartment, “snot pooling on [their] floorboards” (this from “The Woman Who Did Not Turn Her Sorrow Into Art” — itself a thought-provoking title); couples gay and straight, old and young, having sex in a real bed or in their imagination; cigarette smokers thrown into the world (“Temporary Outcasts”).

There are the eccentric denizens of the libraries which are their only refuge, and the quasi prophets caught in a dystopia they are powerless to prevent (these are some of Taub’s most strident, least nuanced, and thus least successful poems). Of course, as well, we meet those who have left the ultra-Orthodoxy of Taub’s youth.

“In Musical Limbo(s)” is a particularly acute rendering of the society that springs up among those who have left, and what they take with them into their other world. Leaving a club, walking together on the avenues of lower Manhattan, friends start recalling together the zemiros of their past lives. It is not nostalgia, or at least not only that, recalled here, but an aura that can perfume and elevate the most worldly of spaces:

One of us begins a melody.
It is Friday night, after all.
The candles lit by our families in neighborhoods not far from here
have long gone out.

A similar motivation, perhaps, accompanies Taub’s composition of poetry in Yiddish. The several Yiddish poems here are not mere curiosities but poetic correlatives of Taub’s motivating questions: How does one culture, when left behind, contribute to its replacement? How does one life sound when converted to another?

This is the book’s central theme: the quotidian but spiritual space between doubt and belief, separatism and submersion, and the person in the middle.

The most moving of these is the poem “Dialectic in Abeyance,” where the narrator views, from a distance, children in a religious school. Like the other poems in the collection, perhaps to the detriment of stylistic diversity, this poem is given voice by a omnipotent narrator, preserving intellectual distance and a close reading of the emotions that the poem’s characters are experiencing.

The heretic poet is “loitering across the street” as the children enter school to be educated “in the intricacies of submission.” These are contrasted with “children of the uncertain or the unbelieving,” who have no such collective memory of restrictions, rituals and boundaries. Even if these latter children do arrive later in life to such restrictions,

They will have to work harder to master these arcana, to submit,
For they have not learned through precepts bequeathed by elders.
Their missteps in the labyrinth, along with their zeal, will be noted.

They may find themselves longing for the ways of their parents, the
Mess of uncertainty and unbelieving.

Briefly they could swap stories from opposite sides of the heretical fence.